Forum: LGBTQ Youth must fight for a better world

Amidst a violent political and cultural landscape, LGBTQ Youth continue the fight 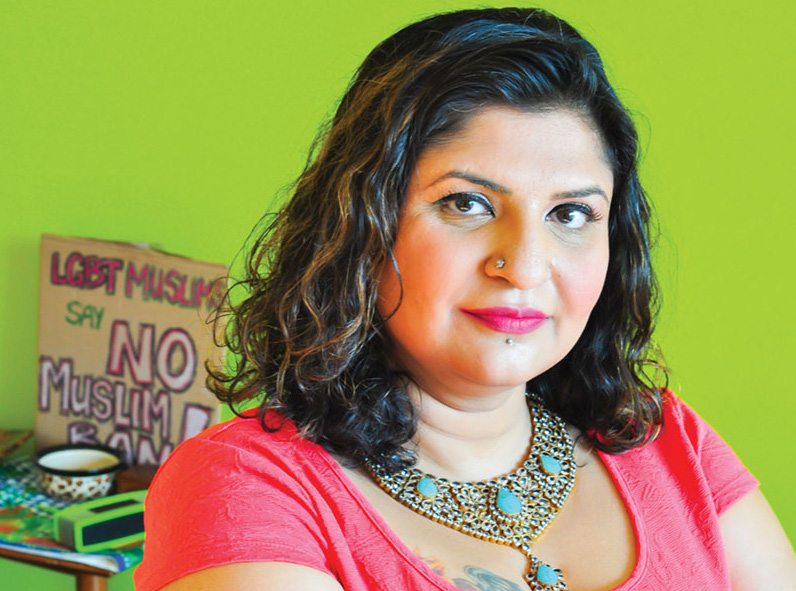 Last month, Advocates for Youth organized its 17th annual Urban Retreat: Youth Activist Institute in Washington, D.C. Each year over 120 youth activists gather to share expertise with one another and Advocates for Youth staff, learn about the latest findings and legislation that affect sexual and reproductive health and rights including LGBT rights, participate in trainings, and make a commitment to be lifelong advocates for young people’s reproductive and sexual health and rights.

This year, the urgency of our issues and the commitment from young people to organize and mobilize was more palpable than ever before. The 120 young people included immigrants, people of color, LGBTQ youth, Muslim youth, and young women of color, all using their collective voices to push back on the increasingly normalizing culture of hate, and making a commitment to do the same when they go back home to their communities.

For LGBTQ youth — and especially for those who are at the intersections of being youth of color, immigrants, undocumented, HIV positive, or Muslim — these are terrifying times. From the announcement by the president to end DACA, endangering the lives of 800,000 young people to the proposed changes on the title IX guidance that would weaken protections for sexual assault survivors in schools, to the continued attacks on the Affordable Care Act, or the two executive orders and one proclamation about the Muslim Ban that has set into motion hatred towards the Muslim community — all are examples of Trump’s simultaneous attacks on marginalized communities.

When it comes to the Muslim ban, the executive orders push the false narrative that somehow this administration is “protecting” the rights of LGBT people from Muslims, whom they blame for intolerance. This is ironic, given the administration’s own hateful position towards the LGBT community.

We see this this in the discriminatory policies towards the trans members of our community, such as rescinding the guidelines that protected trans youth in school. In the first six months of 2017, 14 states have considered legislation that would exclusively limit transgender students’ rights, restricting access to bathrooms and locker rooms in public schools. In a hearing, Secretary of Education Betsy DeVos could not definitively say that her Department would actively go after schools that discriminate based on LGBTQ identity.

We also see this in the appointment of the Center for Family and Human Rights, designated by the Southern Poverty Law Center as an anti-LGBT hate group, to the official U.S. delegation to the United Nations Commission on the Status of Women. We see this in the executive order on religious exemptions and in the appointment of Valerie Huber, the president of Ascend, as the chief of staff for Assistant Secretary of Health and Human services. Ascend advocates for harmful and ideologically based, non-scientific, abstinence-only sex education. She is not only an abstinence-only crusader, but also has anti-LGBT sentiments and supports homophobic and transphobic abstinence-only programs for young people.

Young people understand the hateful realities of these times and are committed to holding each other up and fighting back. Recently, Advocates for Youth brought together a group of young Muslim leaders to work on reproductive justice, LGBT rights and immigrant rights. Their vision of the world they want to live in and their love for one another left us in awe. We wish for a country and a world that is beautiful enough and bold enough to hold them. Let’s get working on that.

Urooj Arshad is the director of the International LGBTQ Youth Health and Rights Programs at Advocates for Youth. She is the co-founder of the Muslim Alliance for Sexual and Gender Diversity. Follow her on Twitter at @roojielicious.

← Previous Story Forum: We Need to Fight the NRA and GOP on Guns
Next Story → Forum: Aiming for Control