Letter to Senate colleagues blasts nominee for denial of climate change and anti-LGBTQ rhetoric, among other issues

By John Riley on October 26, 2017 @JohnAndresRiley 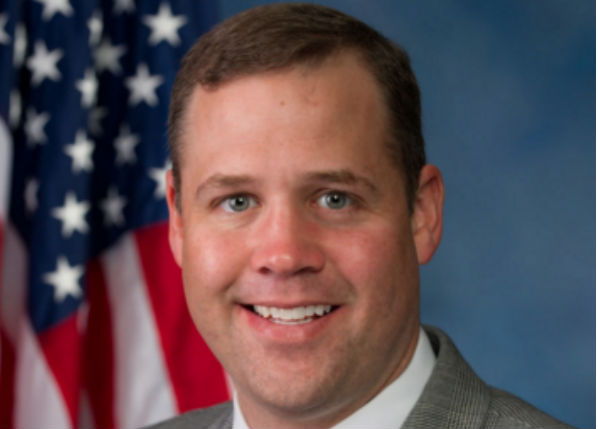 U.S. Sen. Patty Murray (D-Wash.) has sent a letter to her colleagues on the Senate Committee on Commerce, Science, and Transportation, urging them to oppose the nomination of U.S. Rep. Jim Bridenstine (R-Okla.) to serve as administrator of the National Aeronautics and Space Administration.

In the letter, Murray criticizes Bridenstine’s outspoken opposition to LGBTQ rights, women’s rights, and immigrant rights, as well as his refusal to acknowledge climate change. She also questions Bridenstine’s background in science and whether he understands basic scientific concepts — questions that would seem to make him a bad choice to head NASA.

“Since its creation, NASA has played a singular role in American life,” Murray said in a statement. “The agency has inspired countless young people to pursue careers in science, technology, engineering, and math, and has stirred curiosity in billions of individuals across the world. Rep. Bridenstine’s denial of fundamental scientific facts and long record of bigoted and hateful statements run counter to this legacy.

“Given his very public statements and positions, it is clear Representative Bridenstine would move us backwards not forwards, and I urge you to vote against his nomination,” she concluded.

In the letter addressed to the committee, Murray paints Bridenstine as utterly unqualified for the position he is seeking. noting that he has repeated debunked claims about global temperatures in an attempt to prove that climate change is a hoax.

She also criticized past tweets from him (“Today’s House Science Committee Hearing On Global Warming Was Cancelled Because Of Snow!”) that failed to distinguish between local weather conditions and the broader planetary climate. Given that initiatives monitoring climate change have become a significant part of NASA’s mission — the agency requested $1.8 billion in its 2018 fiscal year budget to carry out such projects — Murray feels Bridenstine should not be heading the agency.

Elected in 2012, Bridenstine has been a longtime opponent of LGTBQ rights, with a history of statements demonstrating animus or hostility towards the community. In a May 2013 speech, he suggested that all LGTBQ individuals were sexually immoral, stating: “Some of us in America still believe in the concept of sexual morality, tat sex is intended for one man and one woman within the institution of marriage.”

Later that year, following the Supreme Court’s decision overturning part of the Defense of Marriage Act, Bridenstine called the decision a “disappointment” and vowed to “continue to fight for traditional marriage.”

Bridenstine has been a frequent guest on, and twice co-hosted the anti-LGBTQ Family Research Council’s radio show, Washington Watch with Tony Perkins. Perkins and many of his guests have pushed anti-LGBTQ rhetoric on that show, and FRC was even designated as a “hate group” by the Southern Poverty Law Center for trafficking in false claims about the LGBTQ community, using discredited research and junk science to justify their position. Perkins himself has even called LGBTQ activists “intolerant, hateful, vile, spiteful pawns of the Devil.”

As a member of Congress, Bridenstine was one of those who voted against an LGBTQ-inclusive version of the reauthorization of the Violence Against Women Act. He also claimed that the act and its key domestic violence programs “[misallocate] scarce federal resources,” and downplayed Donald Trump’s comments on sexual assault, refusing to condemn them and saying they amounted to nothing more than “locker room talk.”

Bridenstine will next appear before the Senate Committee on Commerce, Science, and Transportation on Nov. 1 for his confirmation hearing. Republicans currently control the committee, 14-13, but most of the Republicans on the committee hail from solidly Republican states, making it unlikely they will buck their party to oppose a Trump nominee.

If approved by the committee, Bridenstine’s nomination will then be sent to the full Senate for final approval, where he needs at least 50 votes to be confirmed.

John Riley is the local news reporter for Metro Weekly. He can be reached at jriley@metroweekly.com
← Previous Story Louisiana sheriff’s office accused of discriminating against deputy with HIV
Next Story → HRC opposes Brownback for State Department religious freedom post