By John Riley on October 5, 2017 @JohnAndresRiley 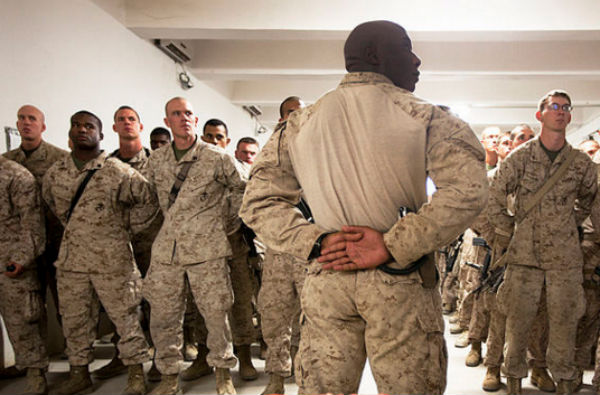 On Wednesday night, the Trump administration filed a motion to dismiss the case of Doe v. Trump, the first of four lawsuits challenging President Trump’s ban on transgender service members.

The administration argues that transgender individuals have not yet suffered any harm or “injury” from the ban, and thus asked the U.S. District Court for the District of Columbia to dismiss the lawsuit and oppose the plaintiffs’ demand for an emergency injunction to stop the ban from being enforced.

In its brief, the Trump administration argues that interim guidance released by the Pentagon on Sept. 14 puts in place protections that guarantee that no current service member will be forcibly discharged or denied the opportunity to re-enlist in the Armed Forces until Defense Secretary Jim Mattis finalizes a new policy that implements Trump’s desired ban on transgender military personnel.

Because that policy will not be implemented until March 2018, under the interim guidance, transgender people will be able to serve or re-enlist for a new term (though not indefinitely afterwards) through February 2018.

As such, the government argues, the plaintiffs in the lawsuit don’t have standing to sue, and any such “injury” they believe to has suffered is speculative, at best.

“The six Pseudonym Plaintiffs, who are currently serving in the U.S. military, seek a preliminary injunction that they may not be separated from the military, denied reenlistment, demoted, denied promotion, or denied medically necessary treatment on the basis that they are transgender,” the administration argues. “But none of those alleged injuries are occurring, or will occur, under the Interim Guidance. And beyond that, it is unclear whether those currently serving members will be affected by the future policy regarding service by transgender individuals once it is finalized and implemented.”

The government also argues that the court should not issue a preliminary injunction.

“While Plaintiffs are not suffering any injury during the interim period when the policy is being examined — and may never be injured by the policy finally adopted — the Government is convening a panel of experts to study the policy, analyze the data, and provide recommendations,” the brief continues. “The public interest would be significantly harmed if an injunction precluded the President and Secretary of Defense from receiving expert advice on important issues of military personnel policy and acting in light of the results of that study.”

The plaintiffs in the suit, which include five anonymous active-duty transgender female service members, a male transgender ROTC cadet and a male transgender Army second lieutenant, are being represented by GLTBQ Legal Advocates & Defenders and the National Center for Lesbian Rights. The lawyers for the plaintiffs blasted the government’s contention that their lawsuit be dismissed.

“The government’s response reads like pure fiction,” Jennifer Levi, director of GLAD’s Transgender Rights Project, said in a statement. “It states a fantasy that the President’s announcement of a ban on military service for transgender people has changed nothing. That’s simply not true. Every day this reckless ban stays in place, our military strength is diminished and our country is less safe for it.  We are optimistic the Court will see through this smokescreen and halt the ban.”

Shannon Minter, legal director for NCLR, contends that announcing the ban has left transgender individuals in the military or wishing to join the military with a strong degree of uncertainty.

“Because of the President’s ban, smart, dedicated, and idealistic young people like our plaintiffs Regan Kibby and Dylan Kohere are barred from fulfilling their dreams of military service,” Minter said in a statement. “And transgender people who are already serving have been told that their skills, training, and years of dedicated service are not valued. The ban has left them scrambling to make new plans for their futures, just as it has undermined our nation’s security. This is the exact opposite of how military policy should be made.”