By John Riley on October 17, 2017 @JohnAndresRiley 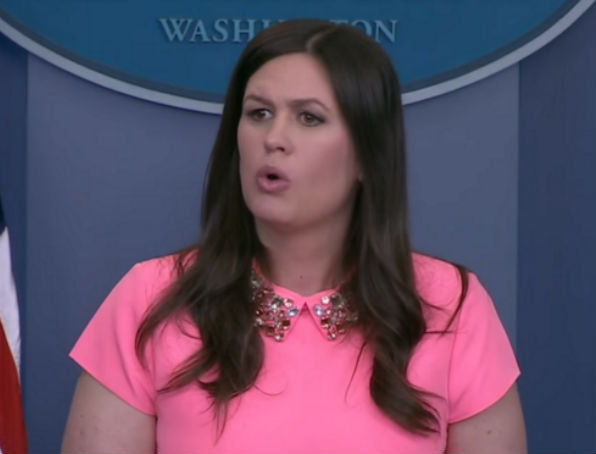 The White House is livid and pushing back against a story in The New Yorker that alleged that President Donald Trump joked about Pence wanting to “hang” gay people due to his religious beliefs opposing LGBTQ rights, reports Politico.

The New Yorker profile of Pence claimed that Trump joked during a meeting about LGBTQ rights that a visitor shouldn’t bother asking Pence’s opinion because “He wants to hang them all!” Jane Mayer, the author of the article, also reported that the president mocked Pence behind his back for his religious beliefs and asked people who met with him if Pence made them pray.

More than a day after the story broke, the White House released a statement denouncing the claims made in the story.

“From start to finish the article relied on fiction rather than facts,” White House Press Secretary Sarah Huckabee Sanders said in a statement to Politico. “The president has the highest level of respect for the Vice President, and for his deeply held faith. The suggestion that he would make such outrageous remarks is offensive and untrue. The anecdote was meant to divide, not unite and is completely false.”

The New Yorker said it stands by its reporting.

“The Vice President’s press office declined to participate in this story for months, after multiple requests for interviews, comment, and fact-checking,” a spokesperson for the magazine told Politico in an email.

“We heard from the press office only after the piece had closed, late Thursday,” the email continued. “In the course of fact-checking this piece, we talked to more than 60 people to confirm the reporting contained therein, including senior White House officials, a senior member of the Vice President’s office, the RGA, Rep. Elijah Cummings [D-Md.], and multiple people who were in the room when President Trump joked that Vice-President Pence ‘wants to hang’ gay people. We stand by the story.”

The Vice President’s office also took issue with the profile’s contention that Pence was cozy with Indiana’s gaming industry when he served as Indiana’s governor and the claim that he “used executive orders to quietly grant several of the gambling industry’s wishes, such as allowing riverboat casinos to expand onshore.” The measure in question was approved by the Indiana legislature, and Pence allowed the bill to pass into law without his signature, according to a statement released by the governor’s office at the time.

“Articles like this are why the American people have lost so much faith in the press,” Pence’s press secretary, Alyssa Farah, said in a statement. “The New Yorker piece is filled with unsubstantiated, unsourced claims that are untrue and offensive.”