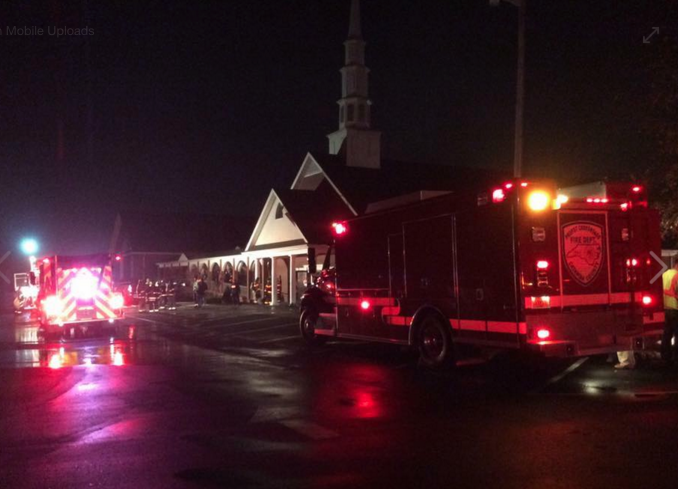 A church in rural North Carolina that was set alight may have been confused with another church with a similar name whose pastor regularly engages in anti-LGBTQ rhetoric, reports The Charlotte Observer.

The fire was set inside the basement of the Providence Baptist Church in Vale, N.C., near the boiler of the church basement, which was completely destroyed. While firefighters were able to contain the fire from spreading beyond the basement, the upstairs church and sanctuary both suffered significant smoke damage, meaning all fabric and other surfaces are covered with a heavy layer of soot and will have to be fixed or replaced.

Investigators found a message reading “Anti-Gay Hate Group” spray-painted on a nearby garage, leading Pastor Ernie Richards to believe that his church was confused with the Providence Road Baptist Church, which is located in nearby Maiden, N.C.

The FBI and ATF have determined that the fire was the work of an arsonist, but have not released details as to a motivation for setting the fire. They have not classified the arson as a hate crime.

A ski mask was reportedly found outside the church by investigators.

Richards told The Washington Post that, in the past, when Pastor Charles Worley, of the Providence Road Baptist Church, has made controversial statements — such as suggesting the internment of LGBTQ people in concentration camps — he often gets nasty phone calls from people who confuse the two churches.

“The word ‘assume’ is a very bad word, but I just assumed that since that graffiti is on our sidewalk, and it says ‘anti-gay hate group,’ that they were talking about the other church,” Richards told the Post. “I don’t get up in the pulpit and rage about stuff like that.”

But Richards also hasn’t ruled out the possibility that this could be a case of misdirection, where one of his own parishioners could have set the fire to cast suspicion on LGBTQ groups, for example.

“Anyone can use spray paint,” he says. “And anyone can set fire to a boiler.”

He hopes that whoever wrote the graffiti and possibly set the fire learns that he does not preach in a way that targets or excludes people.

“We’ve got people that come to our church that have an alternative lifestyle, just like we’ve got folks that come here that’s living together without being married,” Richards said. “The people here don’t scream and bellow and spit. We just have a good Bible study. … I wish the people would come in and see what kind of church we actually are.”

Anti-gay graffiti in Dupont sidewalk: “Down with the Gay Agenda”

John Riley is the local news reporter for Metro Weekly. He can be reached at jriley@metroweekly.com
← Previous Story Transgender inmate in Indiana suing over denial of medical care
Next Story → Victory Fund endorses Rich Madeleno for governor