By John Riley on November 6, 2017 @JohnAndresRiley 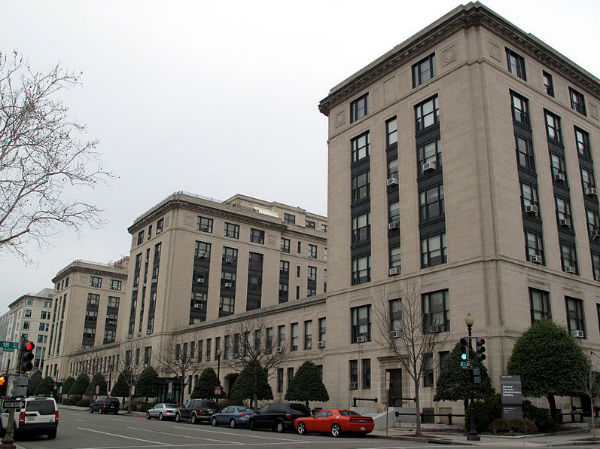 The U.S. General Services Administration has become the latest federal agency to be accused of removing mentions or references to sexual orientation and gender identity from its Equal Employment Opportunity statement, stoking the anger of activists who already see the Trump administration as hostile to LGBTQ rights.

Under the Civil Service Reform Act and past executive orders signed by former Presidents Clinton and Obama, discrimination based on a person’s sexual orientation and gender identity were prohibited in federal employment.

But some LGBTQ activists were alarmed at a portion of the GSA website for the Office of Civil Rights that addresses GSA’s EEO policy that appeared to exclude sexual orientation and gender identity in a list of classes protected from workplace discrimination.

Upon learning of the omission of sexual orientation and gender identity, the Human Rights Campaign issued a statement accusing the Trump administration of “actively seeking to undermine rights for LGBTQ people” and called for the restoration of the references contained in the 2015 policy statement.

“The GSA’s move to  exclude sexual orientation and gender identity from their Equal Employment Opportunity statement is mean-spirited, deceptive and irresponsible,” David Stacy, HRC’s government affairs director, said in a statement. “The GSA’s EEO statement is meant to inform workers and applicants about their legal protections — protections that federal employees have had for decades. Cutting specific mention of sexual orientation and gender identity protections is a slap in the face to LGBTQ federal employees who proudly serve and sadly signals that this administration does not value them.”

But a spokeswoman for the GSA, said the 2015 EEO policy remains in full effect and has not changed.

“GSA is proud of our diverse and talented workforce and is committed to ensuring all agency employees feel welcome,” the spokeswoman said in a statement. “GSA prohibits discrimination in the workplace and will continue to make sure our employees’ legal rights are protected.”

The spokeswoman added that the page at issue was intended to give an informational overview of the policy, and the language contained in it had not been updated for at least three years.

Thus, it seems, the outdated language on one part of the website was wrongly attributed to a change in policy brought about by the Trump administration, when in fact it was a failure to have the website’s language match the precise language of the current EEO policy statement.

After swift backlash from the LGBTQ community, Ross issued a follow-up memo acknowledging both his mistake and the concerns raised by others about the exclusion of those two protected categories.

“I want to assure you that the EEO statement was never intended to change policy or exclude any protected categories,” Ross said in the follow-up memo. “The Department of Commerce remains committed to nondiscrimination on the basis of transgender status and sexual orientation. Department employees will continue to enjoy the fullest extent of the protections of all the nondiscrimination laws.”