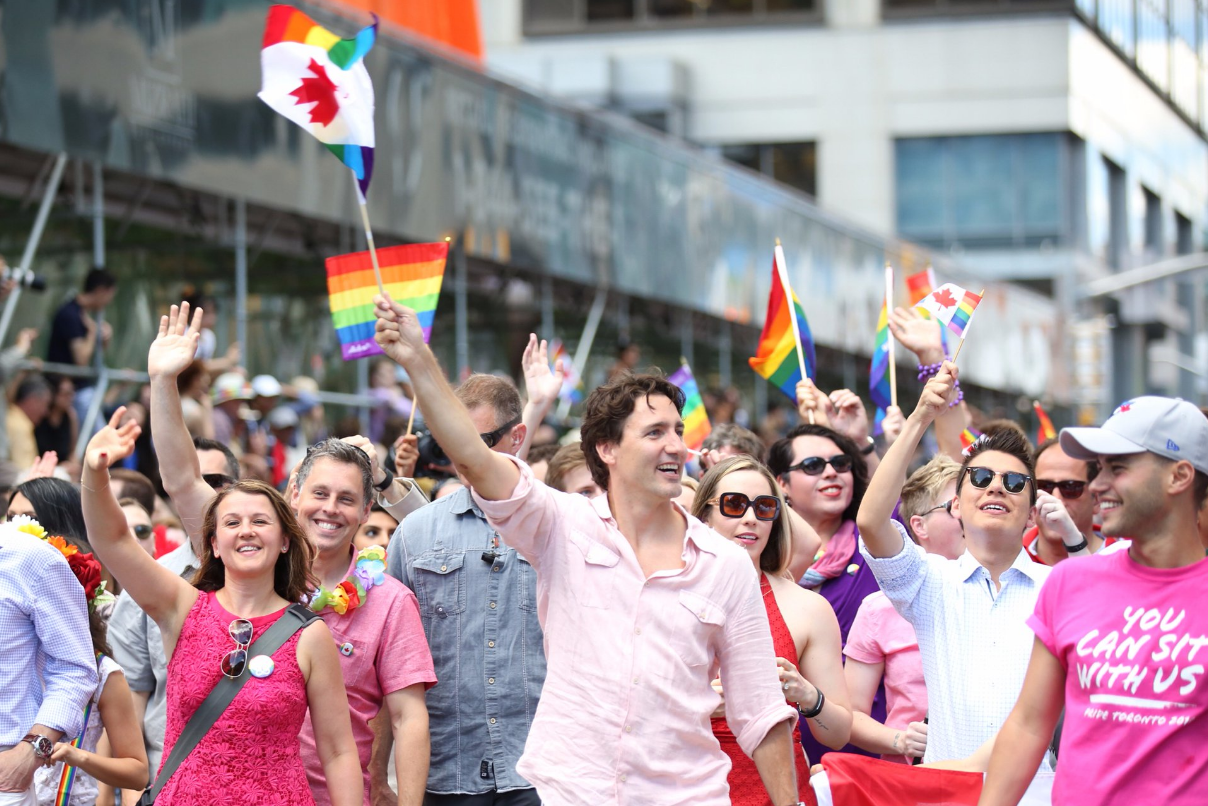 Canadian Prime Minister Justin Trudeau has issued an apology to the country’s LGBTQ community for anyone “unfairly criminalized by unjust laws and actions.”

In a speech to the Canadian parliament, Trudeau called out the country’s now-abolished law against same-sex sexual activity, which saw LGBTQ people discriminated against, fired from jobs, or even arrested and convicted for having sex.

“It is our collective shame that Canadians who identify as lesbian, gay, bisexual, transgender, queer, or two-spirit were unjustly treated – fired from jobs, denied promotions, surveilled, arrested, convicted, and vindictively shamed because of their sexual orientation or gender identity,” Trudeau said. “People lost their livelihoods, their families, and, some, their lives.

“Today, we offer a long overdue apology to all those whom we, the Government of Canada, wronged,” he continued. “We are sorry. We hope by acknowledging our failings we can make the crucial progress LGBTQ2 people in Canada deserve. We will continue to support each other in our fight for equality because we know that Canada gets stronger every single day that we choose to embrace diversity.”

Trudeau also apologized to LGBTQ civil servants, including those in the Canadian Armed Forces and Royal Canadian Mounted Police, who were the subject of harassment and discrimination.

For almost 40 years, from the 1950s to the 1990s, Canada undertook “a systematic campaign of oppression” against any government employee suspected of being LGBTQ, Trudeau’s office said in a press release.

The campaign was informally known as “The Purge,” and involved workers being fired, discharged, or intimidated until they resigned.

Like many countries around the world, Canada prosecuted same-sex sexual activity, imposing criminal records on those convicted of offenses. To rectify that wrongdoing, the Canadian Government has introduced legislation that would “permanently destroy” any record of convictions for consensual sex between same-sex partners.

For past wrongs and the unjust treatment of LGBTQ2 Canadians, we apologize and promise to keep working to fight inequality: https://t.co/ATflgn02bx pic.twitter.com/jyrG6Y1j48

The government has also set aside over $100 million to cover compensation claims for those convicted of historic offenses and and community outreach projects to tackle homophobia.

Canada’s Chief of the Defence Staff Jonathan H. Vance issued a separate apology for the military’s persecution of LGBTQ members, noting the advances the military had made, including allowing servicemembers to march in Pride events with their uniforms.

“Sadly, and not that long ago, our Canadian Armed Forces was on a different path,” he said. “We spied on, interrogated, and criminally pursued our own people. We pitted friends against each other to protect their own careers. We stripped away their dignity before we ruined their livelihood.”

I am deeply sorry to all of you who were ever investigated, charged or released from the military because of your sexual orientation. You showed us honour and dedication and we showed you the door #LGBTQ2 https://t.co/GcJ5YRtNv8 pic.twitter.com/8DdfBCdMWA

He added that “in many ways” LGBTQ people were “more worthy of the privilege of service than many of us. They committed to serving Canada by wearing our uniform, despite knowing they could be persecuted for just being themselves. That took courage, but as an institution, we didn’t recognize it and we didn’t defend them.”

“On behalf of the Canadian Armed Forces, I am deeply sorry to all of you who were ever investigated, charged or released from the military because of your sexual orientation,” Vance said. “You showed us honor and dedication, and we showed you the door. No apology or compensation can ever change the shameful way we instilled fear into your lives and took away your career.”

Michael Wernick, Clerk of the Privy Council and Secretary to the Cabinet, apologized on behalf of the Public Service to those civil servants prosecuted for their LGBTQ status.

On behalf of the Public Service of Canada, I apologize to all LGBTQ2 public servants who suffered because of past injustice. Join me in ensuring we continue to become more inclusive. Read my message here: https://t.co/Z76ErJuk2y
#FreeToBeMe

Calling “The Purge” the “darkest chapter of our history as an employer,” Wernick said that all public servants should help ensure the Public Service becomes more inclusive.

“We have come a long way as a country and as a public service,” he said. “There is still work to be done. Today is an important step and the federal Public Service will do everything possible to ensure that this never happens again.”

Prime Minister Trudeau has made supporting Canada’s LGBTQ community a key part of his agenda while in office.

Last year, he became the first Canadian Prime Minister to march in a Pride event, and drew international attention for how much fun he had while marching in the parade.

Rhuaridh Marr is Metro Weekly's online editor. He can be reached at rmarr@metroweekly.com.
← Previous Story Temporary Truce: United Nations protects LGBTQ rights at 2018 Olympics
Next Story → British teen strangled and told to “apologize for being gay” on London Underground