By John Riley on November 20, 2017 @JohnAndresRiley 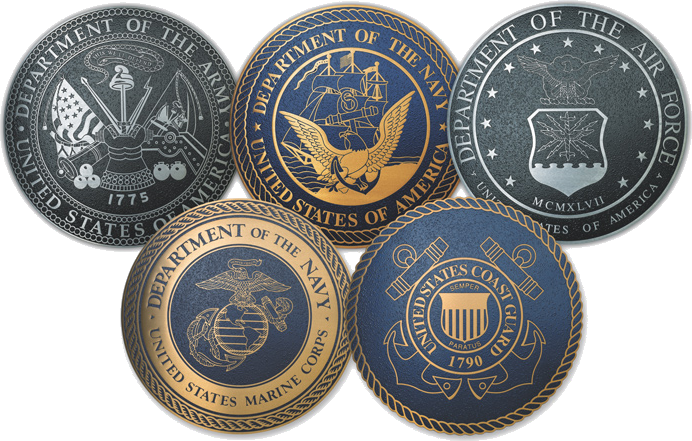 The plaintiffs in a fourth lawsuit challenging the Trump administration’s ban on transgender service members will have their day in court on Tuesday, Nov. 21.

The lawsuit, Karnoski v. Trump, seeks to permanently prevent President Trump and top military personnel at the Pentagon from attempting to institute such a ban by having the ban declared unconstitutional. In the meantime, however, they are asking the court for an order enjoining military leaders and the president from moving forward with their plans until the dispute is resolved in the federal courts.

Lambda Legal and OutServe-SLDN, which filed the lawsuit on behalf of nine individual transgender plaintiffs — six service members, and three individuals who wish to enlist, as well as on behalf of the Human Rights Campaign, the Gender Justice League and the American Military Partner Association, representing their members.

“‘The First Amendment generally prevents government from prescribing speech…or even expressive conduct…because of disapproval of the ideas expressed.’ Notwithstanding any deference that may otherwise be afforded to the military, ‘regulations restricting speech on military installations may not discriminate against speech based on its viewpoint,'” the motion asking for an injunction reads.

Lawyers for the plaintiffs also note in the brief that the ban on open service forces transgender individuals to conceal their identity, a move that could actually work against the military’s goal of building trust among fellow soldiers in the same unit.

“[T]here is no governmental interest, let alone a substantial one, in prohibiting transgender individuals from disclosing their transgender status and expressing their accurate gender,” they write. “To the contrary, the Ban chills a wide swath of speech that is beneficial and in some cases critical to the effective functioning of the military.

“Like other sweeping discriminatory restrictions that the military has since eliminated, such as the ‘Don’t Ask, Don’t Tell’ policy, the Ban prevents transgender service members from engaging in mundane but critical social interaction: it forces them to conceal information about themselves and it prevents them from disclosing their true and authentic selves — which is essential to building trust and cohesion.”

Tuesday’s hearing will be held at 1:30 p.m., with lawyers for the plaintiffs holding a press conference shortly after the hearing at 3 p.m. on the steps of the Seattle Courthouse, where the U.S. District Court for the Western District of Washington is housed.

In one of the other three lawsuits challenging the ban, a federal court has already issued a preliminary injunction stopping the Pentagon with moving forward with its plan on how to implement the ban. The Justice Department asked the court to stay the Washington State case, arguing that, since an injunction had already been issued in the case out of Washington, D.C., there was no need for a separate injunction in the other cases. The federal court in Washington State rejected that motion.

Last week, the court also allowed Washington State to intervene as a plaintiff in the case, which should help bolster the plaintiffs’s contentions that the ban is discriminatory and serves no rational purpose. The state has also argued that the ban not only harms transgender individuals but can negatively impact the ability of the Washington National Guard to attract and retain talented recruits, and may even be harmful to the economy.

A security official demanded 15-year-old Jamii Erway submit to a genital inspection after she triggered a "false positive" alert on a body scanner.

A transgender teenager's mother has sued the Transportation Security Administration for strip-searching her daughter at an airport back in 2019.

Jamii Erway, who was 15 years old at the time the incident occurred, was ordered to submit to a strip-search at Raleigh-Durham International Airport after she registered a "false positive" on the body scanner at the security checkpoint, triggering an alert.

Erway explained to a scanner operator that she is transgender, but the scanner operator would not repeat the scan. The TSA official, referred to in the lawsuit as "Jane Doe," told Erway she would have to have her genitals inspected in a private room.