By Randy Shulman on December 14, 2017 @RandyShulman 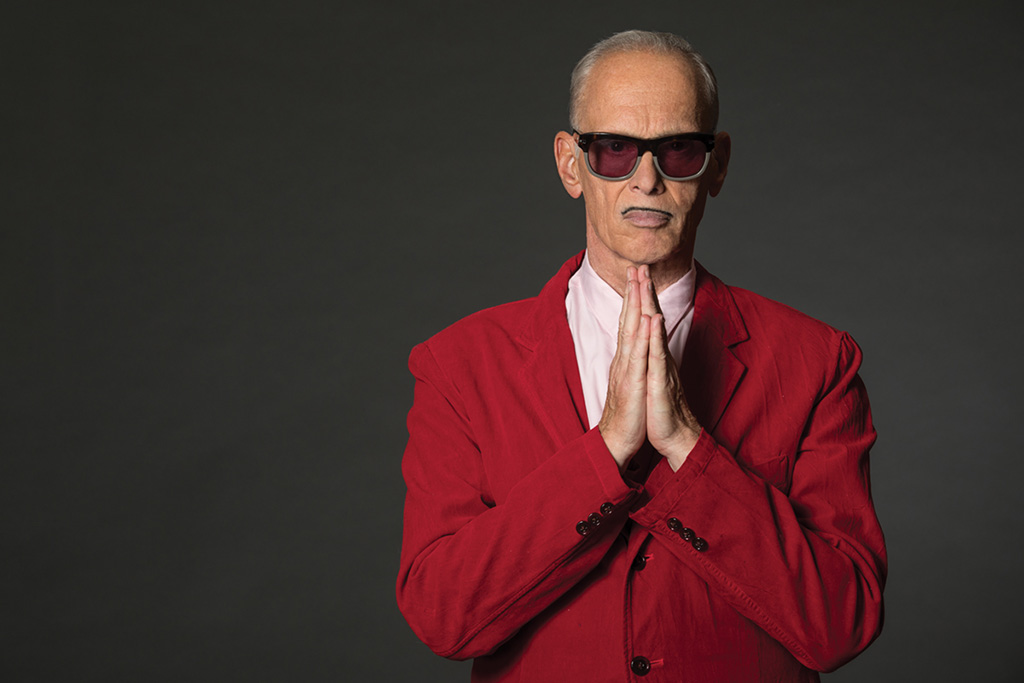 “I’ve done it, I don’t know how many times,” says John Waters of his annual Christmas show, A John Waters Christmas, returning to The Birchmere next Thursday, Dec. 21. “Every year, I rewrite the whole thing. I like to add lots of new material.” The legendary filmmaker and purveyor of bad taste behind such infamous cultural touchstones as Hairspray, Serial Mom, and the insanely decadent Pink Flamingos, notes that “the comically correct term for not doing a new show is called a command performance.” He pauses. “This is not a command performance.”

In 2015, Waters gave a notoriously wicked commencement speech at the Rhode Island School of Design, encouraging the graduates to get out into the world and raise hell. The speech was later adapted into an illustrated gift book called “Make Trouble,” followed by a collector’s edition recording, released by Third Man Records in October.

“It’s a great Christmas present, right?” says Waters, noting that the 7″ vinyl pressing of the record comes in the form of a red 45. “Much of the music you’ve heard in my movies were originally [inspired from] 45 records I shoplifted [when I was a teenager]. I don’t feel negative saying that because I paid $25-to-30 thousand each to put the songs in my movies way, way later in life.”

Although Waters hasn’t made a film since 2004’s A Dirty Shame, “I’m still in the movie business,” he says. “I’m not saying I won’t make another one. I had a meeting last week about making something for Pixar. So who knows? I just need to tell stories. And my last two books were big hits and got good reviews and my last two movies were not big hits. I stick where my stories are going over the best.”

Surprisingly, Waters won’t answer questions about current affairs, notably the scandals that recently ensnared Kevin Spacey and Harvey Weinstein. “Everybody wants me to talk about all that stuff for free,” he bemoans, “and I have to update my spoken word shows and I have two books due. [I’ll talk about it] when you pay me to do that. I’m a journalist, too. That’s how I make my living. I make my living the same way you do.”