By John Riley on January 9, 2018 @JohnAndresRiley 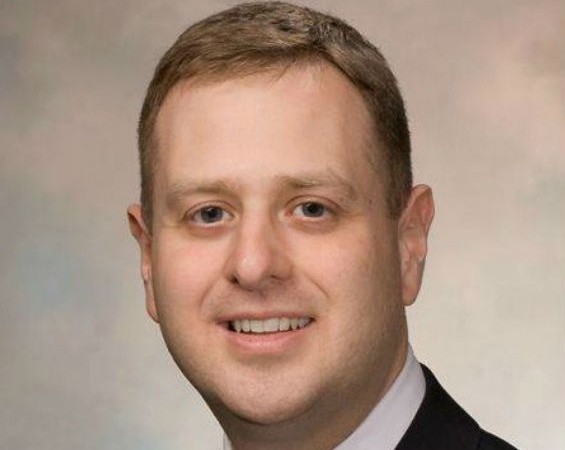 A pair of Democratic lawmakers in Virginia want to ban licensed therapists from subjecting minors to so-called “conversion therapy.”

Sometimes known as “reparative therapy,” “ex-gay therapy,” or “gender realignment” therapy, conversion therapy is a practice intended to change a person’s sexual orientation or gender identity, or at least prevent them from acting upon their impulses with respect to their sexual attraction or gender expression.

Practices utilized during conversion therapy can range from the benign, like mind tricks, breathing, or snapping a rubber band to curb desires, to the more drastic, such as public shaming, hypnosis, inducing vomiting, or subjecting a patient to electric shock therapy.

Virginia Sen. Scott Surovell (D-Mount Vernon) and Del. Patrick Hope (D-Arlington) have both introduced bills to make it illegal for licenses health care providers to perform conversion therapy on anyone under the age of 18.

Those found guilty of engaging in the practice could be threatened with the loss of their license or face disciplinary charges before bodies that license or regulate the practice of psychiatry, psychology, social work, or other related fields.

“Conversion therapy is based on the false assumption that homosexuality is a mental disorder or a sin. It clearly is neither,” said Hope, the lead patron of House Bill 363. “What is clear is that organized medicine maintains that sexual orientation is not changeable, that conversion therapies do irreparable harm, and that conversion therapies should not be practiced in the Commonwealth of Virginia. I believe our government has the duty and obligation to, at a minimum, protect our children from the dangers of conversion therapy. This bill seeks to do just that.”

“Conversion therapy is wrong,” added Surovell, the lead patron of Senate Bill 245. “It is an unfortunate practice attempt to ‘cure’ children of their natural sexual orientation and gender identity. Numerous studies show that LGBT children who are exposed to this practice have a significantly higher incidence of substance abuse, depression, homelessness and suicide. Just as we no longer allow doctors to use leeches and bleeding to cure fevers, Virginia needs to ban this dangerous practice and protect our children.”

Equality Virginia, the commonwealth’s LGBTQ rights organization, is supporting the bills, thanking the patrons for their commitment to introducing this measure. James Parrish, the group’s executive director, expressed hope that Virginia would become the eleventh jurisdiction, after nine other states and the District of Columbia, to ban the practice, though the legislation faces an uphill battle in the Republican-controlled General Assembly, particularly in the House of Delegates.

A 2016 poll by Public Policy Polling, commissioned by Equality Virginia, showed that 56% of Virginians support banning conversion therapy for minors.

“There is broad consensus in the medical community that sexual orientation and gender identity are immutable traits — and that attempts to change these characteristics through conversion therapy or other means are not only unnecessary and ineffective, but also very harmful,” Parrish said in a statement.

Other groups supporting the legislation include the National Alliance on Mental Illness Virginia and the Alliance for a Progressive Virginia.

Rhonda Thissen, the executive director of the National Alliance on Mental Illness Virginia, noted that conversion therapy “has been rejected by every mainstream mental health provider organization” in the United States.

“The use of conversion therapy further stigmatizes and traumatizes LGBT individuals who may already be experiencing significant social and emotional impacts from their identity, and has been linked to depression, anxiety and even suicide among young people,” Thissen said.

“We owe it to LGBTQ children to stand up for them until they can stand up for themselves,” added Rhonda Hening, the president of the Alliance for a Progressive Virginia. “Conversion Therapy…[is] an unethical and unfounded practice that begins with the premise that LGBTQ children are broken and that they must be ‘repaired.’ The Commonwealth must ensure that individuals licensed as clinicians in Virginia are not engaging in these dangerous practices in a professional capacity. APV urges the General Assembly to pass, and the Governor to sign this important legislation.”

John Riley is the local news reporter for Metro Weekly. He can be reached at jriley@metroweekly.com
← Previous Story Lesbian woman shot and burned alive in Southeast D.C.
Next Story → Virginia House LGBTQ caucus doubles as Danica Roem and Dawn Adams sworn in