By John Riley on February 15, 2018 @JohnAndresRiley 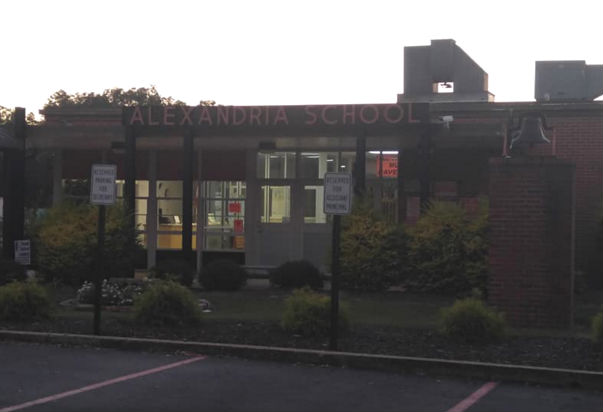 An Alabama school district will allow a lesbian couple to attend their prom together after Lambda Legal threatened to sue if the teens were not allowed to do so.

The Calhoun County School District has responded to a letter addressed to Superintendent Joe Dyar and Mack Holley, the principal of Alexandria High School, demanding that the teens be allowed to attend the prom and that they not be disciplined or discriminated against because of their sexual orientation.

According to Lambda Legal, Holley disciplined junior Janizia Ross after she made a “promposal” to her fellow student Raven G. at the school’s talent show. Holley reportedly invoked “Christian values” and threatened to take action against Raven as well.

At the time, Paul Castillo, a senior attorney and Students’ Rights Strategist at Lambda Legal, noted that a marriage proposal made by a straight couple at last year’s talent show resulted in no disciplinary action being taken against either student.

After being enlisted by the students and their parents, Lambda Legal sent the aforementioned letter to district and school officials outlining their obligation to treat students equally, regardless of their sexual orientation. To do otherwise would violate students’ rights under the First and Fourteenth Amendments to the U.S. Constitution and Title IX of the Education Amendments of 1972.

“The Principal’s religious-based remarks and proselytizing over the school’s public address system the day after the Promposal, his subsequent discipline of J.R., and the alleged threat to punish R.G. for her expression of same-sex affection through her performance violate clearly established federal law,” the letter to school officials read.

The letter also requested that the district provide, in writing, assurances that Janizia and Raven would not be barred from attending prom on Mar. 10, a written apology from administrators, and a promise to expunge any disciplinary history related to the “promposal” from the girls’ school records.

On Wednesday, the District agreed to allow the girls to attend prom, and told Lambda Legal that its request that the girls’ records be expunged of any record of disciplinary action was being reviewed by the school district.

“We are encouraged by the school’s response and we are pleased the district has provided clear and unequivocal confirmation that the girls can attend prom together. This is a great first step, and we are hopeful that we can work together with Calhoun County School District to effect real change for LGBT students because every student deserves a safe and affirming environment,” Castillo said in a statement.

“There is still work ahead, but today Janizia and Raven are excited about prom, and we couldn’t be more thrilled that they can continue planning for their big night.”

“When you have children who are black and who are LGBT, you are always worried about their safety,” Jeanise Ross-Walton, Janizia’s mother, said in a statement. “We look to our schools to create safe spaces for them when they are away from us at home. I’m glad that we have proof that my daughter and her girlfriend can go to prom together, and I hope that is a sign that our children will be treated like every other student going forward.”

“My girlfriend an I have been looking forward to prom night for weeks,” Janizia added. “I am so relieved that the school said we can go to prom together. Now we can get back to dress shopping just like all the other girls in school.”

You may also want to read: Alabama father whose lesbian daughter committed suicide speaks out against Roy Moore

John Riley is the local news reporter for Metro Weekly. He can be reached at jriley@metroweekly.com
← Previous Story Report: One in three Americans believe being transgender is a sin
Next Story → Trump judicial nominee captured on audio making anti-gay statements