Petition expresses concerns that Ira Combs Jr. will allow his religious views to influence his decisions on the commission

By John Riley on February 14, 2018 @JohnAndresRiley 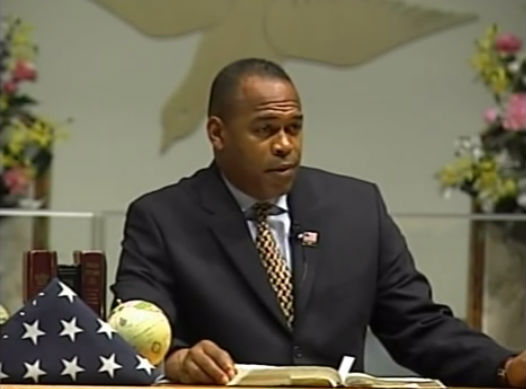 Snyder appointed Combs, the pastor of Greater Bible Way Temple of the Apostolic Faith in Jackson, despite Combs’ past rhetoric attacking the LGBTQ community. Combs’ list of anti-LGBTQ transgressions includes trying to block the formation of a Gay-Straight Alliance at a local high school, campaigning in favor of banning same-sex marriage, pressuring Michigan officials to defend that ban when its constitutionality was challenged, and speaking out against an LGBTQ-inclusive nondiscrimination ordinance passed in Jackson last year.

Combs has also said that he does not believe LGBTQ people are disadvantaged or face significant discrimination in their lives.

The eight pastors signing the petition, who identify themselves as members of a larger coalition known as “Concerned Jackson Citizens,” express many of the same concerns previously voiced by LGBTQ activists about Combs — namely, that his personal religious views will hinder his ability to carry out the mission of the commission, which hears and adjudicates claims of discrimination. In recent years, there has been debate over whether LGBTQ people should be allowed to bring complaints before the commission, even though Michigan lacks inclusive civil rights laws.

“In Michigan, we have had to create a patchwork of protection for our lesbian, gay, bisexual, and transgender citizens, because no state-wide protections exist under the state’s Elliott-Larsen Civil Rights Act,” the petition from Concerned Jackson Citizens reads. “An important job facing the state’s Civil Rights Commission is the work of hearing the civil rights issues our LGBT citizens face and deciding how it is appropriate to include these civil rights issues under Elliott-Larsen. It is important that the Civil Rights Commission be comprised of people who are able to fairly hear and decide this important issue.”

“It’s absolutely inappropriate as an appointment,” the Rev. Cynthia Landrum, the pastor of Universalist Unitarian Church of East Liberty and the creator of the petition. “For a state to have its highest body that looks at civil rights have a person who’s a known opponent to the equality and rights of LGBT people, sends a message to the entire LGBT population of this state and of this country that Michigan doesn’t care about civil rights for gay people.”

The petition, signed by 84 people, was sent to Snyder’s office and all state senators on Tuesday.

Snyder has continued to stand by his decision to appoint Combs, arguing that the pastor has “done some good things there to help support people” and that “people can learn from having different perspectives.”

It is also unlikely that the Senate will take action, as it is currently controlled by Republicans, many of whom share Combs’ views of the LGBTQ community.

Nonetheless, says Landrum, the petition is meant to sent a message, even if it falls short of its desired outcome.

“There’s really not a lot citizens can do, except raise our voices and make our feelings known,” she says. “It’s important, even if we can’t change this, to let the LGBT citizens of our communities know that we care, that we hear, that we see this injustice happening and that we are dedicated to changing this for the future.”