When Theresa Rebeck called, Kristine Nielsen dropped everything to star in Way of the World

By Randy Shulman on February 1, 2018 @RandyShulman 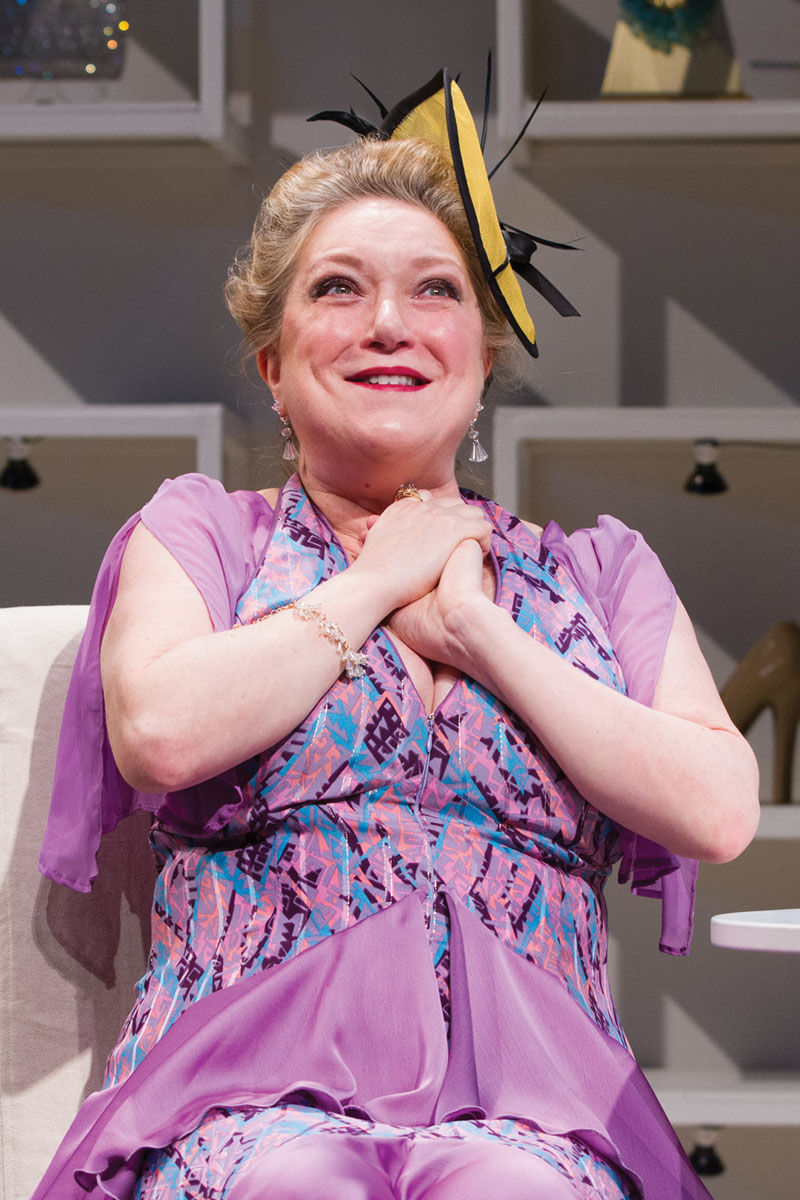 When Theresa Rebeck summons, you heed the call. At least you do if you’re Kristine Nielsen.

“There are very few playwrights that could get me to leave home and my family at the holiday time, which was when we were rehearsing,” says the Tony-nominated Broadway actress of her friend Rebeck, one of the most prolific female playwrights of our time. “Theresa is one of them. And I feel very privileged to be in this.”

Nielsen is starring in Rebeck’s modern adaptation of William Congreve’s Restoration comedy, The Way of the World. She plays Rene (Lady Wishfort in the original), a caustic woman who uses her control of a dowry for selfish means.

“Nobody ever really wants to do Way of the World anymore, because it’s convoluted, complicated, and even a little dry,” sighs Nielsen, noting that Rebeck’s revamp enlivens the material’s comedy while maintaining its core of corruption and immorality. “It’s a mean time right now,” she says. “Audiences recognize that, and there’s more laughter, which I think is acknowledgment of the state of the world right now.”

Nielsen, who was nominated for a Tony for her astounding performance in Christopher Durang’s Vanya and Sonia and Masha and Spike in 2013, is no stranger to Washington, having been raised in Bethesda (her mother worked in the Carter White House). Attending Arena Stage as a young woman, she was inspired by watching its stars of the time — Richard Bauer, Halo Wines, and Robert Prosky. She made her own D.C. debut in 1985 at the Kennedy Center in Jose Quintero’s legendary production of Eugene O’Neill’s The Iceman Cometh, starring Jason Robards.

“Coming back to Washington now is very different,” she says. “It’s very weird, the unsettledness of everybody. Everybody is just waking up with ‘hangovers’ every day, because everything happening is just so overwhelming.” Still, she’s pleased to be part of the Folger’s production, part of the Women’s Voices Theatre Festival, with Rebeck also serving as the show’s director.

“It’s taken a very long time for women to become endorsed directors, do you know?” says Nielsen. “To see so many really terrific female directors now is really, really, thrilling. It’s great to see there isn’t any limit.

“I marched [in the Women’s March] a year ago,” she continues. “It was my niece and I, together, in New York. It was such a great experience. I would have done anything to do it again this year, but I had two shows that day. I was, like, ‘I have a responsibility.’ But I was there in spirit, because it’s a very great opening up of doors — flinging them open, putting the fresh air through.”

Randy Shulman is Metro Weekly's Publisher and Editor-in-Chief. He can be reached at rshulman@metroweekly.com.
← Previous Story Review: “The Way of the World” at Folger Theatre
Next Story → Reviews: Signature’s “4,380 Nights” and Keegan’s “Unnecessary Farce” bog down in needless extras