By Doug Rule on February 1, 2018 @https://twitter.com/ruleonwriting 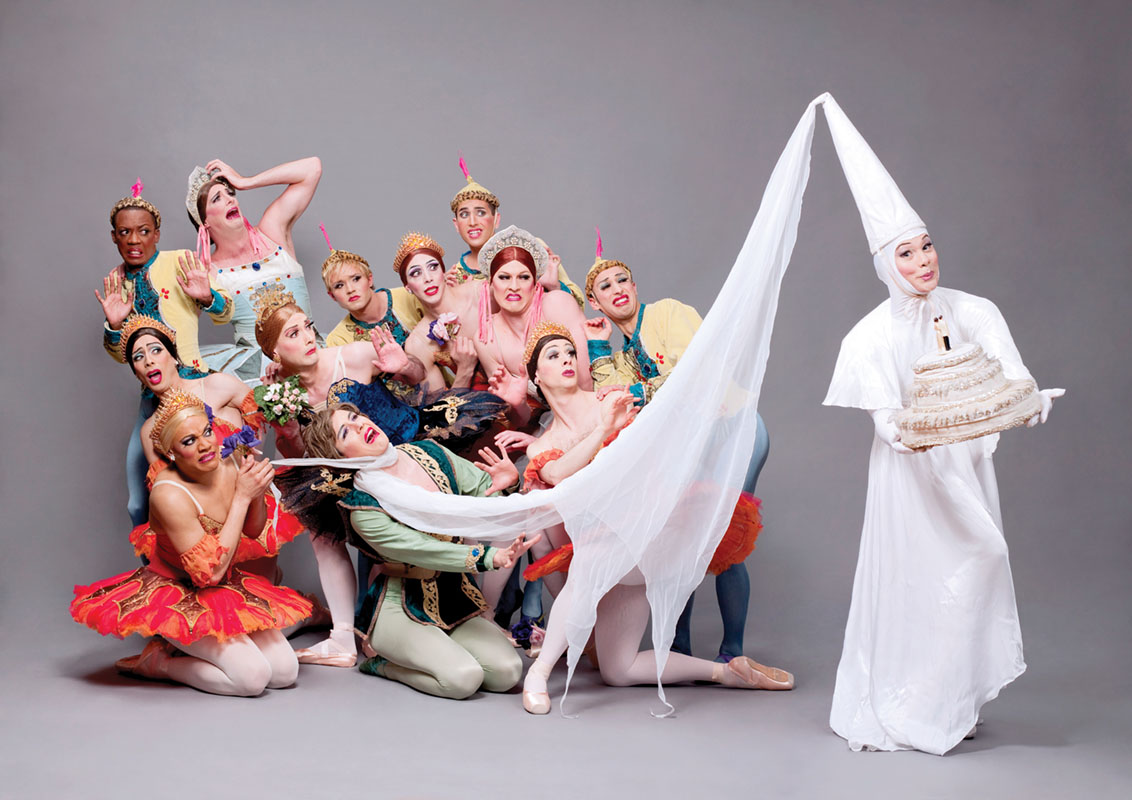 Billed as “the world’s foremost all-male comic ballet company,” the Trocks, as they’re known, have only gotten better, bigger, and more popular in the 44 years since they first donned drag for a show in a tiny loft space in New York’s Meatpacking District. “The dancing is better, more technically secure,” the company’s longtime artistic director Tory Dobrin told Metro Weekly.

“And that has allowed the comedy also to broaden out a lot, to be less subtle and more campy.” The troupe has been nearly all gay from the beginning, and continues to perform mostly for a mix of gays and gay-friendly aficionados of dance and theater, with the recent addition of a totally new demographic: “Now we have a lot of children.”

Over the years, the Trocks have performed for larger audiences and in bigger and more prestigious venues — notably the Kennedy Center Opera House last year, and now the Concert Hall at George Mason University.