By John Riley on February 13, 2018 @JohnAndresRiley 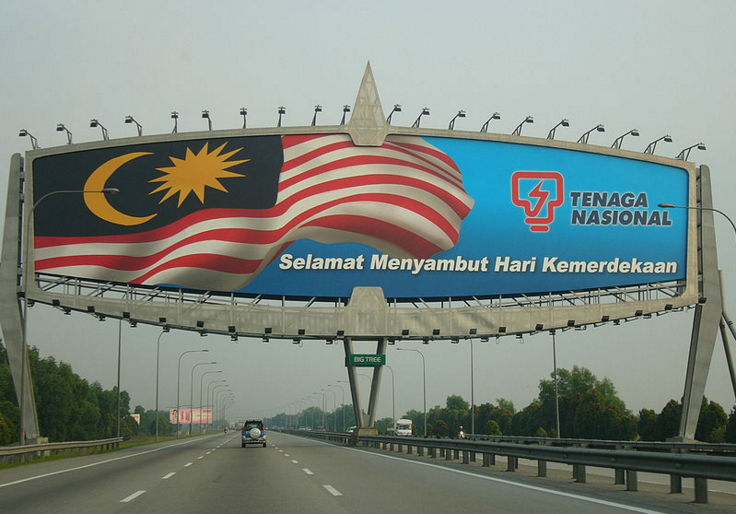 A Malaysian newspaper has sparked outrage after publishing a list of tips for identifying gays and lesbians.

LGBTQ activists are concerned that the list of stereotyped traits may put people, even those who are heterosexual but may be perceived as gay, at risk of harassment or violence.

The article in Sinar Harian includes a list of qualities that reveal whether someone is gay or lesbian. For instance, the article states, gay men are easy to identify because of their love of beards, going to the gym — not to exercise, but to check out other men — and name-brand clothing. The article claims that gay men’s eyes “light up” when they see other men.

In contrast, lesbians are said to be overly affectionate with each other, hold hands, and belittle or speak disparagingly of men, reports The Guardian.

Anti-LGBTQ sentiment is widespread in Malaysian society, and perceptions of homosexuality are often based on flawed stereotypes. Unfortunately, those stereotypes can lead to problems for people who do not portray “typically” masculine or feminine behavior, as homosexuality is illegal and can result in a prison sentence of up to 20 years if convicted.

But the Sinar Harian article is also emblematic of the kind of anti-LGBTQ propaganda that Malaysian people are introduced to in the media. That article was accompanied by an interview Hanafiah Malik, a preacher who warns that homosexuality is on the rise in Malaysia and that the country must take action to stop the trend.

The government also regularly engages in anti-LGBTQ rhetoric and peddles offensive LGBTQ stereotypes. Last year, the country’s deputy interior minister attacked Walt Disney for refusing to cut a scene involving a gay character in Beauty and the Beast, and a health ministry youth video competition called for entries discussing the prevention and consequences of being LGBTQ-identifying.

The Malaysian government even prints handbooks for parents on how to identify “signs” of homosexuality and a self-help book on how to change a person’s sexual orientation.

Some activists remain concerned about the promotion of anti-LGBTQ rhetoric and stereotypes, which they worry will result in deaths or serious injuries.

Last year, an 18-year-old student was beaten and burned to death by classmates who suspected he was gay. A few months later, a 27-year-old transgender woman was killed after she was attacked with a knife and shot three times in her florist shop due to objections over her gender identity.

“The Malaysian government is not only complicit with religious conservative groups in portraying LGBT Malaysians as deviant, diseased, and dangerous to religion and culture, but since 2011, the government has sponsored and funded public education programs that single out LGBT people,” Grace Poore, the Asia-Pacific program coordinator for OutRight Action International, said in a statement to NBC News.

“The Malaysian government has received numerous recommendations from international governments and LGBT activists to remove discriminatory policies against LGBT people but it has refused and instead continues to fuel dangerous conditions that have led to bullying, death threats, verbal denigration, physical violence.”

“There are much more important issues in this country which need to be addressed,” Kumar said in a video. “If you really want to educate society then explain to them the traits of a pedophile, a molester, a murderer, a kidnapper, people who actually endanger the lives of others. How the hell does a gay person endanger your life?”

John Riley is the local news reporter for Metro Weekly. He can be reached at jriley@metroweekly.com
← Previous Story Australian boxer: Gay people should be killed to “deter the problem”
Next Story → A surprising number of gay men say they’ve cheated on their partner