By Doug Rule on February 8, 2018 @ruleonwriting 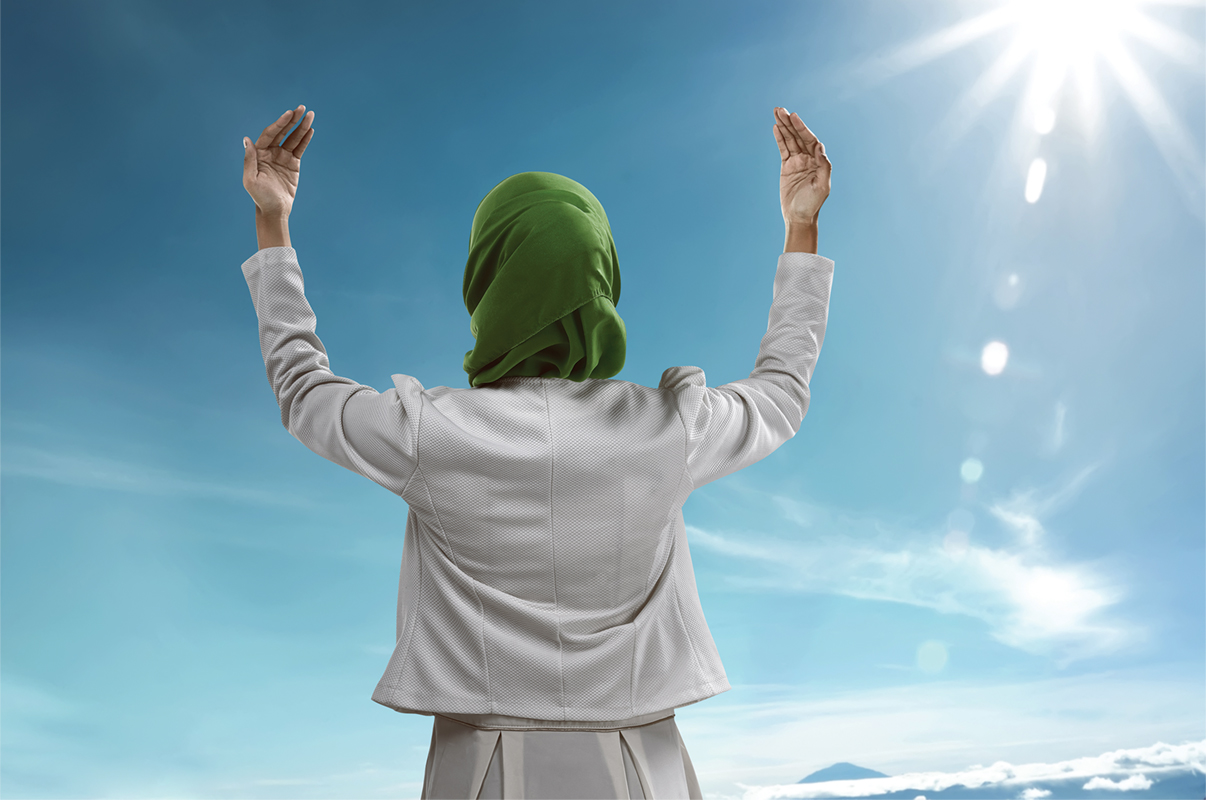 Rainbow Theatre Project’s “No Word in Guyanese for Me” — Photo: leolintang

Penned in 2012, during the run-up to marriage equality, Graf’s No Word in Guyanese for Me even garnered her a GLAAD Media Award in 2012. “I was so proud of that. I would even have to say that that is really one of my proudest achievements, because I felt like I was really contributing to the conversation.”

The one-actress, multi-character show focuses on the journey of a gay Muslim woman trying to reconcile her faith with her sexuality. It was a successor of sorts to Graf’s 2009 Behind The Gates, which explored the role of women in Jewish Orthodox culture.

Says Graf: “I am a great believer and questioner of women and their cultural and sexual and gender roles up against the political or orthodox fundamentalism background.”

In light of today’s political climate and the Trump administration’s views toward Muslims, No Word feels both urgent and relevant.

“I feel like it’s more timely now than when I wrote it,” says Graf. “Seeing everything that’s going on now under the Trump administration and the Trump world, with the Muslim ban and the rolling back of all kinds of rights — it freaks me out how far we’ve fallen.”

The persecution of Muslims, immigrants, and “the other,” gender and sexual identity discrimination and harassment and rape are addressed in No Word. “This whole thing has been opened up with #MeToo,” Graf says. “These girls need to find their voice. They need to be not afraid to step forward and say, ‘This is what’s happening to me. And it isn’t right. And we need to do something about it.'”

Last year, the LGBTQ-focused Rainbow Theatre Project offered a staged reading of Graf’s play. “We were surprised how much the audience just got taken by it, just from the reading,” the Project’s Producing Artistic Director H. Lee Gable says. “I had been wanting to remount one of our readings [as a fully staged production], and we decided to go with that first.”

And Gable knows theatergoers will be even more moved this time around, especially in light of #MeToo.

“Even more people are going to see the relevance of what’s happening with this poor character named Hannah and what she’s going through, and realize that she’s not the only person that this has happened to,” he says. “There are a lot of women out there who have had to struggle to figure out who they are, and had to decide what sacrifices they’re going to make to find their place in the world.”