Prominent LGBTQ activist in Turkey arrested at his home in Ankara

Ali Erol, a prominent Turkish LGBTQ activist, was arrested and detained in his home in Ankara on Friday, Feb. 2, according to human rights observers.

Erol is the founder of Kaos GL, an LGBTQ rights organization. It is unclear what the reason behind his arrest was, but Kaos GL has reported that Erol’s social media posts were included in the authorities’ detention warrant.

Although homosexuality is not technically criminalized in Turkey, government forces and police often engage in profiling and targeting of LGBTQ groups, arresting them and charging them with unrelated arbitrary charges. Discrimination against LGBTQ people is also rampant in the country.

OutRight Action International condemned the arrest and called for Erol’s release from custody.

“OutRight calls for the immediate and unconditional release of Turkish LGBTIQ human rights activist Ali Erol,” Jessica Stern, OutRight’s executive director, said in a statement. “He is an unjust casualty of an increasingly authoritarian government attacking democracy and curtailing the rights of Turkish citizens exercising their rights to expression and assembly. The persecution of LGBTIQ, and all, Turkish human rights defenders needs to stop now.”

Turkey is among several Muslim-majority nations that have led crackdowns on its LGBTQ citizens in recent years, with the governor of Ankara banning all LGBTQ-related events in the city, claiming that events like Istanbul Pride will only spark a backlash from conservative elements in the country, which could threaten public safety and security. Under Erol’s leadership, Kaos GL as challenged the ban, claiming it is unconstitutional.

Following a failed military coup in July 2016, President Recep Tayyip Erdogan’s administration has attempted to incorporate a more conservative interpretation of Islam into law, cracking down on dissenters. An estimated 50,000 people, including human rights activists, journalists, and political opponents, have been arrested since Erdogan’s forces gained back power.

A spokesman for Kaos GL released a statement about Erol’s arrest.

“Us having such little information about the detention of a prominent figure of the LGBTI movement and founder of Kaos GL is unlawful and worrying,” said Yildiz Tar, the group’s media and communications coordinator. “If you recall, [the] Ankara Governorship banned LGBTI events for an indefinite period in November. This detention is an intervention in both freedom of expression and LGBTI rights. We hope this mistake will be corrected.”

A U.S. medical examiner has determined that Wahl, 48, died of an ascending aortic aneurysm that had gone undetected. 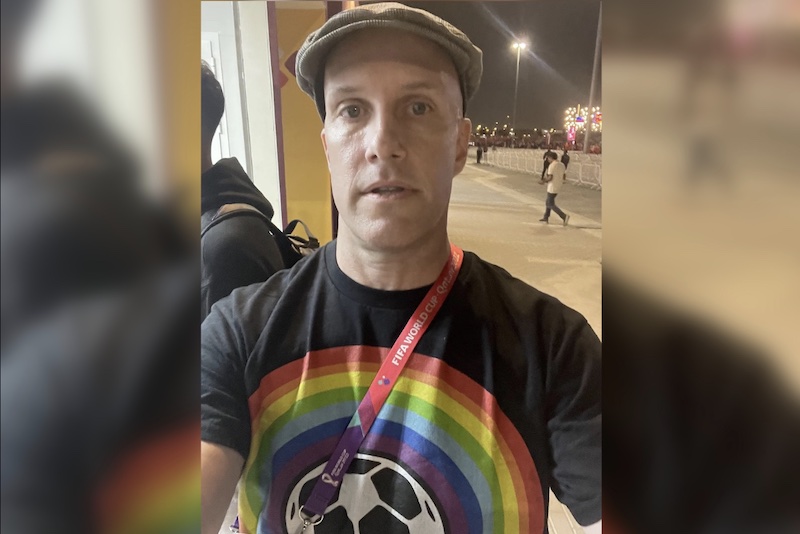 Grant Wahl, a journalist who made headlines after being detained by security for wearing a shirt featuring a soccer ball on a rainbow background to a World Cup match, died last Friday while covering the international soccer tournament.

Wahl, 48, reportedly fell ill in the press box at Lusail Iconic Stadium during extra time of the match between Argentina and the Netherlands and could not be revived.

Last Monday, he wrote on his Substack that "My body finally broke down on me," prompting him to visit a medical clinic in Qatar.

"Three weeks of little sleep, high stress and lots of work can do that to you,” Wahl wrote. "What had been a cold over the last 10 days turned into something more severe on the night of the USA-Netherlands game, and I could feel my upper chest take on a new level of pressure and discomfort."