The survivors offered condolences, encouragement, and supported the students at the state capitol 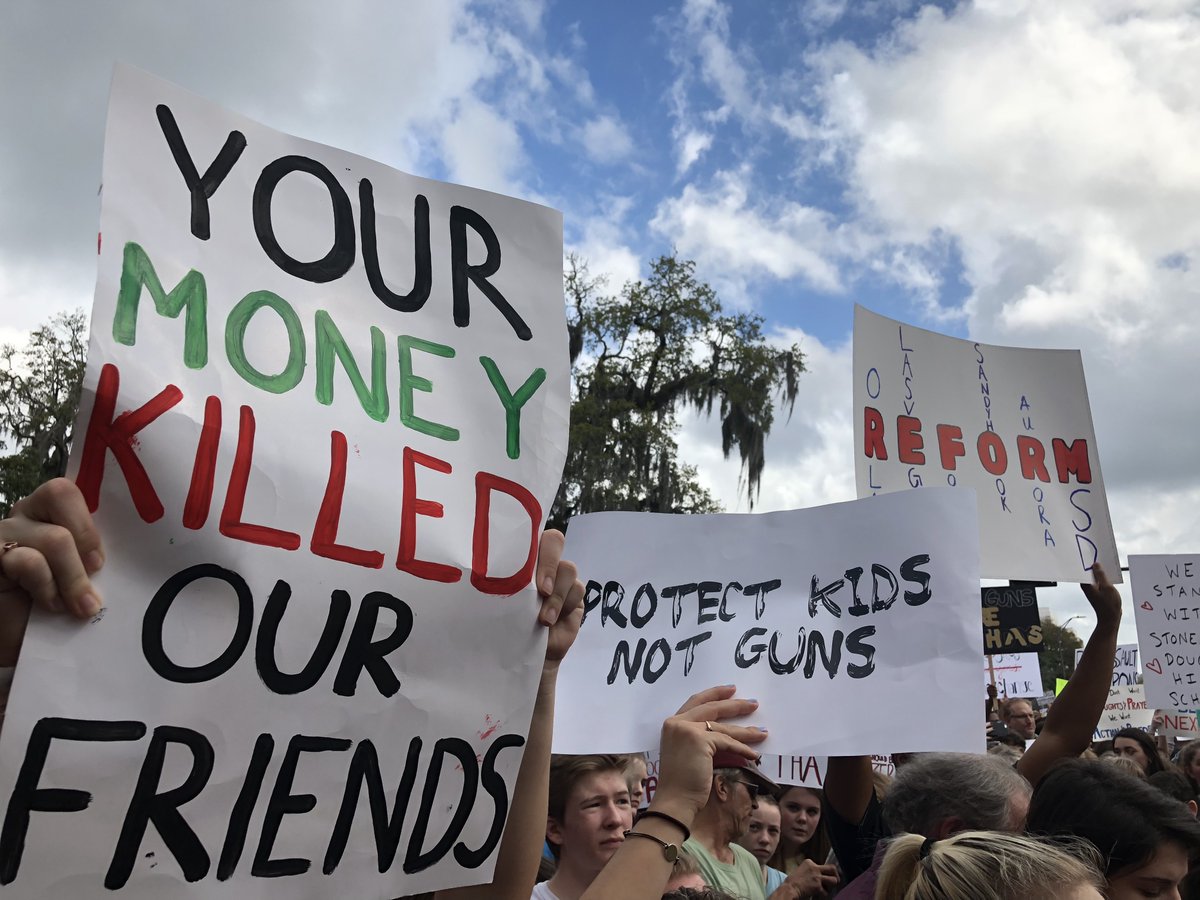 The Pulse survivors traveled to give comfort and support to the students of Marjory Stoneman Douglas High School, which is still reeling after a 19-year-old former student killed 17 people last week.

“Y’all got this, y’all strong,” India Goodman, who survived the Pulse shooting, told a bus full of the students. “Make sure your voices are heard.”

The Pulse group met with about 100 students before the teens traveled from Parkland to Tallahassee to confront state lawmakers about gun violence.

AP: Sheryl Acquarola, a 16 year-old junior from Marjory Stoneman Douglas High School, is overcome with emotion in the east gallery of the Florida House after the representatives voted not to hear the assault rifles ban bill. pic.twitter.com/qA28kFCEig

The Pulse survivors joined thousands of other protesters on the steps of the Florida state capitol to hear the students speak. The rally featured students and local activists urging lawmakers to act on gun violence.

She added: “I’m not trying to take away your Second Amendment rights, nor am I trying to eliminate all guns. But we cannot protect our guns before we protect our children.”

Pulse nightclub shooting survivors are standing in solidarity with students and teachers after the Parkland school shooting. pic.twitter.com/GlDd4dQWwW

“I am a Pulse survivor and we come here to show love and support to the children of this tragedy. A tragedy that should not have happened past what happened at Pulse,” Serrano told AJ+, adding, “We’re gonna speak loud … We’re not gonna knock on doors, we’re gonna knock down some doors. And we’re gonna make sure that we are heard.”