With 10 Hairy Legs, Randy James strives to dispel the myth that all male dancers are gay

By Doug Rule on February 1, 2018 @ruleonwriting 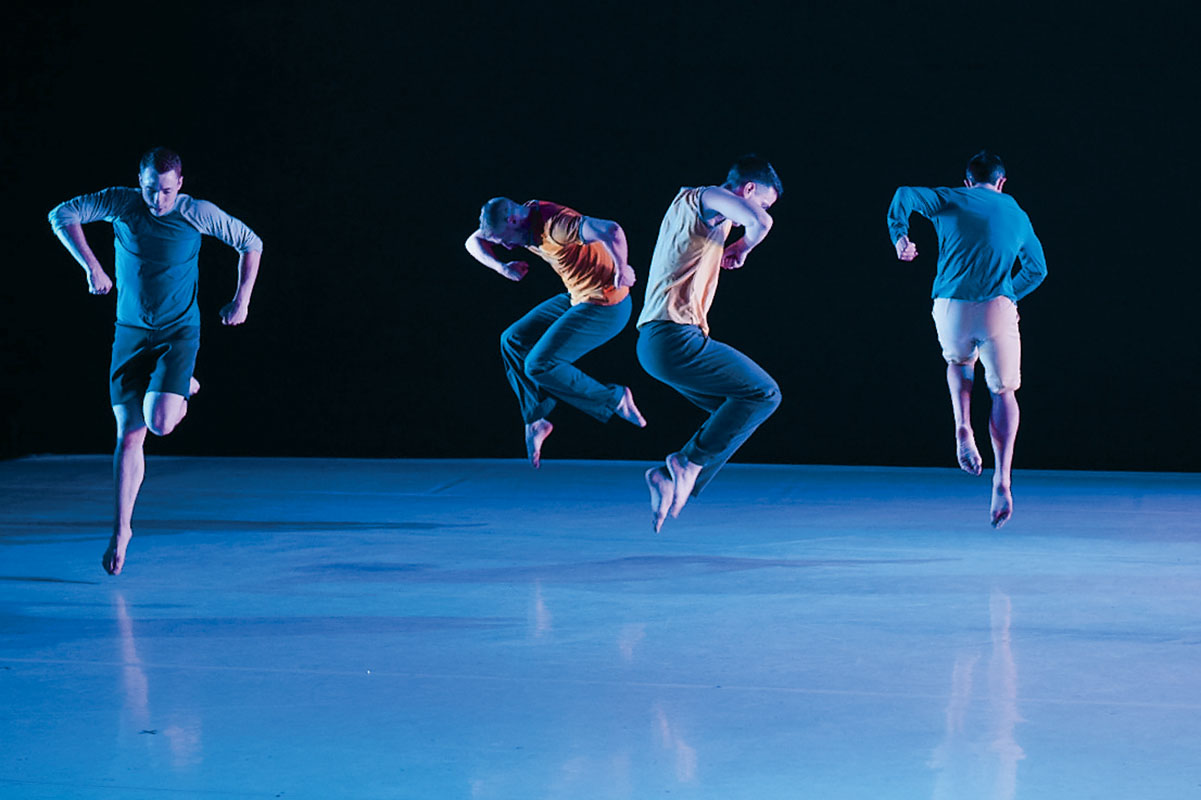 It was a nephew who suggested Randy James name his dance company 10 Hairy Legs.

“I started laughing, and I thought it was perfect,” James says. “I knew I didn’t want my name in the title, and obviously, I started with five male dancers, hence the 10 hairy legs. And we only ever tour with five dancers.”

Starting an all-male modern troupe wasn’t exactly a long-held dream for James, who had previously led the mixed-gender Randy James Dance Works. But the New Jersey native was too inspired by his students at Rutgers University not to get back in the game.

“I had this exceptionally talented group of male dancers,” he says. “I had choreographed a quartet on these four men in their senior year, and after every rehearsal I would talk to a colleague about how much I loved working with them. He suggested that I start another company.”

Now in its sixth season, 10 Hairy Legs is focused, in part, on dispelling assumptions about male dancers.

The ingrained stereotype of the gay male dancer is what kept James from pursuing dance until after high school.

“It’s one thing if you’re in the drama club — you’re suspect. But if you’re a dancer, you’re definitely ‘a faggot,'” he says. “I’m gonna be 60 in May, and I did not go to a performing arts high school. There was not Will & Grace back then. It was very, very closeted. So even though I knew I was gay, that was certainly a roadblock in starting my career, just because of the judgment and the bullying that I received as a child.”

Over the years, James has noticed an appreciable change on that front. “Certainly the number of male dancers that I’ve experienced teaching has continually increased, and I believe the stigma is slowly leaving.” Case in point: Alex Biegelson, the company’s associate director and the only dancer currently touring from that original group of Rutgers students, is straight.

This weekend, Biegelsen will perform with four other dancers in a mixed-repertoire program that James says offers “five different pieces by five different choreographers and five very different ideas of what modern dance is. Sometimes modern dance, people can find it inaccessible and strange and bewildering, but I believe that at this concert, they will be — it’s not a bad word to say — entertained. It’s a very easy, accessible program.”

James also points out that the program is only 90 minutes in length, meaning Super Bowl fans can attend the Sunday performance and be out in time to catch the game. “I don’t know how many people love football and dance, but I do,” he says. “There must be another one in the world.”