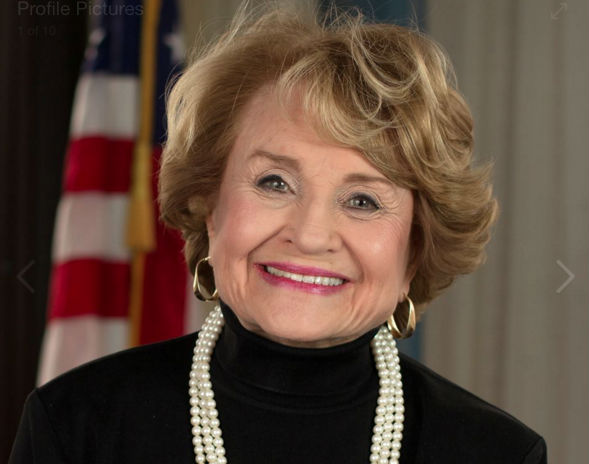 U.S. Rep. Louise Slaughter (D-New York) died on Friday morning after being hospitalized for a fall at her Washington, D.C. residence last week.

The 88-year-old Democrat, originally from Kentucky, represented the Greater Rochester area in upstate New York since she was first elected to Congress in 1986. She would go on to chair the powerful House Rules Committee when Democrats took back the majority in the House of Representatives following the 2006 elections.

Her chief of staff, Liam Fitzsimmons, told Politico that the congresswoman was surrounded by family at George Washington University Hospital when she passed away. Fitzsimmons issued a statement hailing his boss’s legacy, calling her a “force of nature” in politics.

Plain-spoken, and often blunt in her assessments, Slaughter never shied away from expressing her opinion. As one of the more liberal members of the Democratic caucus, despite representing a more conservative region of her state, Slaughter was an outspoken advocate for LGBTQ rights, and was one of only 67 members of Congress who voted against the Defense of Marriage Act in 1996.

Slaughter was the co-author of the Violence Against Women Act, and one of the chief advocates for including extending protections in the act to LGBTQ victims of domestic violence. She also supported the Employment Non-Discrimination Act, the Equality Act, and advocated for the legalization of marriage equality.

During her time in Congress she also advocated for women’s rights, and the ability of people with pre-existing conditions to access to insurance and medical care — something that became apparent when she refused to back down from Republican criticism of the Affordable Care Act during a televised summit between President Obama and members of Congress prior to the bill’s passage.

“[P]re-existing conditions absolutely has to go,” she said at the time. “It is cruel, it is capricious, and it is done only to enhance the bottom line.”

The Congressional LGBT Equality Caucus recognized Slaughter’s contributions as one of its members.

“Louise Slaughter was a champion for the rights of all people, but particularly for the LGBT community,” LGBT Equality Caucus Co-Chair Jared Polis said in a statement. “From her leadership on issues from marriage equality to comprehensive nondiscrimination protections, Representative Slaughter fought arm in arm with our community every day. Her wit, passion, and depth of experience will be greatly missed in our Caucus.”

“For three decades, Congresswoman Slaughter fought tenaciously on behalf of New Yorkers and all Americans, blazing a trail as one of the most powerful and influential women in Congress,” HRC President Chad Griffin said in a statement.

“Congresswoman Slaughter was proud to be a strong champion for the LGBTQ community and was one of the earliest Members of Congress to support marriage equality. She also fought for the repeal of ‘Don’t Ask, Don’t Tell’ and passage of hate crimes protections, was an original co-sponsor of the Equality Act, and a longtime member of the LGBT Equality Caucus. Our hearts go out to her family, friends and all those whose lives her work personally touched.”

John Riley is the local news reporter for Metro Weekly. He can be reached at jriley@metroweekly.com
← Previous Story NCLR’s Kate Kendell on retiring: “I have felt privileged every day to do this work”
Next Story → Oregon Supreme Court rules judge violated judicial ethics by refusing to marry gay couples