The air was thick with silence in Pershing Park on Saturday as onlookers watched the veiled figures, dressed head-to-toe in white, silently holding up pictures of those killed by gun violence. One by one, they formed a line and stared down into the semi-subterranean cement pit on the park’s western edge, where a crowd of onlookers had gathered.

Below, poster boards bearing the pictures and names of other victims were interspersed between pink and neon orange signs reading “Congress wants guns everywhere: Not in My School,” and iterations such as “Not on My Bus,” “Not in My Nightclub,” “Not in My Playground,” and “Not in My State.” Elsewhere in the park, other signs read: “Speak Up,” “35K deaths a Year,” “Big Gun, Tiny Mind,” and “Teachers Teach, Guns Kill.”

The silent, white figures were part of a “Human Beings” demonstration carried out by the gun violence prevention group Gays Against Guns (GAG), which had come to Pershing Park to put its own spin on the issues raised by the national March for Our Lives, which took place in Washington and several other cities around the country.

“We formed Gays Against Guns after the Pulse nightclub shooting,” explains John Murphy, a 58-year-old GAG volunteer visiting from New York. “We are an organization fighting for stronger gun legislation, and to defund the NRA and the cycle of death that they perpetuate.”

March for Our Lives was designed to protest political inaction on gun reform measures, following several recent mass shootings, including one that claimed 17 lives at Marjory Stoneman Douglas High School in Parkland, Fla.

The rally drew hundreds of thousands of people to Pennsylvania Avenue NW, the crowd spanning at least 12 city blocks, and was filled with people from all walks of life eager to push for change — whether lowering the influence of the NRA, or fighting to get politicians to take steps towards sensible gun reform. And the LGBTQ community, which was rocked in 2016 after the Pulse nightclub shooting claimed 49 lives, was out in force to help champion the cause.

Chris DeSett, a 24-year-old D.C. resident who hails from Overland Park, Kansas, says he first began paying attention to the issue of gun control in 2014 following at shooting at a local Jewish community center.

“It wasn’t an AR-15 that was used, but it still hit close to home,” says DeSett. “And two years ago, the Pulse shooting really hit home for me, as a gay man, that something similar could have happened at Town, at Nellie’s, or at Cobalt, had the circumstance been different.”

DeSett believes that Congress should pass legislation calling for universal background checks for gun buyers, and restoring the Federal Assault Weapons Ban that existed from 1994 to 2004, which was effective in curbing the incidence and frequency of mass shootings, even if it failed to stop gun violence outright.

“I don’t want anyone to feel they are living in an unsafe environment,” DeSett adds, “where they have to look over their shoulder all the time, worrying that someone — a former classmate, an ex, a stranger — will come into their school, their home with an AR-15 or some other weapon of war, and just killing scores of people.”

DeSett, and many other march attendees, dismissed a recent proposal — advanced by President Trump, the NRA, and Republican politicians — to arm teachers as a way of preventing mass shootings in schools.

Even if people advocated for an assault weapons bans, few called for an outright repeal of the Second Amendment. Rather, they called for responsible gun ownership, better training for those who purchase guns, and common-sense reforms that are relatively popular, according to public opinion polls.

Hal Brewster, 34, a former active-duty Army officer who served as a sniper and a platoon leader when he was stationed in Iraq from 2006 to 2010, says that despite being trained to carry an M-4, which is similar to an AR-15, he does not believe that civilians need unfettered access to military-grade weapons.

“I believe that the Second Amendment is in our Constitution,” he says. “But no right is absolute. My right to free speech is not absolute, neither is the government’s right to imprison somebody. Gun rights are also not absolute.”

“I feel our American culture is really addicted to guns,” says Mari Gustafson, a resident of Brooklyn, N.Y. “I’m originally from a small town in rural Colorado called Grand Junction. I grew up in a house full of guns, not really knowing the responsibility that is required to own a gun. My father didn’t lock his guns up, so my brother pointed a gun at me when I was growing up.

“So what I want with gun reform is for people to re-think their relationships with guns, and start taking them seriously,” Gustafson says. “My brother didn’t mean to kill me, he was just really mad. And a lot of these shootings, it isn’t necessarily because the person is crazy or anything like that. It’s a temporary moment of anger, and if there’s a gun available, they’ll use it.”

Gustafson was helping Gays Against Guns with a second demonstration at Pershing Park: a makeshift runway, where passersby were encouraged to grab props, ranging from rainbow boas to flags to stuffed animals, and show off their best runway walk.

“Tell the NRA to sashay away, take a walk on our runway!” called Brendan Wright, 25, a Gays Against Guns volunteer who was dressed as U.S. Rep. Barbara Comstock (R-Va.), who has become infamous for accepting hundreds of thousands of dollars from the NRA.

“We’re trying to raise awareness for the midterm elections coming up,” Wright says. “Barbara Comstock is a huge supporter of the NRA, and has accepted over $137,000 from them over the course of her career. So we think it’s really important to have the broader community advocate for gun reform and get her out of Congress.”

Speaking to the larger march, Wright says he’s impressed by the students’ success in organizing the event.

“It’s really incredible to see the youth not only bringing awareness to a national tragedy that affected them personally, but turning that into action that our entire nation can support,” he says. “The turnout for the march has been amazing, and I hope it keeps the conversation moving forward.”

Many others echoed Wright’s hope that the march can inspire people to elect people to public office who will be willing to back needed gun reforms.

Brandon Wolf, a survivor of the Pulse massacre who has since become an advocate for gun reform, says he hopes to get the march participants and the survivors of the Parkland massacre to take a more active role in the political arena.

“My next step is to get these kids registered to vote, get them to the polls,” says Wolf, who addressed march participants at a kickoff event held by the Human Rights Campaign earlier Saturday morning. “I think their voices will be heard the loudest in November. I live in Florida, and we have real chances to make change, and I think these students can lead the charge. But first we’ve got to get them registered to vote, and we’ve got to get them excited about the midterm election.”

“I’m hoping we have enough people out in force today so this march will make politicians worried about their careers, and they’ll have to do something about guns,” says Holzsager. “My fear is they’ll do the smallest something they can and believe that’s enough. But I hope that the movement won’t accept that. And if they don’t listen, I hope people will vote them out of office.”

See More: Check out Metro Weekly’s Instagram for more photos and videos from the March for Our Lives

By John Riley on January 26, 2022 @JohnAndresRiley 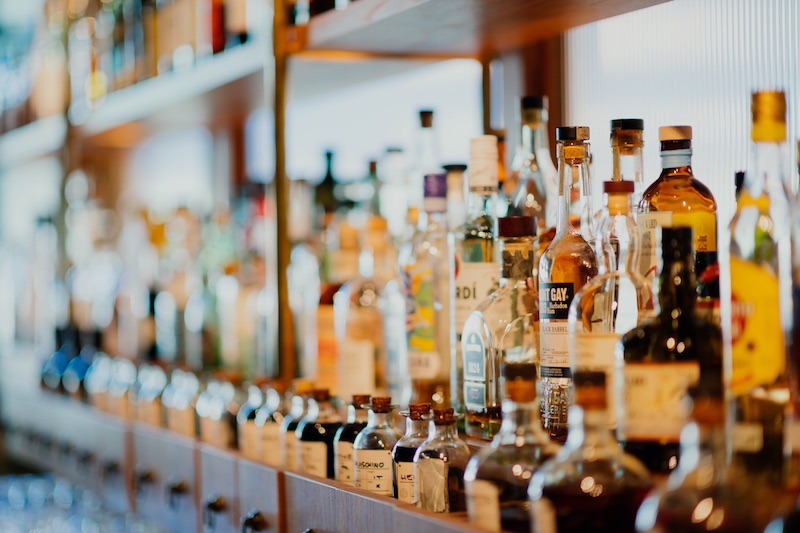 As You Are Bar, the bar, restaurant, coffeehouse, and community gathering space geared towards D.C.'s queer community, took another step closer to opening after the local Advisory Neighborhood Commission negotiated and approved a settlement agreement that would allow the venue to stay open until 3 a.m. on weekends, serve liquor, and host dance parties on Friday and Saturday nights.

Under the terms of the settlement agreement, As You Are Bar agrees to take steps to mitigate sound so that its pre-recorded music -- both on weekends for dance nights and from Sunday through Thursday, when the space will act more as a bar/restaurant/café, -- will not disturb nearby residents and businesses; abide by certain guidelines regarding food service, outdoor dining, and sanitation relating to general upkeep of the property; and follow an agreed-upon security plan so that staffers will be able to disperse crowds in a quiet, controlled manner that will reduce instances of loitering, drunken behavior, or disturbances following closing time.