Are you aware of BOTUS? Marlon Bundo, Bunny of the United States, is the Second Family’s pet rabbit — meaning he belongs to anti-gay Vice President Mike Pence.

He is also the star of a new children’s book, Marlon Bundo’s Day in the Life of the Vice President, which sees BOTUS follow VPOTUS on a typical day of (we presume) dreaming about hanging gay people and otherwise trying to get his extreme conservative platform onto Donald Trump’s desk.

However, there’s nothing intrinsically awful about a cute children’s book, even if it’s from the family of a man who believes in conversion therapy and opposes same-sex marriage, right?

Wrong. As John Oliver’s Last Week Tonight team discovered, part of the book’s nationwide tour will see it stop at anti-LGBTQ organization Focus on the Family in Colorado.

“Congrats Pence, you even managed to ruin Marlon Bundo,” Oliver said during the segment. “Now none of us can enjoy a book about your rabbit.

“Or can we?” Oliver added, revealing that — in a coincidence, we’re assured — his team has also written a book about Pence’s bunny.

Yes, Last Week Tonight writer Jill Twiss has penned a children’s book where the vice president’s beloved pet rabbit is gay. The book, as its website notes, is “for every bunny who has ever felt different.” 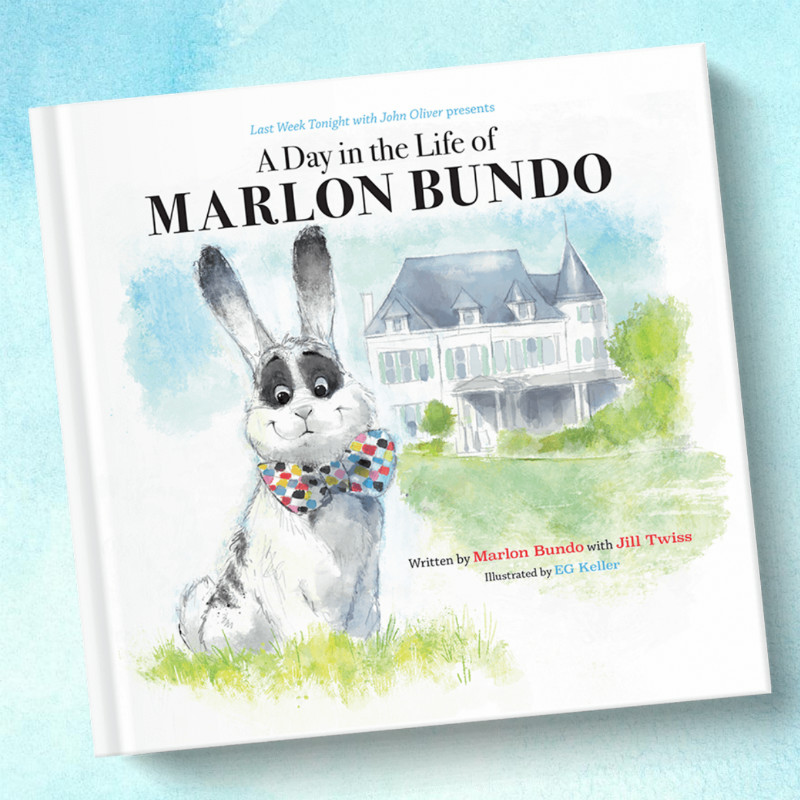 It follows a day in the life of Marlon, as he meets the aforementioned boy bunny, plans to spend the rest of his life with him, and then encounters an evil stinkbug who objects to their love — one who just happens to look like the vice president….

And if you need this story to get even more delectable, there’s also an audiobook read by Jim Parsons, with special guests including Jesse Tyler Ferguson and RuPaul.

The real kicker? Proceeds from the book will go to the Trevor Project, a crisis hotline for LGBTQ youth, and AIDS United, which is working to end the HIV/AIDS epidemic in America.

“Those are two great reasons to buy this book,” Oliver said. “Another is that selling more books than Pence will probably really piss him off.”

Watch the segment below (it starts around the 14:10 mark):