JR.'s, Freddie's and the Baltimore Eagle will all be handing out prizes for the most extravagant bonnets 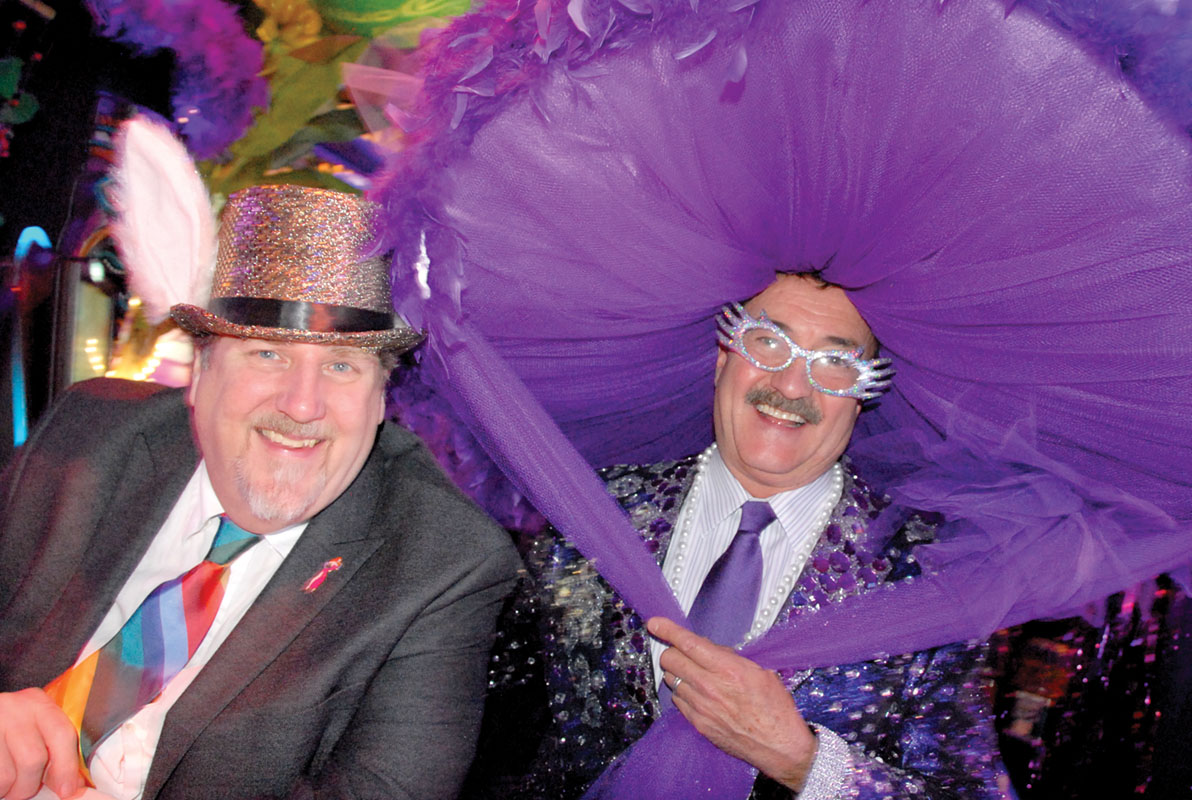 When it comes to being fashionable on Easter Sunday, it’s all about the hair, hats, and accessories. And don’t just take our word for it: Three separate LGBTQ bars will be handing out cash and drinks prizes this weekend to those with the biggest and brightest Easter bonnets.

The bonnet bonanza kicks off at Freddie’s Beach Bar, which will hold its Easter Bonnet Contest during Sunday brunch, from 10 a.m. to 4 p.m. A panel of judges will survey the bonnets throughout brunch — so be careful with that fourth glass of champagne — and the winner will receive $100 in cash, with second place earning $50 and third a Sunday Champagne Brunch for two.

“We’ve had some creative bonnets over the years,” says owner Freddie Lutz, who will be wearing his signature “over-the-top…big purple hat.” “One interior designer did some big elaborate crown thing that was pretty awesome. Somebody did a bunch of hydrangeas on a hat that looked great. One of them is sitting on top of my bar, where somebody created the entire front of the restaurant and had that on their head, with little Easter bunnies popping out of the windows.”

At 5 p.m. on Sunday, the Baltimore Eagle will hold their second annual contest, and co-owner Chuck King is excited, considering how successful last year’s was.

“We had some pretty amazing entries, everything from bonnets made with Peeps and Easter candies, to bonnets that were probably two feet tall shaped to look like an island paradise,” says King. “The winner last year had an airplane that was circling around the top of the bonnet.”

The Eagle’s winner will receive $150 in cash and prizes, and the contest will be followed by an Adult Easter Egg scavenger hunt, where patrons will search for hidden eggs in the bar’s upstairs level. Inside each egg will be prizes ranging from candies to gift certificates to bar tabs, to specially-sized packets of condoms and lube.

“Everyone gathers on first floor and we line them up and say ‘Go!’ and it’s pretty much like a herd of elephants running up the stairs,” says King. “It’s fun to see all these adults acting like kids, and it brings them back to memories of their childhood.” 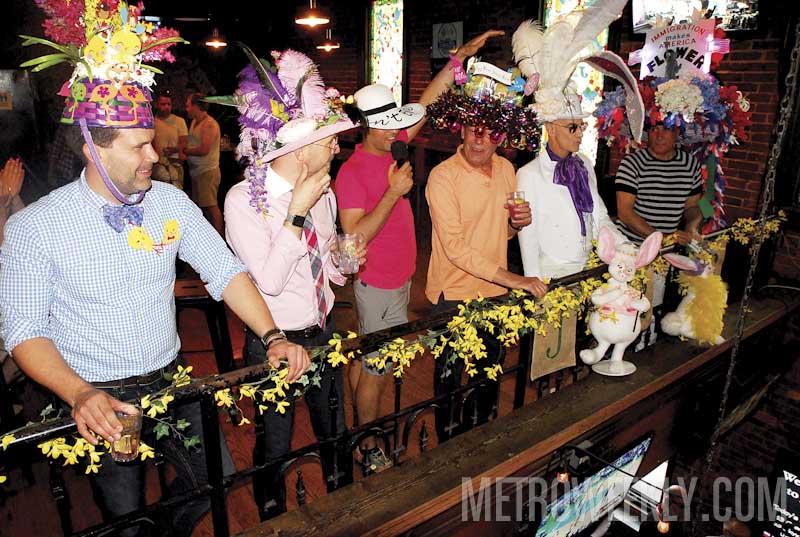 Back in D.C., JR.’s annual bonnet contest starts at 7 p.m. The winner will receive a $200 cash prize, and manager Dave Perruzza expects the winning bonnet will, as usual, be highly elaborate.

“We had one patron who’s a whiz with technology. He did one with K’Nex that had one bunny fucking another bunny on the hat,” he says. “We had another bonnet that was a blue hat as the Titanic, so one half of the boat was in the top half, the other half was in the bottom, and it had little people on strings underneath the water. It was crass, but sometimes crass can be really good.”

“Last year, there was a lot of anti-Trump stuff,” he says. “But we ask people to try to keep politics out of it, and have more fun this year.”

John Riley is the local news reporter for Metro Weekly. He can be reached at jriley@metroweekly.com
← Previous Story GAG Ball returns to take down NRA-funded Barbara Comstock
Next Story → House DJ Tom Stephan returns to Cherry with Victor Calderone