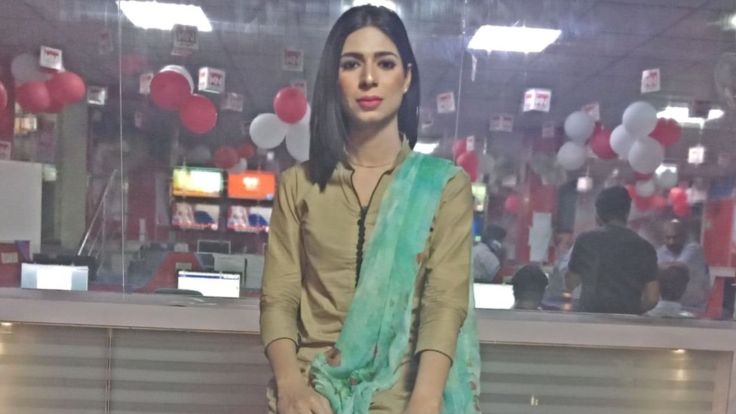 “I want to do something for my community that I feel is way behind,” Malik said. “I want to strengthen my people. Everywhere we go, a transgender person is looked down upon. But there’s nothing we can’t do; we’re educated, have degrees, but no opportunities, no encouragement. This is what I want to change.”

This is not the first time Malik has made history, as she was also the first trans model for Pakistan Fashion Design Council fashion week in Lahore.

Malik is also not the only transgender person to get hired at the network. According to Gay Star News, the CEO of Kohenoor News, Junaid Mahmood Ansari, said that a copy desk position was also filled by a transgender person.

“I want to use this platform to work for people’s problems and society at large. There’s a lot much more to this campaign than the hiring of transgenders,” Ansari said. “We want to take this forward and set an example. And we hope other channels and organizations follow suit not just for ratings, but genuinely accept and help this community and other underprivileged sections of society.”

Though accepted in society, Pakistani transgender people can still face discrimination and violence. However, this could change in the coming weeks, as a revised anti-discrimination bill is likely to become law and would protect trans people.

However, though trans people are potentially gaining more rights, a 2016 Human Rights report found that there is still a”societal stigma” against LGB people.

Same-sex sexual conduct is still a criminal offense, and there are no laws that protect against discrimination based on sexual orientation, which prevents LGB Pakistanis from openly expressing their sexuality.