Plus: Taylor Tomlinson, Equinox, The Rape of Recy Taylor, The Shining, The Mystery of Edwin Drood, The Boston Pops, DCDD, GMCW 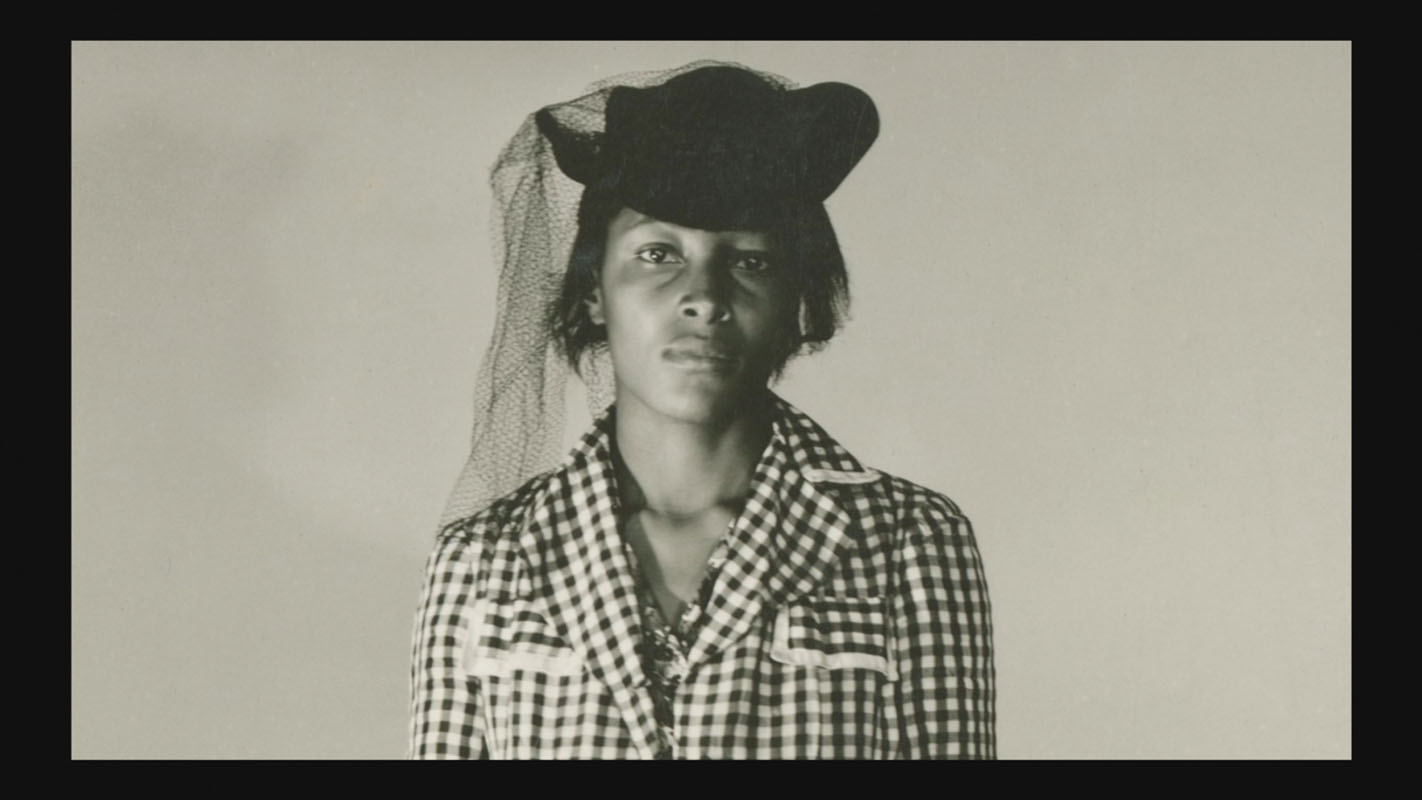 The Rape of Recy Taylor

THE RAPE OF RECY TAYLOR

In 1944 in rural Alabama, six white men abducted and raped 24-year-old Recy Taylor, who, at great personal risk, decided to speak out and publicly identify her rapists. With help from a young investigator named Rosa Parks, sent by the NAACP to work on the case, Taylor rallied support and triggered an unprecedented outcry for justice that paved the way for the 1955 Montgomery Bus Boycott and the movements that followed. And she lived to see it all, having died last year at the age of 97. The Aha! Moment and DC Rape Crisis Center co-present a special screening of the 2017 documentary, directed by Nancy Buirski, which will be followed by a discussion in recognition of Sexual Assault Awareness Month. Monday, April 9, at 7:15 p.m. AFI Silver Theatre, 8633 Colesville Road, Silver Spring. Tickets are $10 to $13 general admission. Call 301-495-6720 or visit afi.com/Silver. 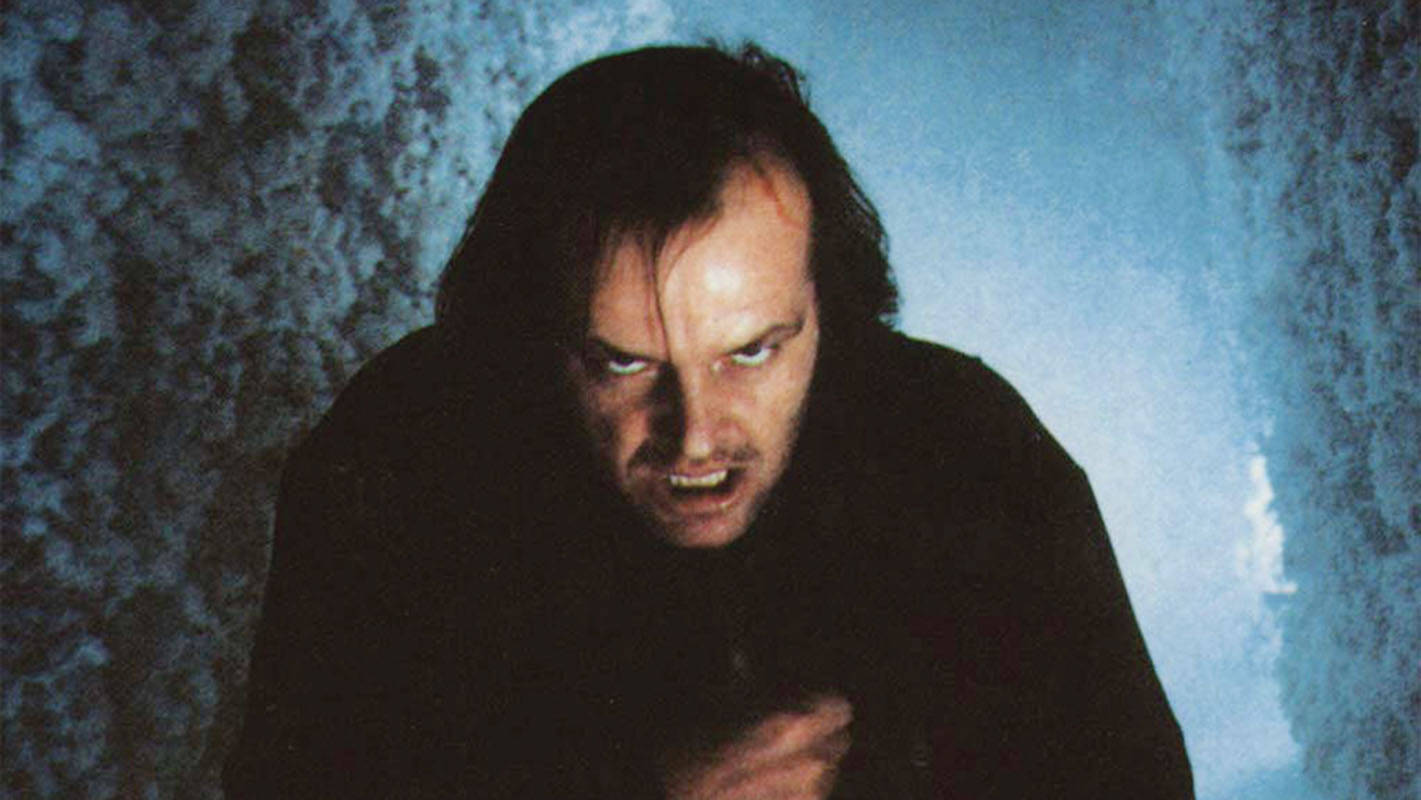 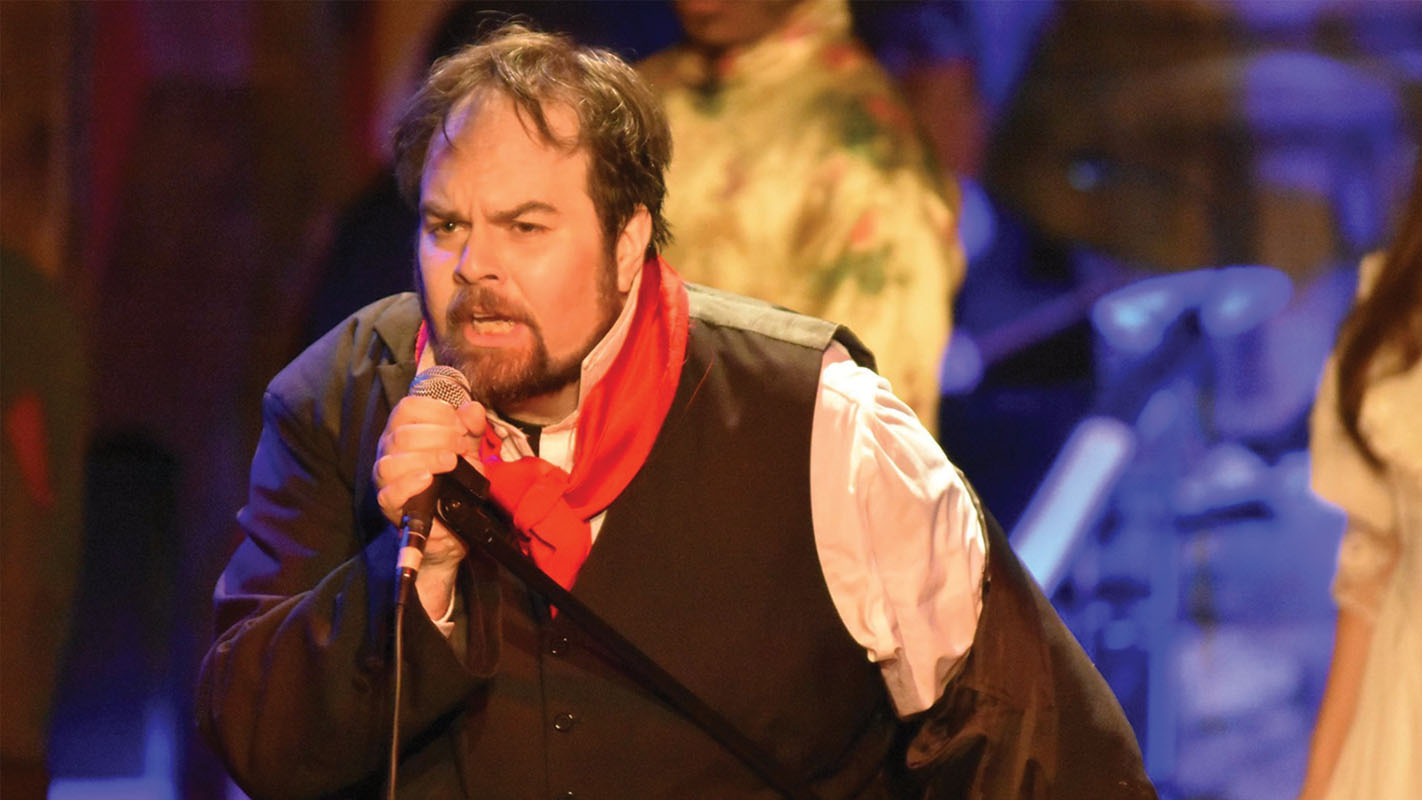 Quirky Landless Theatre is testing “its mettle and metal” approach with Rupert Holmes’ The Mystery of Edwin Drood. The 1986 choose-your-own-ending musical is a dark tale of deception, based on the unfinished novel by Charles Dickens. Landless brings together artists from the theater and music worlds to help give the show the power and punch of a rock concert. Melissa Baughman directs Lily Hoy in the title role. With Steve Wannall, Melissa LaMartina, and Andrew Lloyd Baughman. To April 29. Trinidad Theatre in the Logan Fringe Art Space, 1358 Florida Ave. NE. Tickets are $25. Call 202-737-7230 or visit landlesstheatre.com. 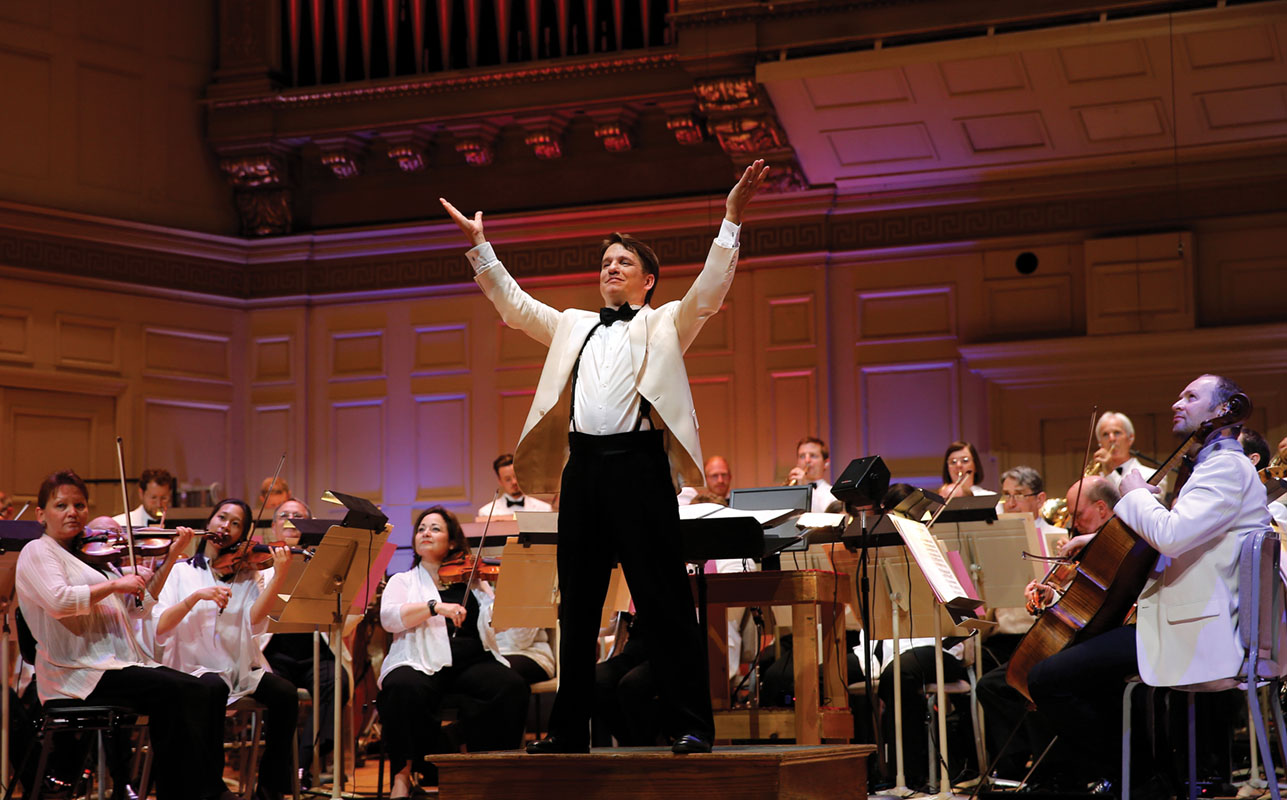 The very first orchestra created with a mission to play light classical and pop repertoire, the Boston Pops, established in 1885, also holds the distinction of selling more commercial recordings than any other orchestra in the world — achieved during the mid-20th-century tenure of its legendary conductor Arthur Fiedler. For the past 20 years, Keith Lockhart has led the orchestra and will do so in two local performances featuring classics it has become known for, including Gershwin’s Rhapsody in Blue, Bernstein’s Overture to Candide, Schindler’s List by John Williams (who led the orchestra in the 1980s), ABBA’s “Dancing Queen,” Queen’s “Bohemian Rhapsody,” and a “Cinematic Sing-Along.” Sunday, April 8, at 2 and 7 p.m. Music Center at Strathmore, 5301 Tuckerman Lane, North Bethesda. Tickets are $35 to $125. Call 301-581-5100 or visit strathmore.org. 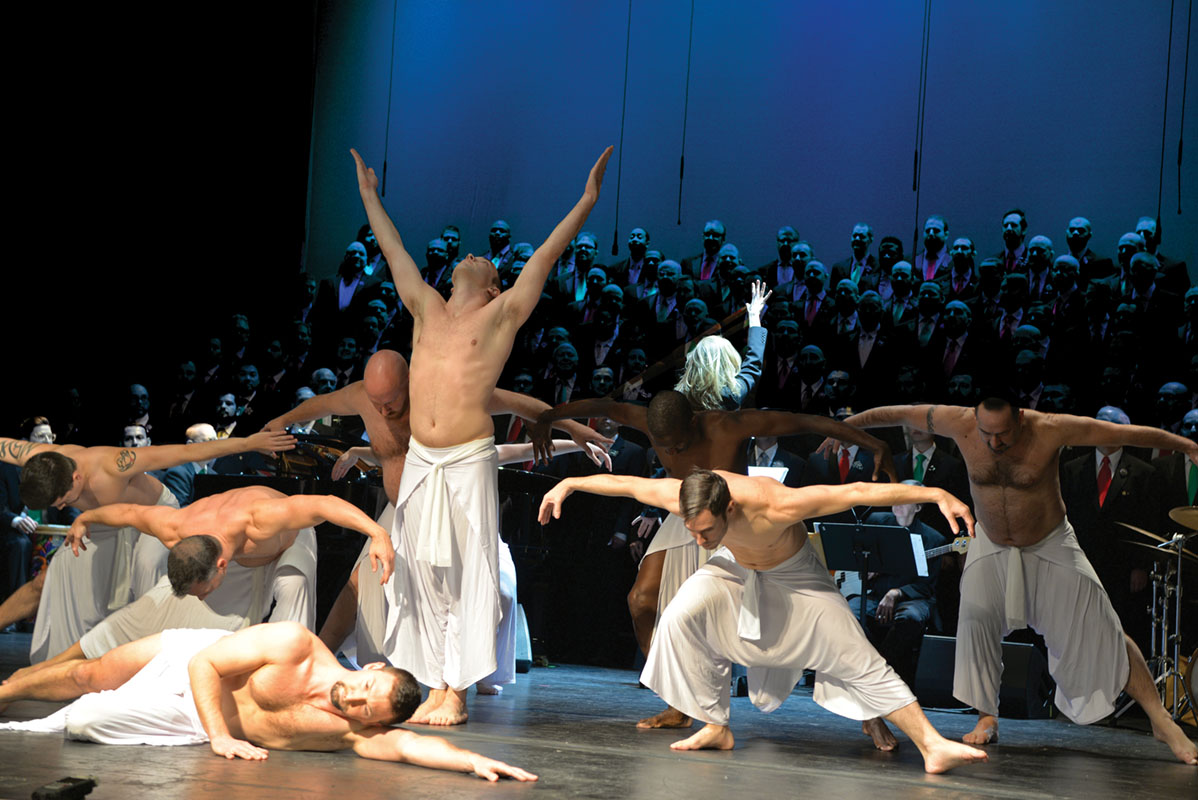 All four of the select adult groups of the chorus — Potomac Fever, Rock Creek Singers, Seasons of Love, and 17th Street Dance — take the stage together for the first time for a concert of amazing music and dance in Wolf Trap’s intimate, acoustically rich confines. But like any Gay Men’s Chorus production, expect a mix of everything from gospel and pop to Broadway and Fosse — “I Want It That Way” by the Backstreet Boys to “Waving Through A Window” from Dear Evan Hansen,” to cite but two examples. Saturday, April 14, at 4 and 8 p.m. The Barns at Wolf Trap, 1635 Trap Road, Vienna. Tickets are $40 to $45. Call 877-WOLFTRAP or visit wolftrap.org. 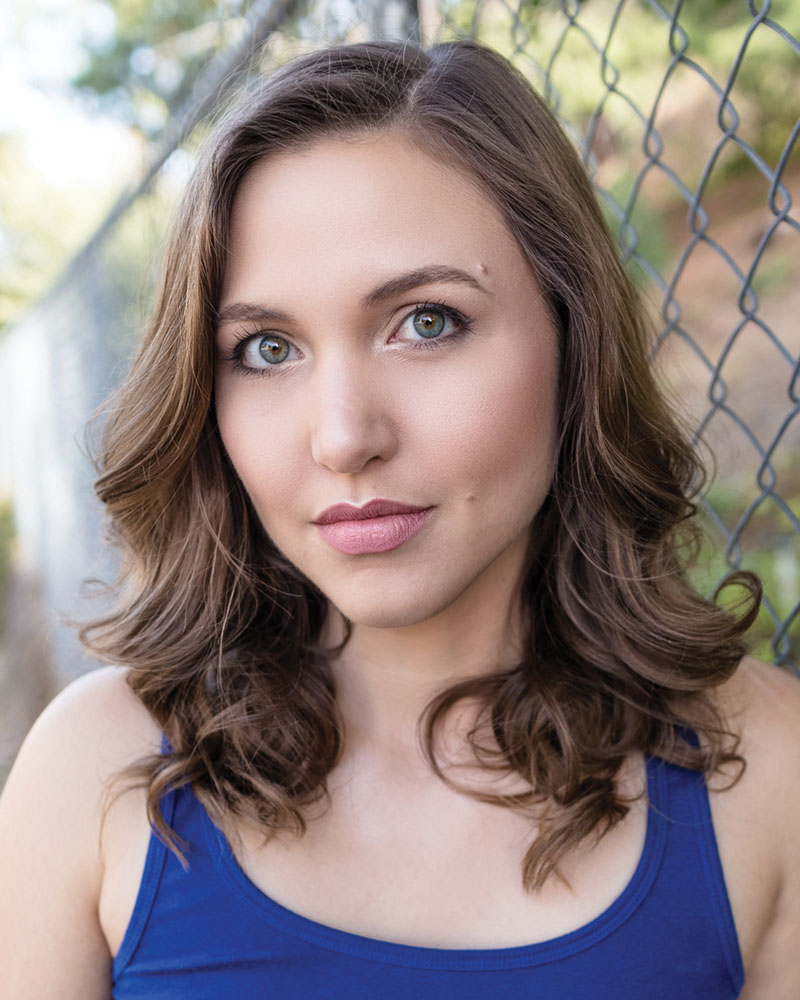 A Top 10 finalist on Season 9 of NBC’s Last Comic Standing, Tomlinson is currently developing a sitcom for ABC based on her religious upbringing and efforts to reconcile what she was taught with what she now believes — also the basis for much of her stand-up. Particularly trenchant is her chiding of her conservative father and his anti-gay sentiments despite having worked for many years teaching school choir: “Don’t bite the jazz hand that feeds you.” Cerrome Russell and Josh Kuderna open. Thursday, April 5, at 7:30 p.m., Friday, April 6, and Saturday, April 7, at 7:30 and 9:45 p.m., and Sunday, April 8, at 7:30 p.m. DC Improv, 1140 Connecticut Ave. NW. Tickets are $17 to $20, plus a two-item minimum. Call 202-296-7008 or visit dcimprov.com. 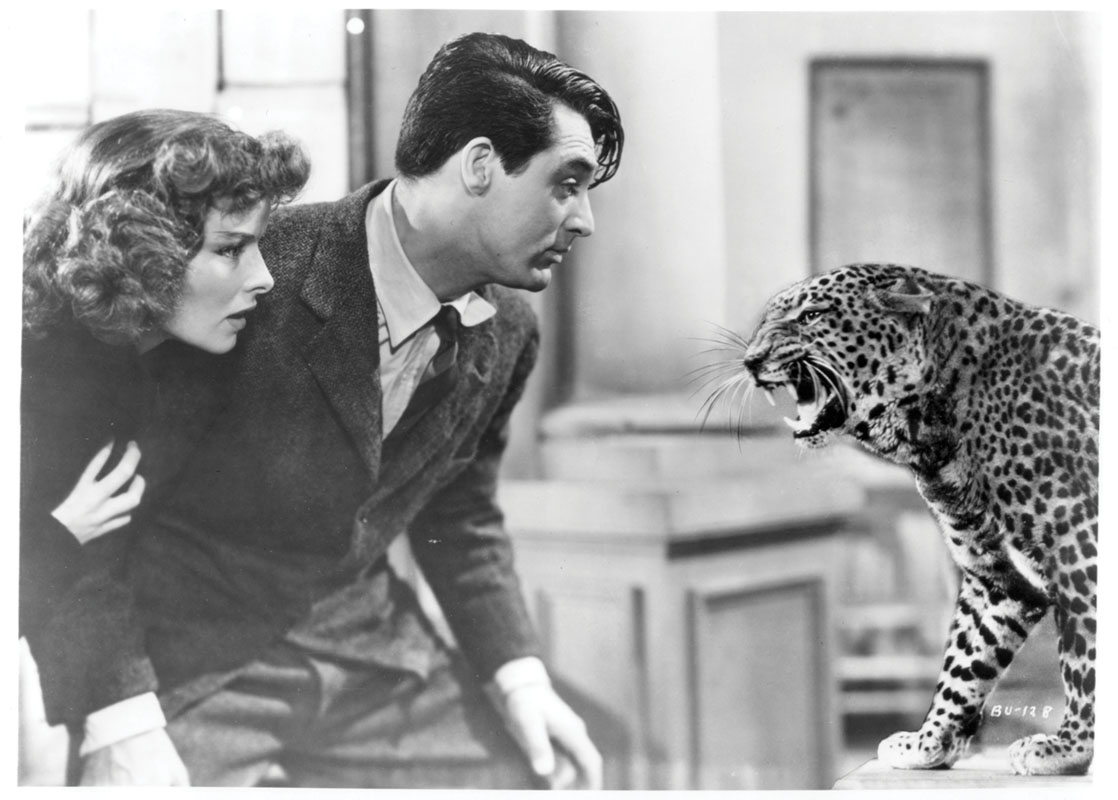 Howard Hawks’ American screwball comedy was such a commercial flop upon release in 1938, its star Katharine Hepburn was considered box-office poison for a while. Now, it ranks No. 88 on the American Film Institute’s “100 Years…100 Movies” list. Cary Grant co-stars with Hepburn the superbly outlandish classic. Fun fact: production was repeadely delayed due to frequent, uncontrollable outburts of laughter between the two stars. Part of Landmark’s excellent Capital Classics series at the West End Cinema, 2301 M St. NW. Wednesday, April 11, at 1:30, 4:30, and 7:30 p.m., 2301 M St. NW. Happy hour from 4 to 6:30 p.m. Tickets are $10 to $12.50. Call 202-534-1907 or visit landmarktheatres.com. 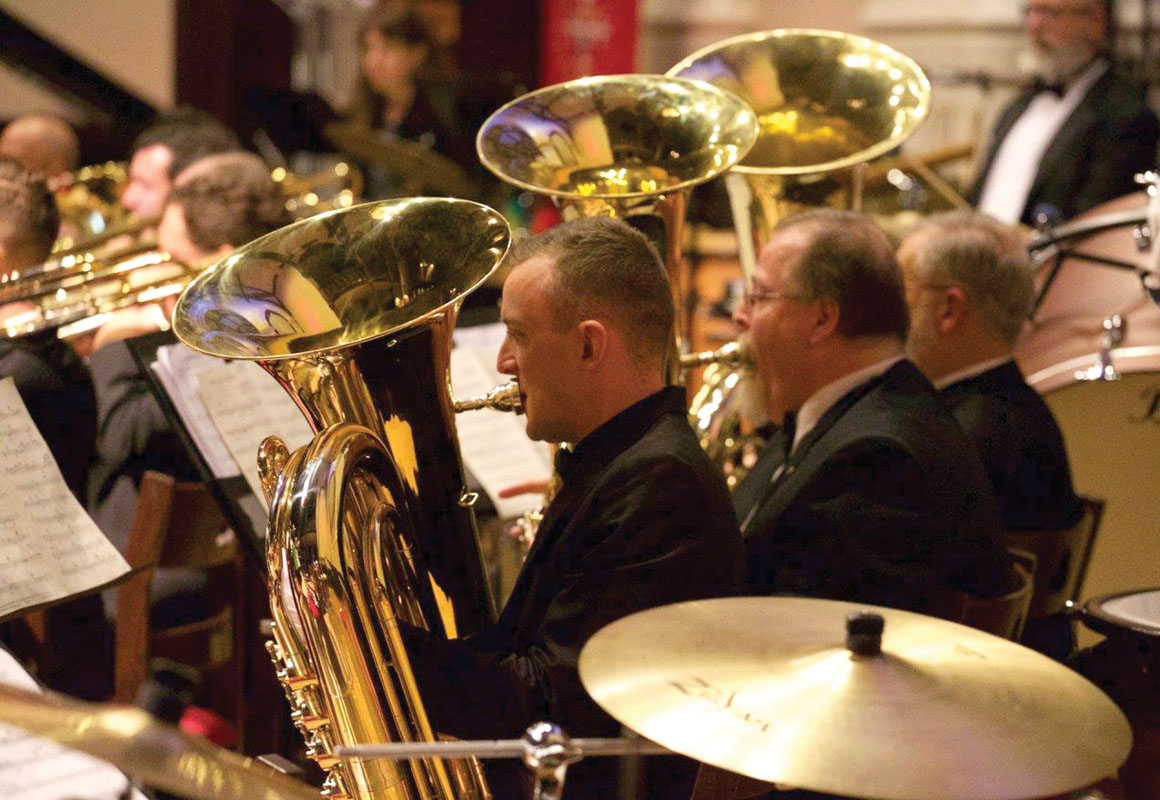 “Music inspired by Dance” is the theme of the annual concert featuring the LGBTQ musical umbrella organization’s Capitol Pride Symphonic Band. In his fourth season as conductor, Anthony Oakley leads a program featuring Robert Russell Bennett’s A Suite of Old American Dances — from the Cake Walk to Western One-Step to the Rag — Bernstein’s “Danzon” from Fancy Free, Britten’s Courtly Dances, Marquez’s Danzon No. 2, and the Richard Rodgers tune that gives the concert its title. The band will also perform Julie Giroux’s Hymn for the Innocent to honor 2016’s Pulse Nightclub massacre as well as other victims of gun violence. Saturday, April 7, at 7 p.m. Church of the Epiphany, 1317 G St. NW. Tickets are $20. Then, on Monday, April 9, DCDD will meet with those curious in becoming members of its Summer 2018 Marching Band and Color Guard at a shared Open House that will also feature representatives from TeamDC and Cheer DC looking for recruits. Anyone is welcome to join any DCDD band — the organization’s ensembles are “non-audition-based” — and can expect to play alongside both full-time musicians and music teachers. Monday, April 9, at 7 p.m. at Shaw’s Tavern, 520 Florida Ave. NW. Visit dcdd.org. 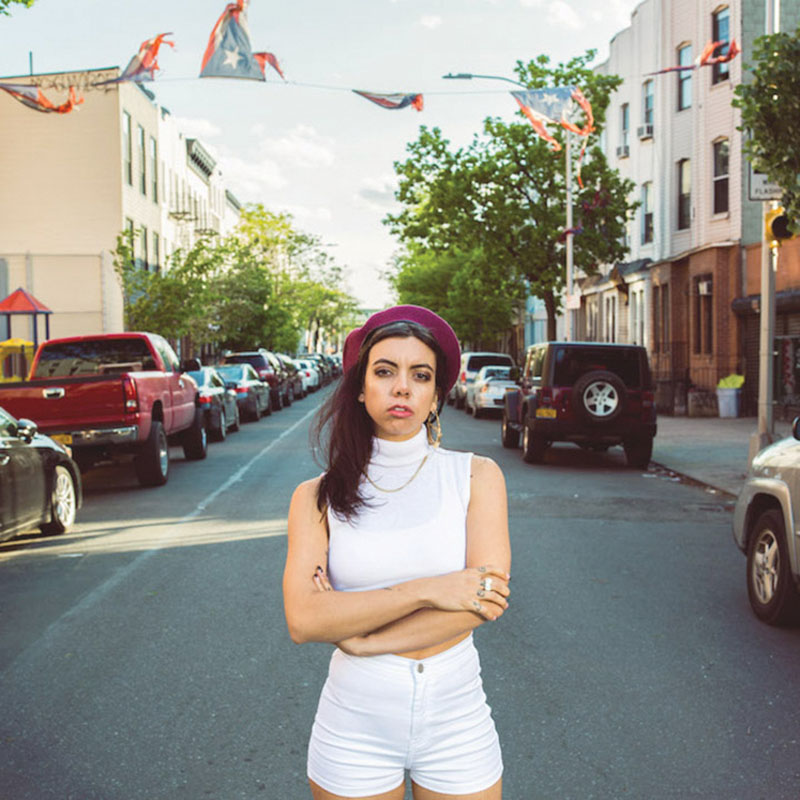 Hurray For The Riff Raff

HURRAY FOR THE RIFF RAFF 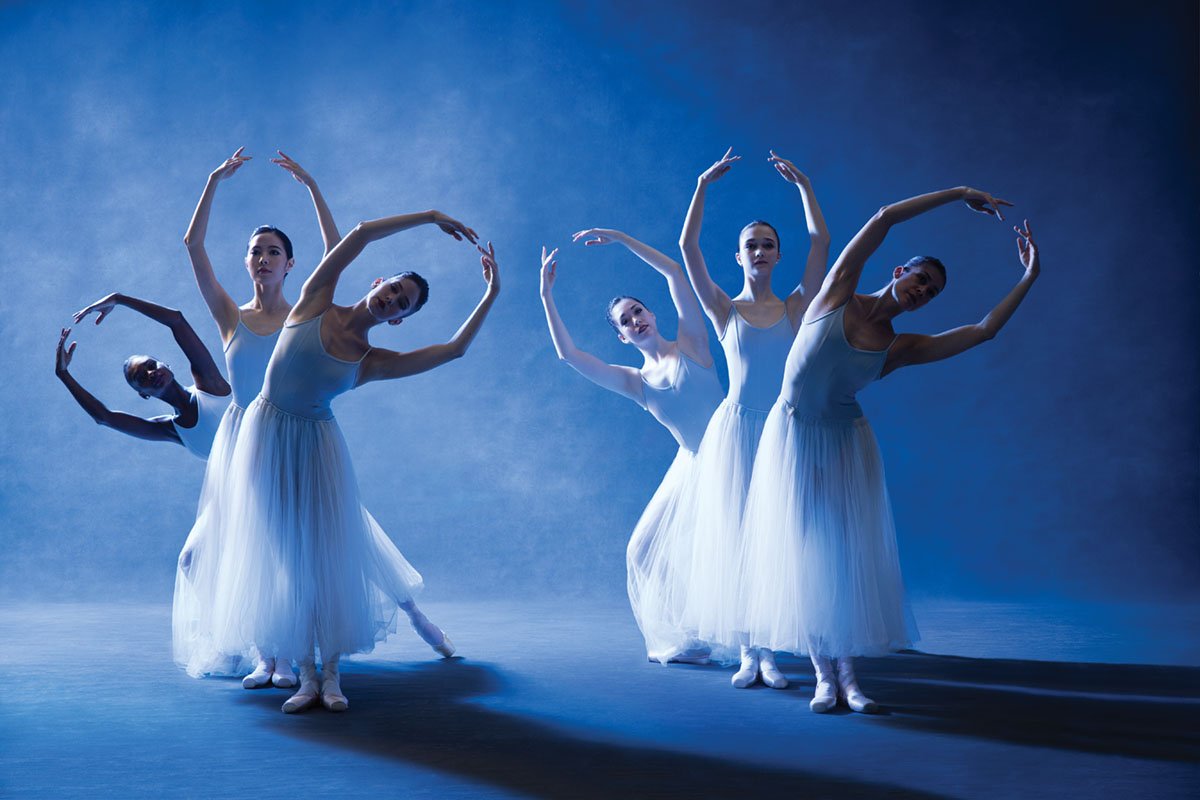 The company closes out its second season under Julie Kent with a Kennedy Center program of three masterwork ballets that remain inspiring and relevant, all performed with live musical accompaniment by the Washington Ballet Orchestra. There’s Serenade, the first ballet that George Balanchine choreographed in America, a milestone in the history of dance and set to Tchaikovsky; Symphonic Variations, Frederick Ashton’s abstract celebration of movement and physicality, set to Franck and heralded by the New York Times as “one of the purest pure-dance classics ever made”; and The Concert (or, The Perils of Everybody), Jerome Robbins’s timeless and humorous one-act charade, set to Chopin, depicting with satirical glee the thoughts and fantasies of a concert audience. Opens Wednesday, April 11, at 8 p.m. Runs to April 15. Kennedy Center Eisenhower Theater. Tickets are $25 to $140. Call 202-467-4600 or visit kennedy-center.org. 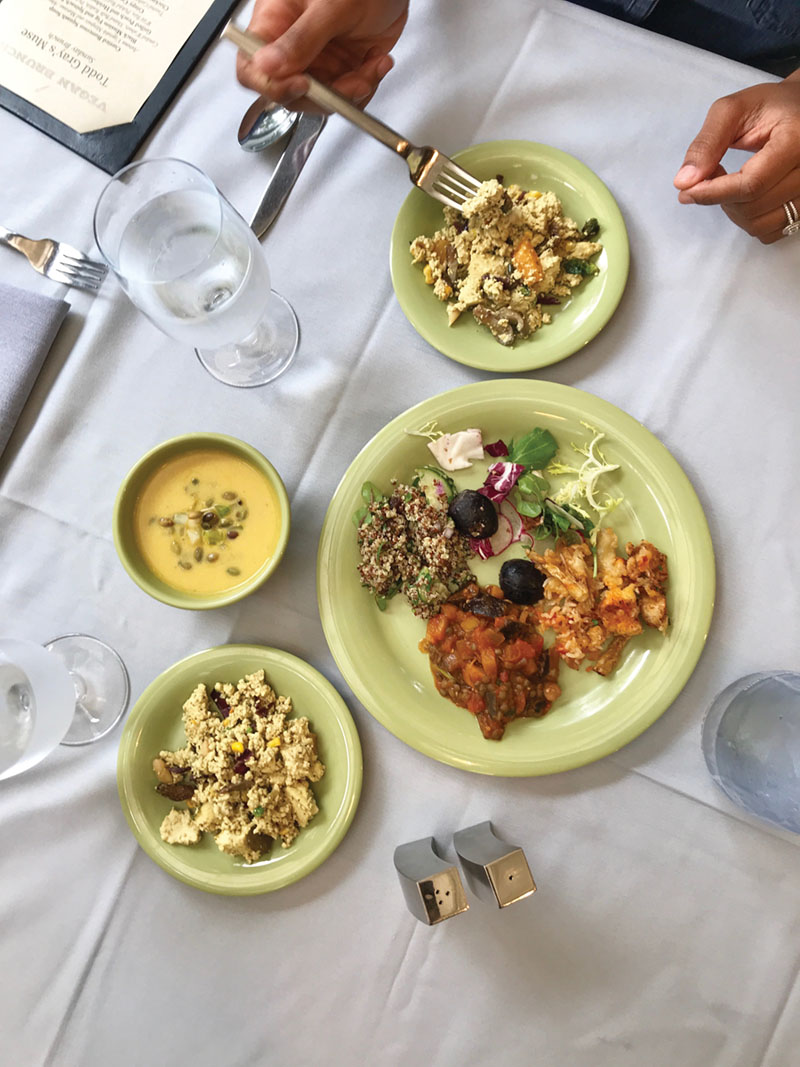 Rarely do you see a recurring event explicitly geared to vegans offered at a fine-dining venue. But the 19-year-old Equinox from James Beard-winning celebrity chef Todd Gray with his wife and fellow chef Ellen Kassoff is doing just that. The buffet style brunch is every Sunday from 11 a.m. to 2 p.m. and features the best seasonal, sustainable, and regionally sourced ingredients. Menu items include a French Style Onion Soup with oak barrel stout and sourdough croutons (hold the cheese, please), Arugula and Winter Citrus Salad with candied pecans, shaved radish, and sherry mustard vinaigrette, Sesame Glazed Japanese Eggplant with soba noodles, maple sherry gastrique, and green onion, Stuffed Whole Grain French Toast with northern neck blackberry jam and maple syrup, plus a made-to-order Tofu Scramble Station and an Artisan Bread Station with various jams, tapenade, exotic spices, and infused olive oils. Alcohol concoctions, priced at a reasonable $11 apiece, include an Equinox Bloody Mary with vodka and house vegan mix, a Cucumber Collins, a Strawberry Fields Have Burned with mezcal, strawberry puree, lime juice, and basil syrup, or Cantaloupe Kir with sparkling wine, cantaloupe water, and Peychaud bitters. Located at 818 Connecticut Ave. NW. $35 per person before taxes, gratuity, and beverages, and $15 for children under 12. Call 202-331-8118 or visit equinoxrestaurant.com.

Doug Rule covers the arts, theater, music, food, nightlife and culture as contributing editor for Metro Weekly. Follow him on Twitter @ruleonwriting.
← Previous Story Editor’s Picks for March 29 to April 4: Donnie Darko, New Chefs on the Block and more!
Next Story → Editor’s Picks: Cherry 2018, Potted Potter, A Moment in the Reeds and more!