Editor’s Picks: Cherry 2018, Potted Potter, A Moment in the Reeds and more!

Plus: Jokes That Give Back, Simone Dinnerstein, Top and Bottom, Mama's Black Sheep 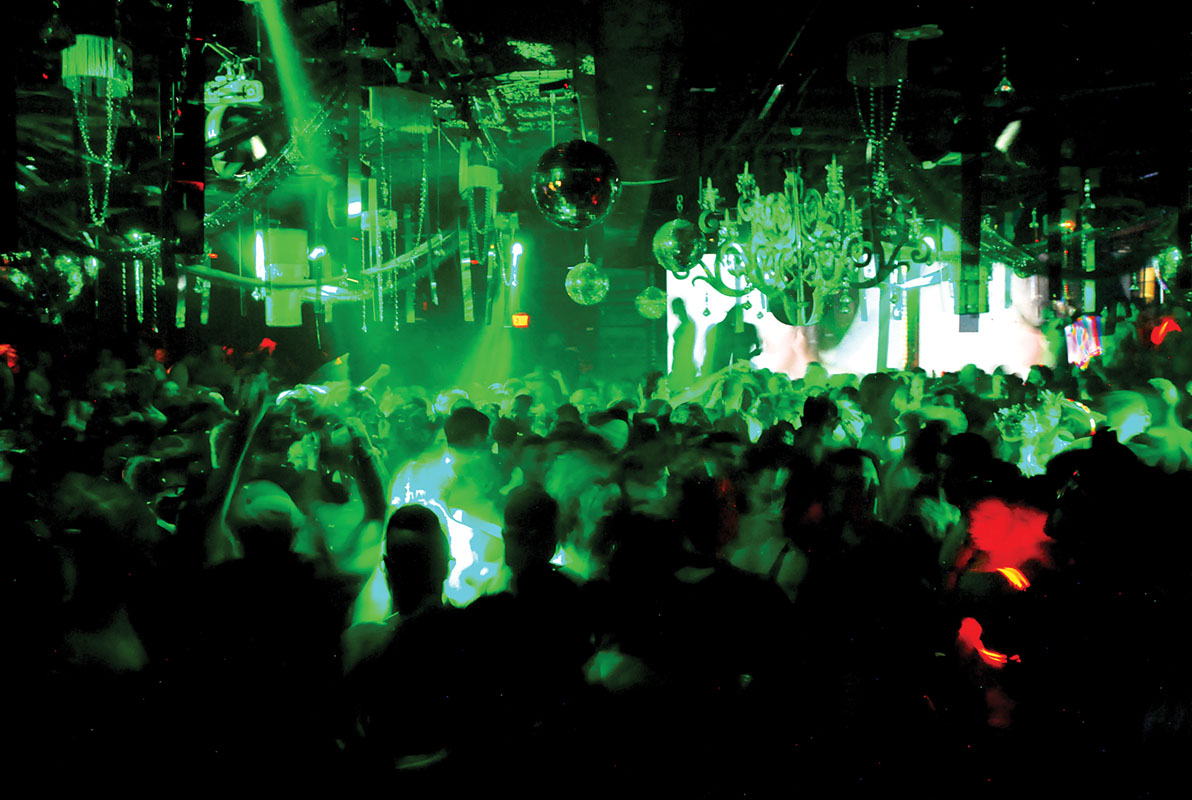 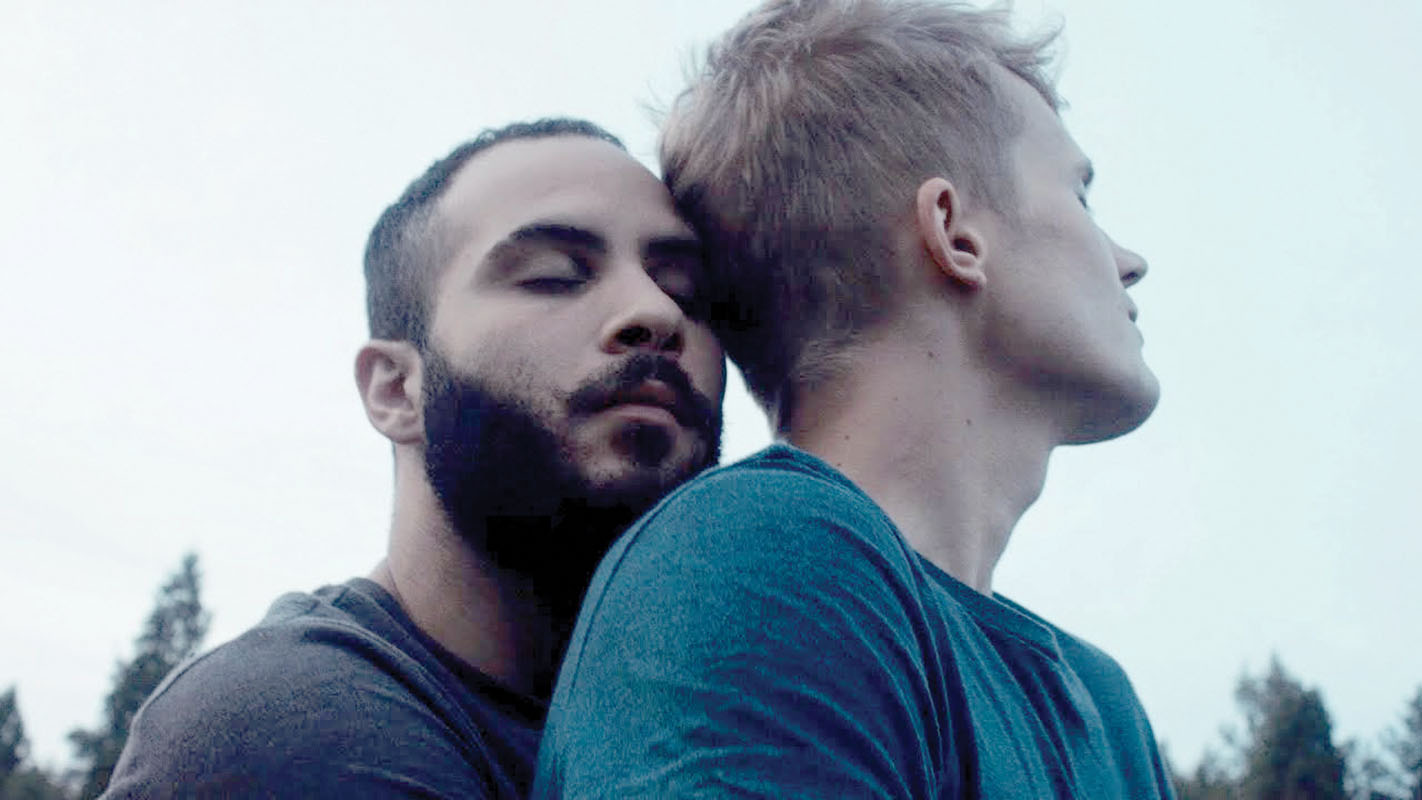 A Moment in the Reeds

A MOMENT IN THE REEDS

This month’s Reel Affirmations Xtra screening is an intimate drama about the chance encounter of two men by a Finnish lakeside. Among the first queer-themed feature films made in Finland, Mikko Makela’s A Moment in the Reeds focuses on Leevi, who returns home from studying abroad to help renovate the family lake house with his father and hired help Tareq, a Syrian asylum seeker. Leevi and Tareq proceed to give into their mutual attraction and discover one another. Rayceen Pendarvis of The Ask Rayceen Show hosts the screening, which is preceded by a Cocktails and Cinema Open Bar Happy Hour with DJ Honey. Friday, April 20, starting at 6 p.m. HRC Equality Center, 1640 Rhode Island Ave. NW. Tickets are $12, or a VIP Pass for $25 including reserved seating, a complimentary cocktail, and candy or popcorn. Visit thedccenter.org. 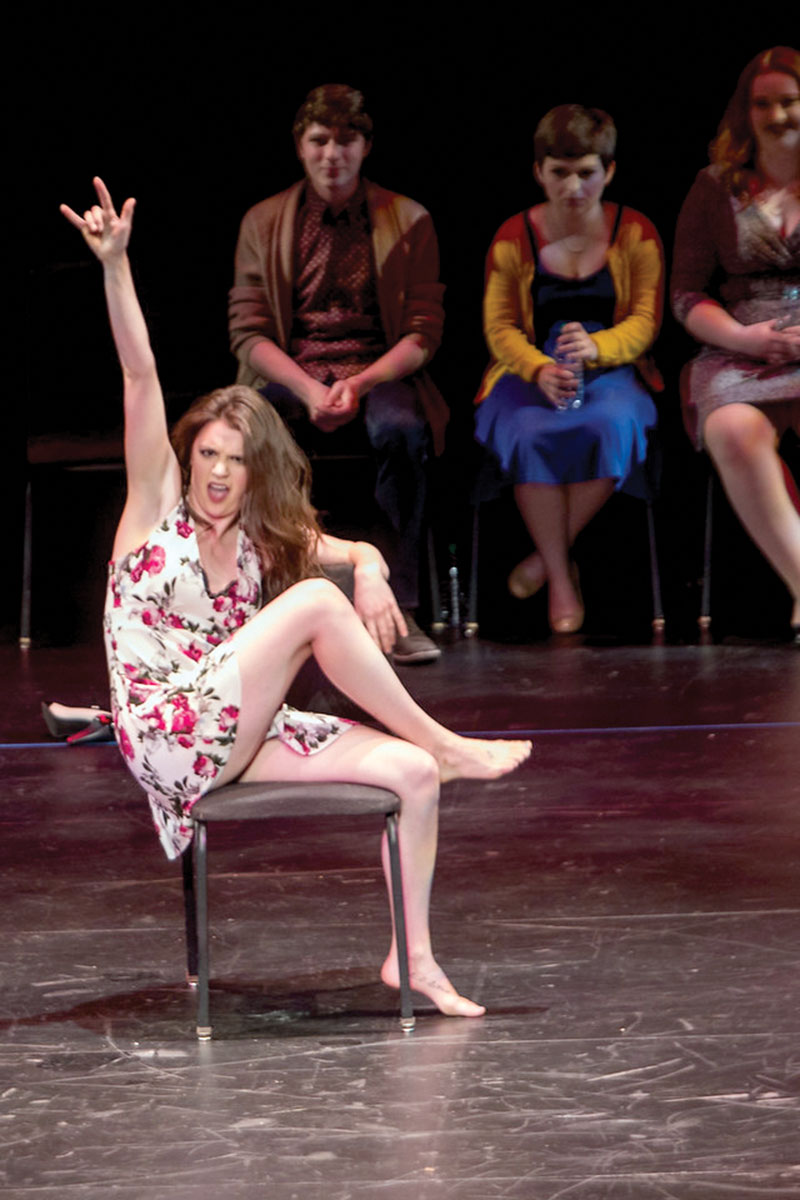 All week long, the Kennedy Center has been hosting outstanding theater students from universities across the nation as part of this annual national festival, which offers master classes and visits to leading D.C. theater companies. The festival concludes with a public performance of the finalists in the Irene Ryan Acting Scholarships. Eighteen students from eight regions of the U.S. audition before a panel of theater experts, who will determine the winners of $3,000 in scholarships. “You really get blown away by these kids,” marvels Gregg Henry, a former Irene Ryan finalist from 1979 who now runs the festival for the Kennedy Center. The first half of the evening is straight plays, while the second is dedicated to musical theater. Friday, April 13, at 7 p.m. Kennedy Center Terrace Theater. Tickets are $25. Call 202-467-4600 or visit kennedy-center.org. 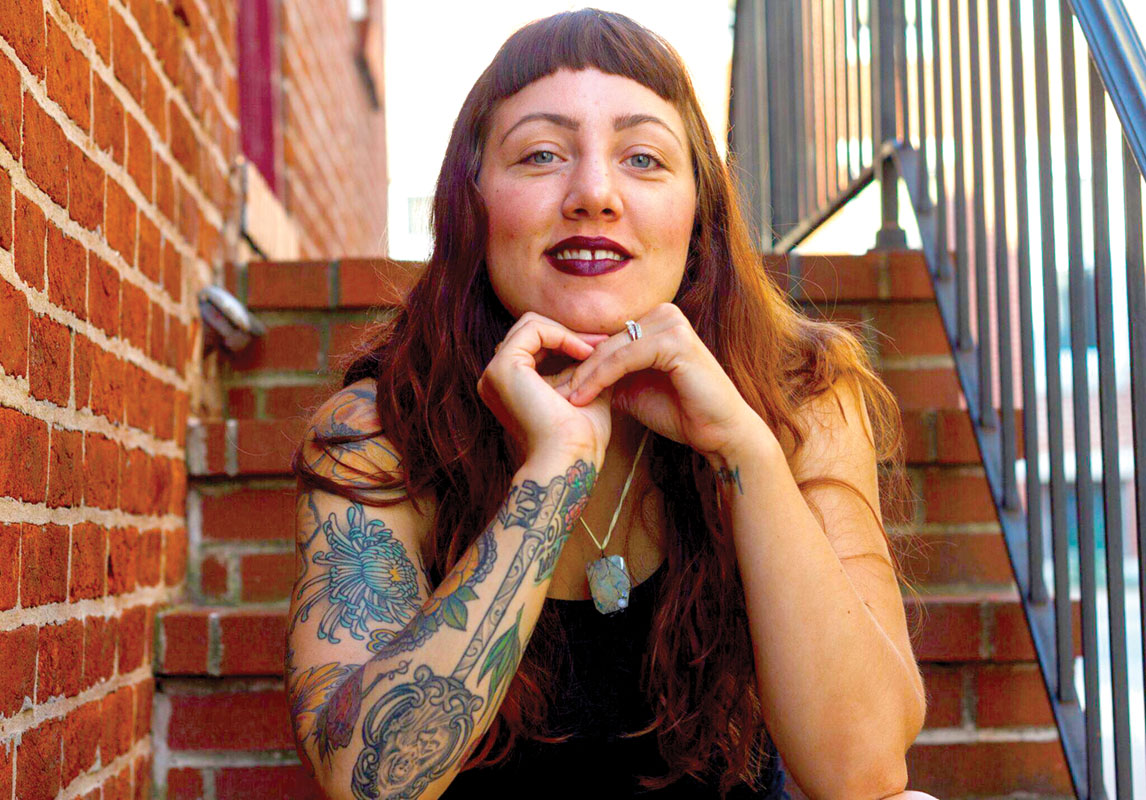 Jokes that Give back host Nicki Fuchs

JOKES THAT GIVE BACK

Once a month, Baltimore comedian Nicki Fuchs offers a standup comedy show featuring comics from the area and beyond as a fundraiser for a different charity each month. A portion of proceeds from the April edition will go to the D.C. chapter of Engineers Without Borders, which works to improve the quality of life by resolving particular infrastructure needs in developing communities both locally and internationally. Fuchs hosts a show featuring Violet Gray, Mike Engle, Sheila Wenz, Davine Ker, and Shelley Kim. Wednesday, April 19, at 7 p.m. Drafthouse Comedy, 1100 13th St. NW. Tickets are $10. Call 202-750-6411 or visit drafthousecomedy.com. 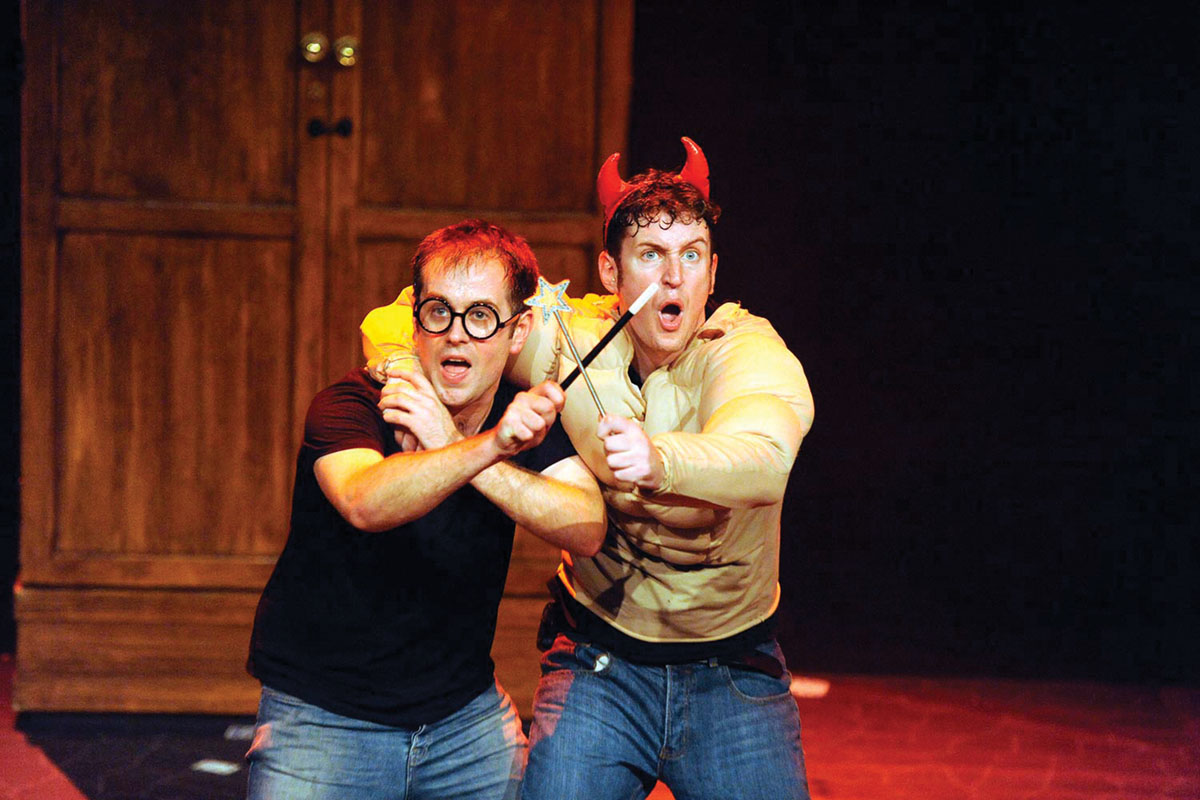 Co-written and co-performed by Daniel Clarkson and Jefferson Turner, this “Unauthorized Harry Experience” is a loving parody of Hogwarts. “What we attempt to do is condense all seven Harry Potter books into 70 minutes,” Clarkson told Metro Weekly during a previous tour of the show. With Turner in the titular role, Clarkson is left to assume all the 360 other characters, plus they even throw in “a live game of Quidditch.” A critical and commercial success everywhere it’s played after its launch at the Edinburgh Fringe Festival, Potted Potter returns for another local run presented by the Shakespeare Theatre Company. Now to April 22. Sidney Harman Hall, Harman Center for the Arts, 610 F St. NW. Call 202-547-1122 or visit shakespearetheatre.org. 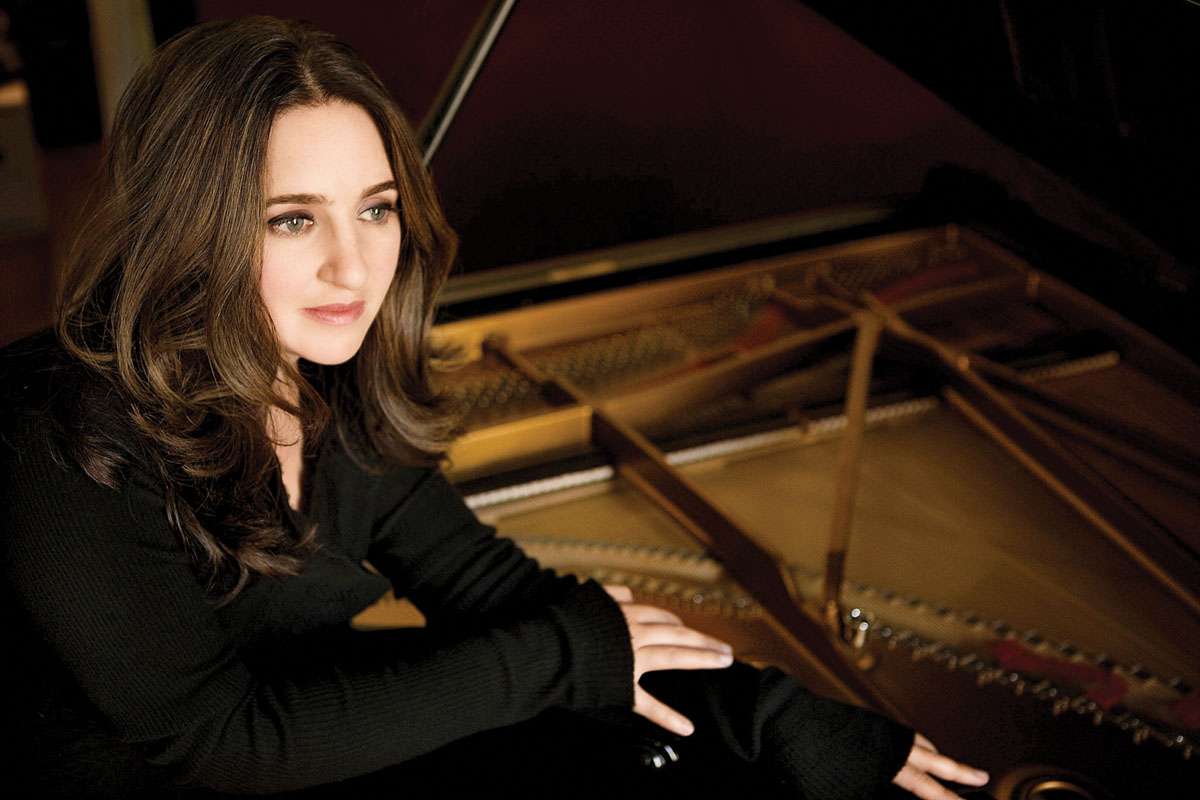 SIMONE DINNERSTEIN WITH THE FSO

The star New York-based pianist and Sony Classical artist joins with the Fairfax Symphony Orchestra to perform the regional premiere of a new concerto written for her by renowned composer Philip Glass, his Piano Concerto No. 3. “There are almost no concertos written for piano and strings since Bach’s time,” Dinnerstein says in the program’s official note, explaining the significance of Glass’ work, and the reason it’s paired with Bach’s Keyboard Concerto in G Minor, to show “how his music impacts us today [and] enabling the listener to create bridges between the old and new.” Christopher Zimmerman conducts a program also including Vaughan Williams’ Fantasia on a Theme by Thomas Tallis and Elgar’s Introduction and Allegro for Strings. Saturday, April 21, at 8 p.m. George Mason University Center for the Arts, 4373 Mason Pond Drive, Fairfax. Tickets are $39 to $65. Call 703-563-1990 or visit fairfaxsymphony.org. 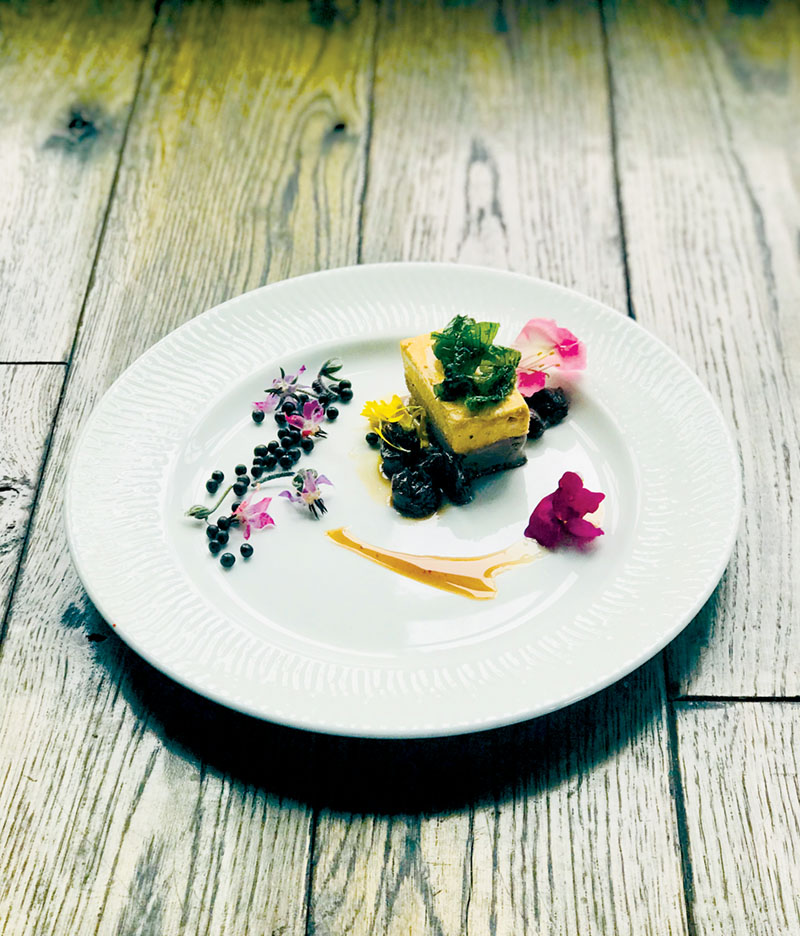 As a nod to the cherry blossoms, EatWell’s poultry-focused restaurant in Shaw offers a culinary tour to celebrate Hanami, the traditional Japanese party focused on the transient beauty of flowers. A five-course tasting menu spotlights fowl and fresh vegetables paired with cocktails and wines highlighting the subtle, unique flavors of Japan. To Sunday, April 15. The Bird, 1337 11th St. NW. Five-course menu is $50, plus $20 with drink pairings, available by reservation only. Call 202-518-3609 or visit thebirddc.com. 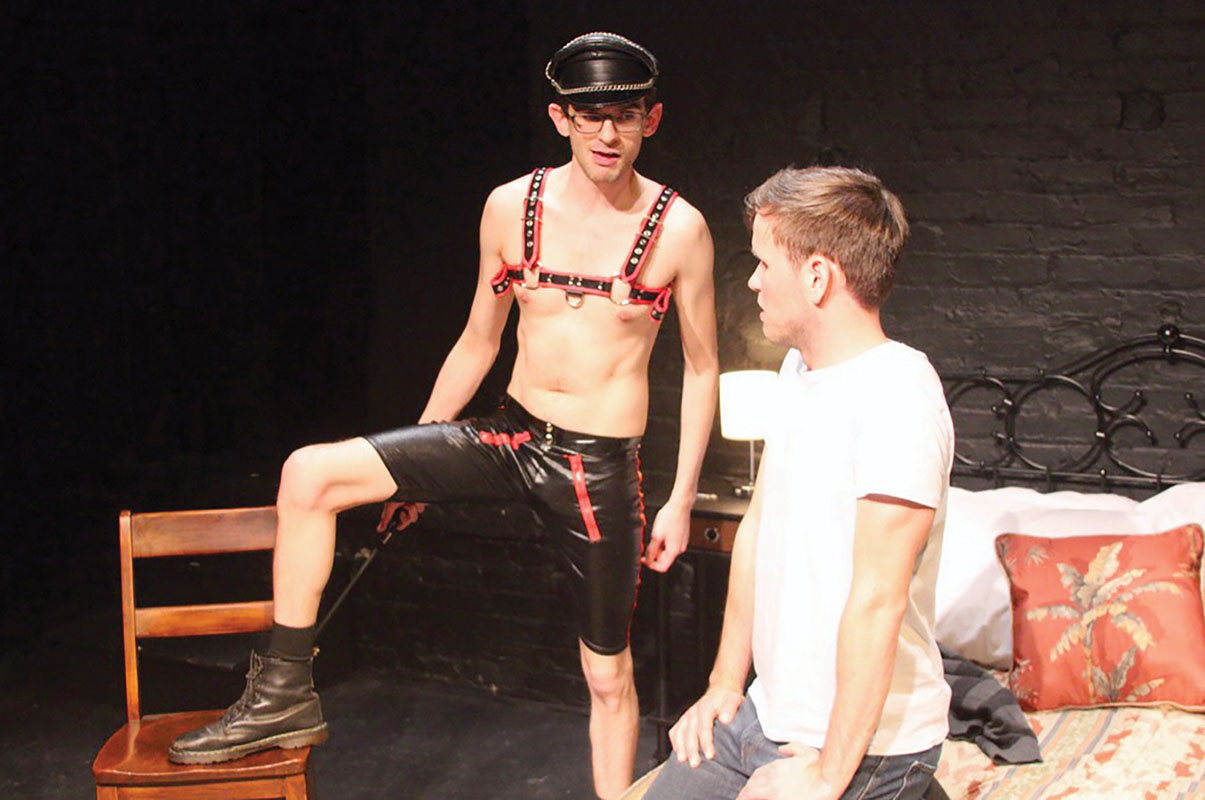 Five years after its formation, the LGBTQ-focused Rainbow Theatre Project’s strong work is not going unnoticed — and as evidenced by being nominated as an Outstanding Emerging Theatre Company at this year’s Helen Hayes Awards. The company closes out its current season with a recent hit at the New York Fringe Festival exploring intimacy and identity in a gay world of labels and stereotypes. A comedy by Kevin Michael West (The DOMA Diaries), Top and Bottom focuses on an encounter between two guys who want to explore their sexual bondage fantasies, but they’re a bit klutzy, a bit nerdy, and a bit unsure of what they’re doing, and as a result everything goes a bit awry. Dimitri Gann and Ryan Townsend star. Production contains full male nudity. To April 29. District of Columbia Arts Center (DCAC), 2438 18th St. NW. Tickets are $35. Call 202-462-7833 or visit dcartscenter.org. 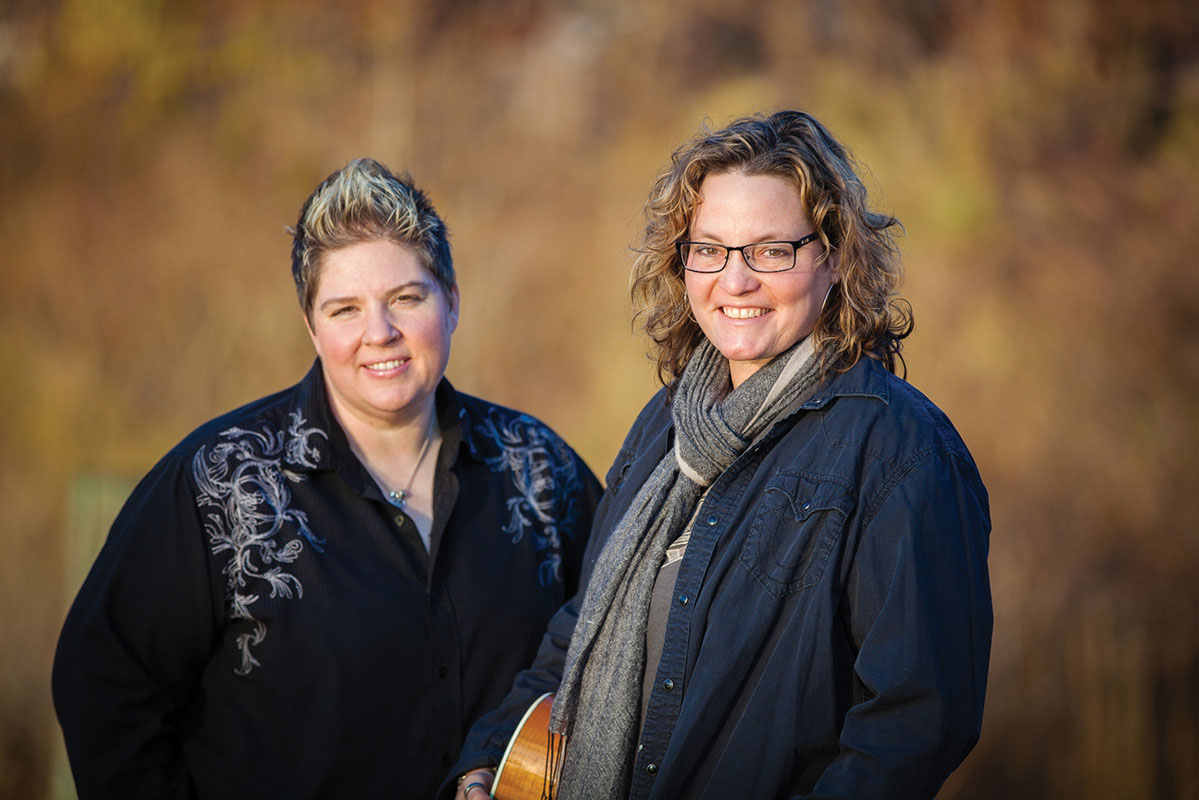 Ashland Miller and Laura Cerulli, who together make up the soulful folk-pop band Mama’s Black Sheep, both felt like the black sheep of their respective families. Why? Because they’re struggling artists, pursuing their artistic dreams. “We’re still [just] pickin’ and a grinnin’ in the beer joint, as my father likes to put it,” Miller joked to Metro Weekly when they performed at Capital Pride. Whatever you call them, just see them live — they’re really good. And they keep good company, too: Mama’s Black Sheep tours the country on the sixth “Sirens of Spring Tour,” a heady lesbian folk double-bill with Christine Havrilla and her rock/blues/country band, Gypsy Fuzz, which will preview new songs from a forthcoming release. Wednesday, April 18. Doors at 6 p.m. Jammin Java, 227 Maple Ave. E. Vienna. Tickets are $15 to $25. Call 703-255-3747 or visit jamminjava.com. 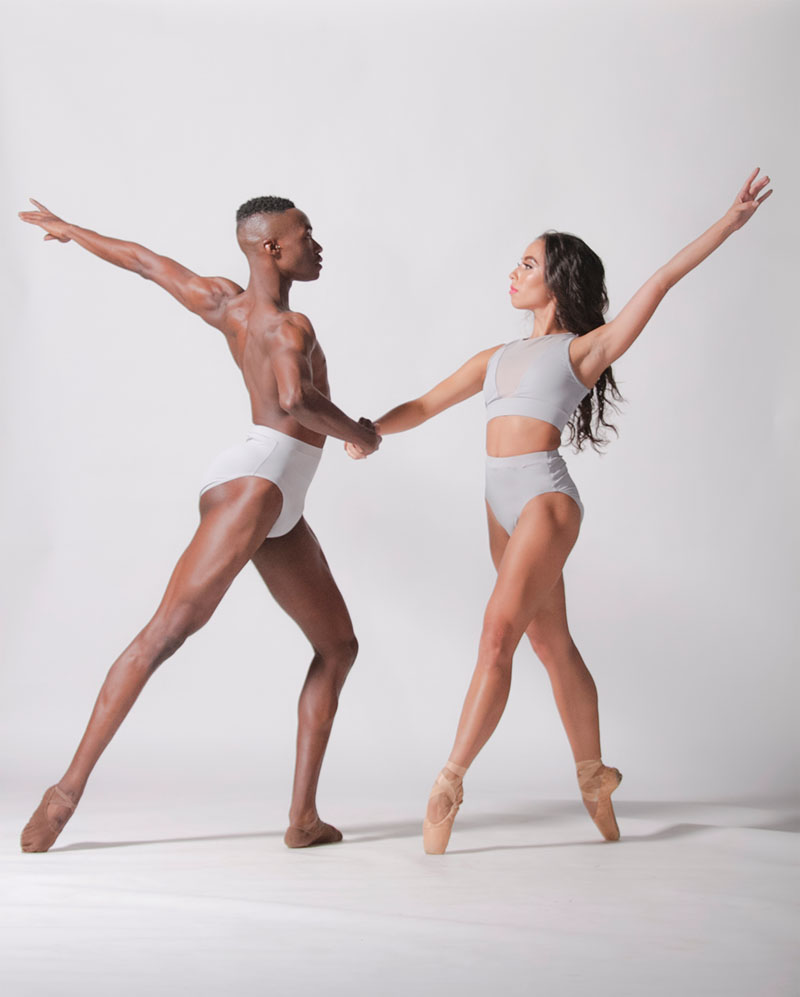