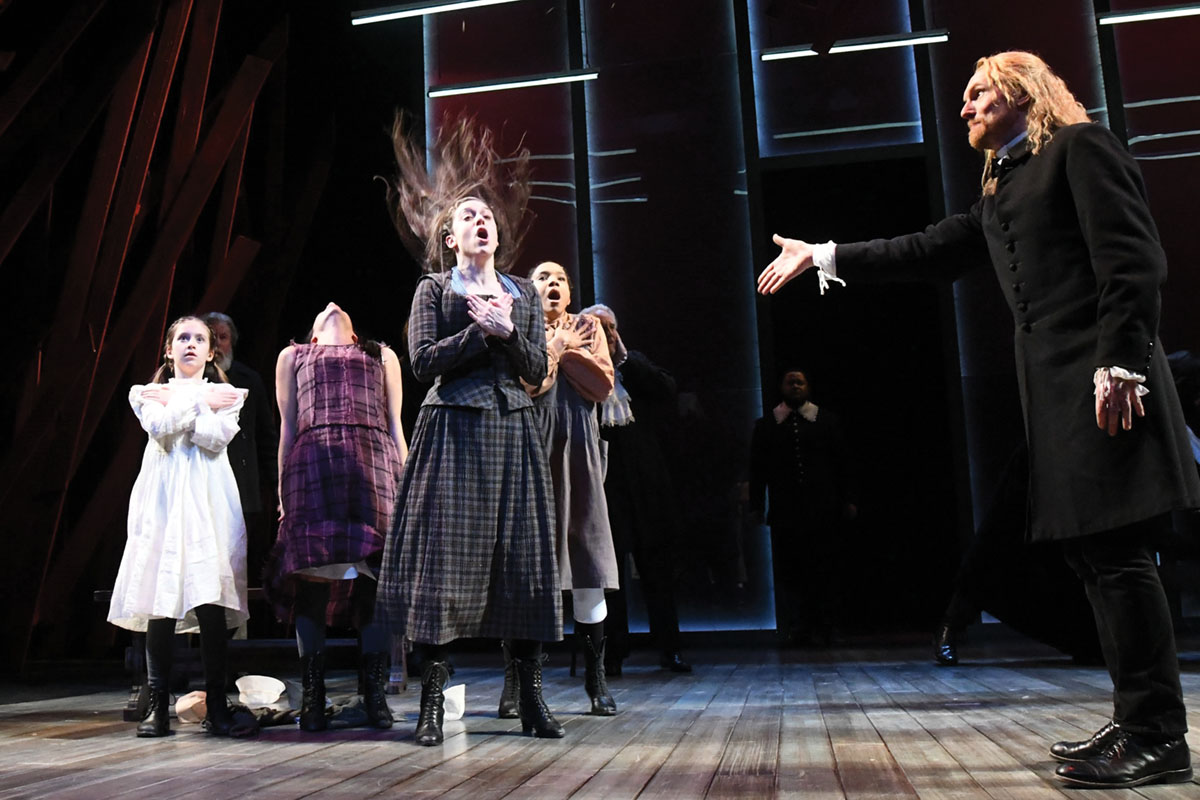 Arthur Miller’s opus on the Salem witch trials remains as timely and cautionary as ever: a reminder of what can happen when fear runs amok and truth is bent to political convenience. Eleanor Holdridge directs a 19-member cast led by Chris Genebach as John Proctor and also including Rachel Zampelli as Elizabeth Proctor, Michael Russotto as Reverend Parris, Dani Stoller as Abigail Williams, and Lilian Oben as Tituba. To May 20. Mainstage, 2001 Olney-Sandy Spring Road, Olney, Md. Call 301-924-3400 or visit olneytheatre.org.

Now in its 32nd year, the Washington, DC International Film Festival enters its second weekend with a variety of highlights (all screening at Landmark’s E Street Cinema, 555 11th St. NW, unless otherwise noted). The drama A Man of Integrity was shot clandestinely in northern Iran by Mohammad Rasoulof. It screens on Saturday, April 28, at 3:35 p.m. at AMC Mazza Gallerie (5300 Wisconsin Ave. NW). Outside In, a drama by Lynn Shelton, stars Edie Falco as the potential lover of a parolee (Jay Duplass). It screens Thursday, April 26, at 8:30 p.m., and Saturday, April 28, at 4 p.m. Jon Garano’s Giant is a strange tale, in Spanish and Basque, about a 19th-century man billed as “the tallest man in the world” and distinguished by meticulous lighting and cinematography creating the experience of an Old Master painting moving and changing. It plays Friday, April 27, at 6 p.m., and Saturday, April 28, at 8:30 p.m. (at AMC Mazza Gallerie). Boom for Real: The Late Teenage Years of Jean-Michel Basquiat is Sara Driver’s look at the late artist’s formative years as a homeless teenager in New York. It plays Friday, April 27, at 6:30 p.m. Finally Just To Be Sure, Carine Tardieu’s perceptive French comedy, closes the festival, with screenings at 3 and 7 p.m. o Sunday, April 29, at the French Embassy, 4101 Reservoir Rd. NW. Call 202-234-FILM or visit filmfestdc.org for a full schedule and more information. 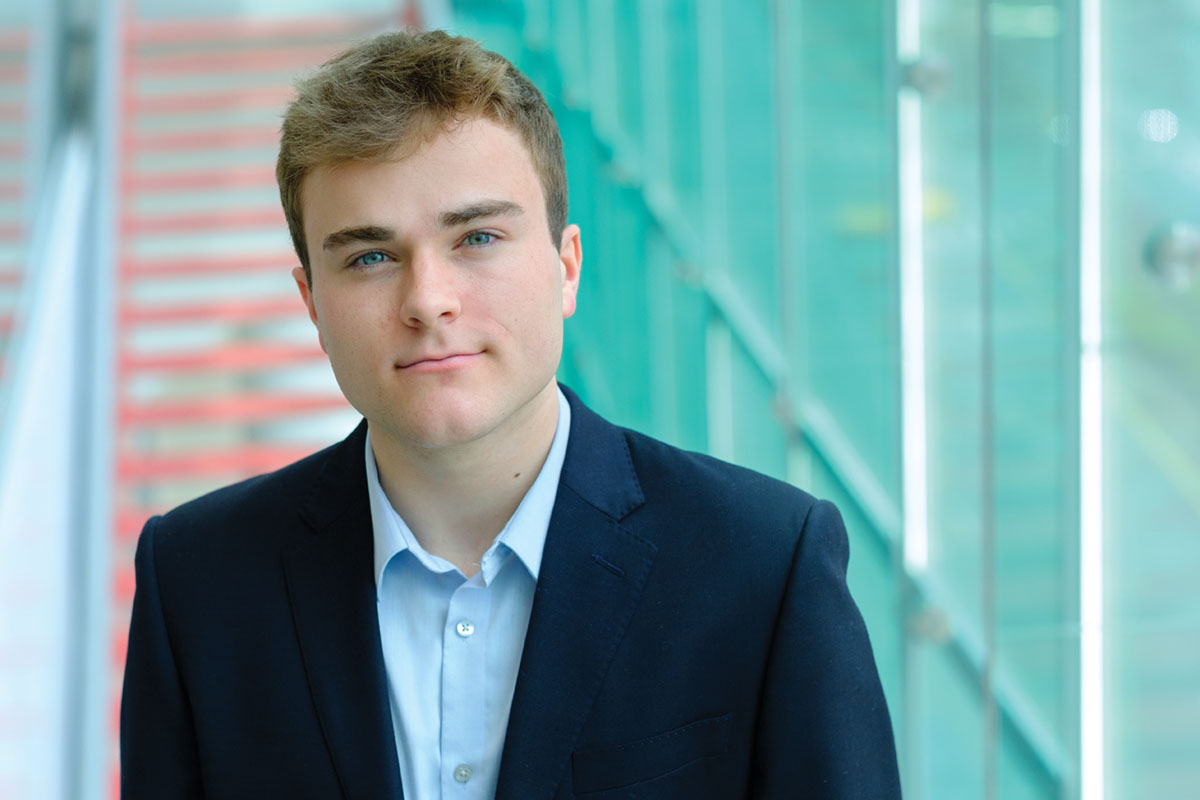 Stan Engebretson conducts a program of a cappella singing and mystical New Age music, from Rachmaninoff’s Vespers to several energetic works by Norwegian composer Ola Gjeilo, including the composition that gives the program its title. Gjeilo will join as a guest pianist for the concert also featuring a world premiere by the Philharmonic’s young composer-in-residence Alistair Coleman (pictured). I Wandered Lonely as a Cloud features the National Philharmonic Chorale. The Montgomery County Chorus and the Strathmore Children’s Chorus will add further vocal power. Saturday, April 28, at 8 p.m. Music Center at Strathmore, 5301 Tuckerman Lane, North Bethesda. Tickets are $30 to $76. Call 301-581-5100 or visit strathmore.org. 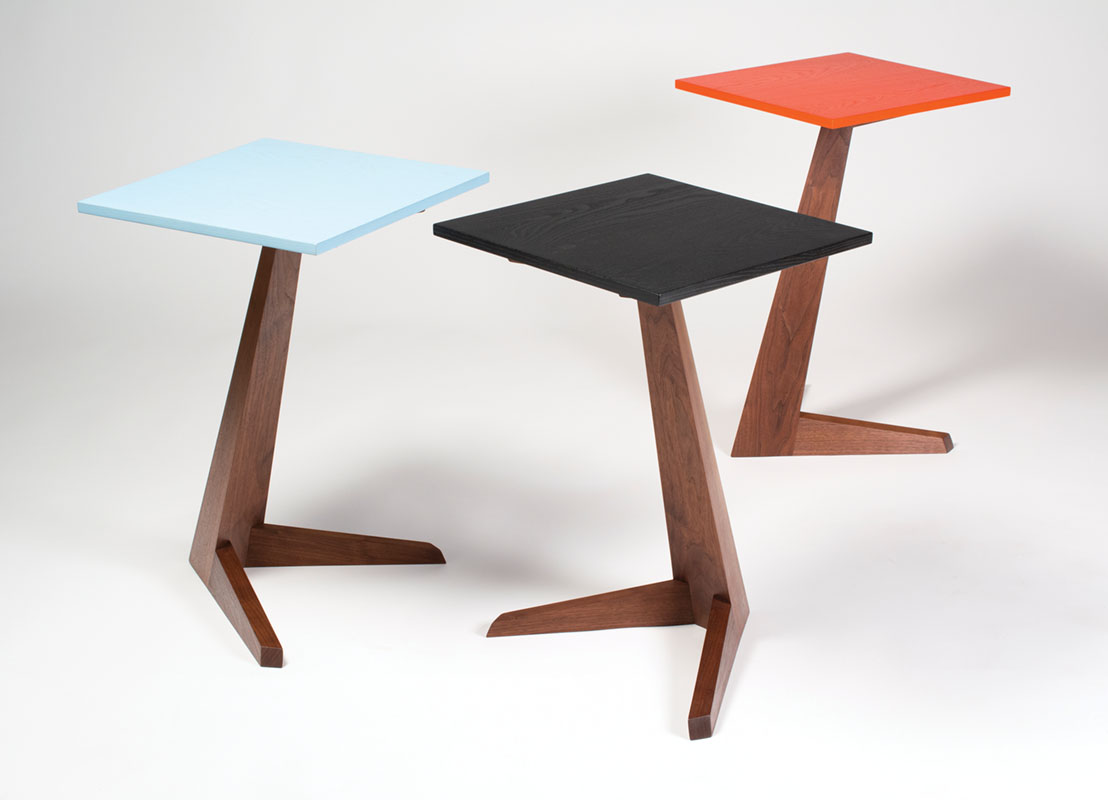 Touted as the most prestigious juried show and sale of American contemporary fine craft, this annual event, now in its 36th year, features 120 of the field’s leading artists from 33 states, nearly a third of whom are new to the show this year — selected by a three-judge panel from over 1,000 applicants. All facets of contemporary design and jewelry are represented, including wearable art, basketry, furniture, glass, leather, and mixed media. This year’s show highlights the Asian cultural influence on American crafts, and includes a first-of-its-kind temporary organic pine sculpture created by Foon Sham and incorporated into the fountain in the National Building Museum Atrium, plus Taiwanese craft demonstrations and a special exhibition of craft art supported by Taiwan’s Ministry of Culture with the Taipei Economic and Cultural Representative Office. Proceeds from sales go toward funding research at the Smithsonian’s 28 institutions, from its museums on the mall to the National Zoo. Thursday, April 26, from 10:30 a.m. to 8 p.m., ending with a Friends Night Out shopping and cocktail reception. Also Friday, April 27, through Saturday, April 28, from 10:30 a.m. to 5:30 p.m., and Sunday, April 30, from 11 a.m. to 5 p.m. National Building Museum, 401 F St. NW. Daily admission is $20, or $17 purchased online in advance; a two-day pass is $30; Friends Night Out is $25 with signature cocktail. Call 202-272-2448 or visit smithsoniancraftshow.org. 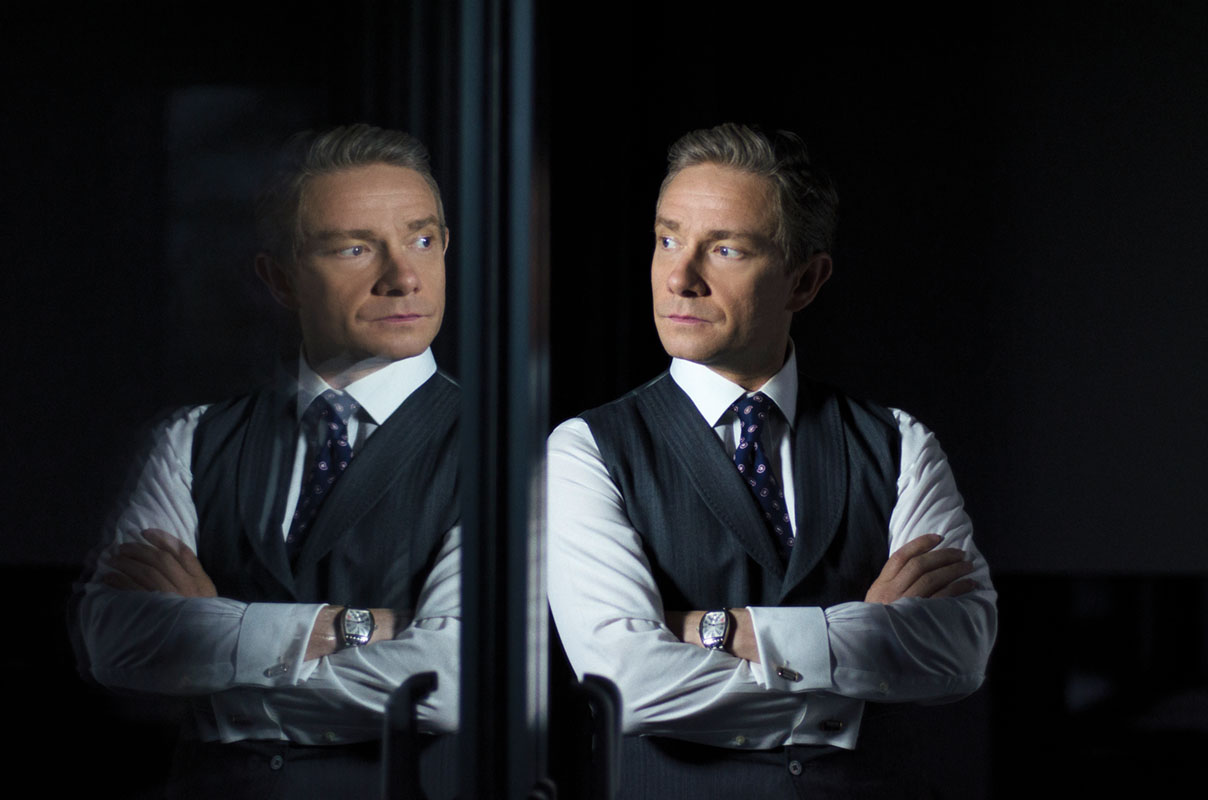 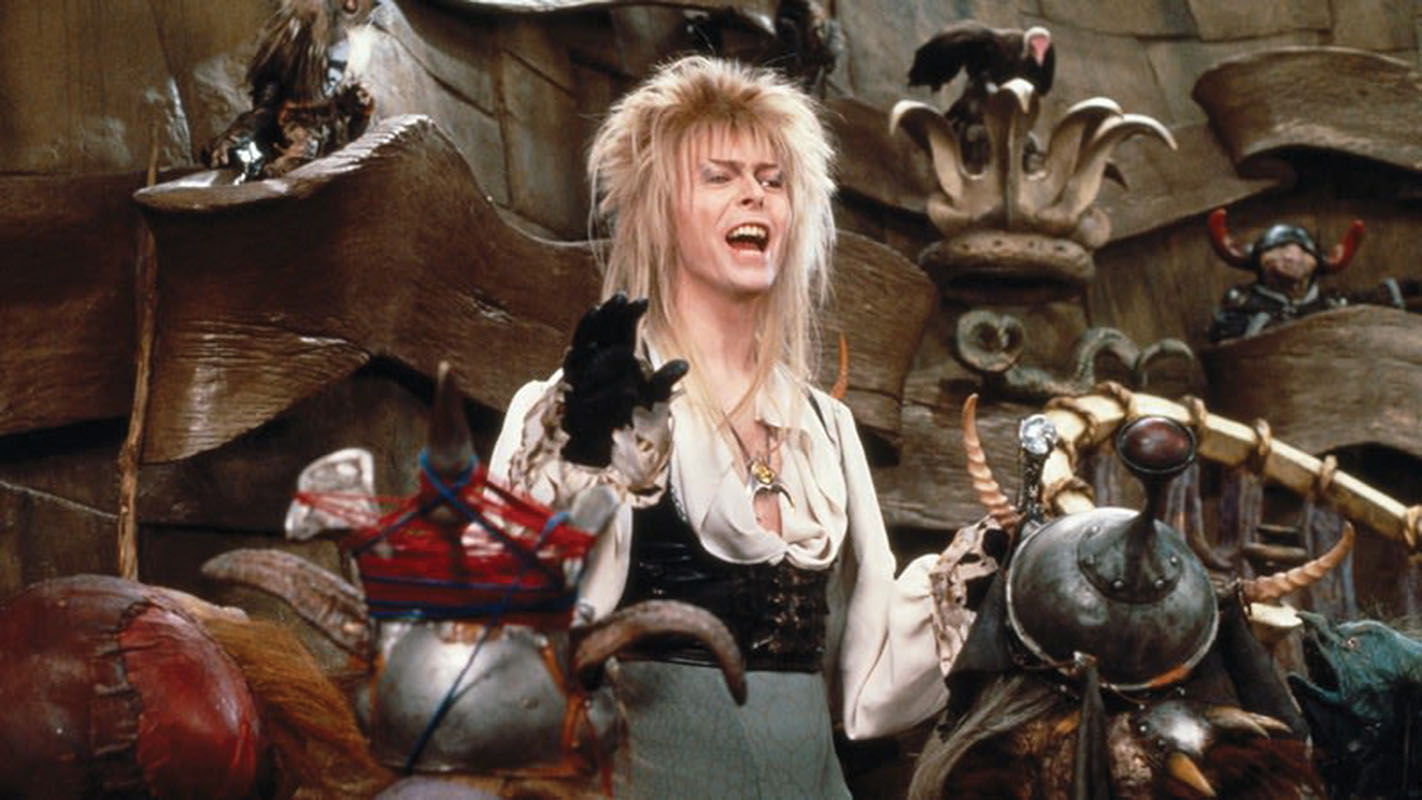 Jim Henson’s visionary 1986 fairy tale would become the last feature film The Muppets creator would direct. David Bowie, one of the few humans in the film, plays a Goblin King who kidnaps the Jennifer Connelly’s little brother, and forces her to traverse an otherworldly maze in order to save the boy from being transformed into a goblin. The Fathom Events screenings include introductions by Henson’s son, Brian, and Connelly, plus an excerpt from and discussion about Henson’s fantasy TV series, The Storyteller. Sunday, April 29, at 2 and 7 p.m., and Tuesday, May 1, and Wednesday, May 2, at 7 p.m. Area theaters including Regal Gallery Place (701 7th St. NW), Potomac Yards Stadium (3575 Jefferson Davis Highway), and Majestic Stadium (900 Ellsworth Dr., Silver Spring). Visit fathomevents.com.

IN THE TIME OF THE BUTTERFLIES

Caridad Svich’s play, based on the novel by Julia Alvarez, focuses on the courageous Mirabal sisters of the Dominican Republic. They were elegant, wealthy, and inspired resistance cells against a dictatorial regime until their murder. The cast is led by Cuban actors Broselianda Hernández as older Dedé, Catherine Núñez as young Dedé, and Alina Robert as Minerva. José Zayas directs. In Spanish with English surtitles. To May 13. GALA Theatre at Tivoli Square, 3333 14th St. NW. Call 202-234-7174 or visit galatheatre.org.

Stephen Gregory Smith and Matt Conner debut their fourth musical developed as part of the Bold New Works for Intimate Stages series for Virginia theater company Creative Cauldron. With a book and lyrics by Smith set to music by Conner, the insightful, provocative Witch channels the current #MeToo zeitgeist while also examining the roots of misogyny and inequality across centuries and cultures. Well-regarded local actors Florence Lacey and Iyona Blake lead an all-female cast also featuring Susan Derry and Catherine Purcell, plus student actors. To May 6. ArtSpace Falls Church, 410 South Maple Ave. in Falls Church. Tickets are $20 to $30. Call 703-436-9948 or visit creativecauldron.org.

Responsible for the ’80s-minted spunky dance-soul hits “Looking for a New Love,” “Don’t You Want Me,” “Still A Thrill,” and “Friends,” the Grammy-winning Watley got her start as a lead dancer on Soul Train and as a member of the R&B group Shalamar. Over the past couple of decades, the artist has shown herself to be an outspoken gay rights and marriage equality activist. One of Billboard‘s best-charting dance artists returns for another performance with support from members of her original group aka Shalamar Reloaded, touring in support of new singles “The Mood” and “O.R.I.G.in.A.L.” Thursday, May 3, at 8 p.m. Bethesda Blues & Jazz Supper Club, 7719 Wisconsin Ave. Tickets are $59.50, plus $10 minimum purchase per person; or $68 including a Meet & Greet. Call 240-330-4500 or visit bethesdabluesjazz.com.