Police say the men yelled anti-gay epithets while beating the men up, and may face hate crime charges

Four men who are suspects in the assault of two gay men in Miami Beach earlier this week have turned themselves into police, reports Patch.com‘s Miami affiliate.

The four men have been charged with aggravated battery for attacking a gay couple who were holding hands. The four men repeatedly punched the two victims, leaving them with cuts and bruises all over their face and body.

A third man, a Good Samaritan, was also injured after he tried to intervene in the fight.

Following the attack, police released surveillance photos of the attack and asked for the public’s help in identifying the men. Their photos were also broadcast on local and national media outlets that picked up the initial story.

A police spokesman confirmed that all four had surrendered through an attorney.

Ernesto Rodriguez, of the Miami Beach Police Department, said that police are still investigating the incident and may yet bring hate crime charges against the men. The Miami-Dade State Attorney’s Office will make the final decision as to whether to pursue such enhancements, which could carry additional penalties on top of those directly related to the assault.

The attack occurred at 7:40 p.m. on Sunday, outside the public restrooms near the intersection of 6th Street and Ocean Drive. The city of Miami Beach had held a Gay Pride Parade and festival earlier in the day, which drew thousands of LGBTQ attendees.

Surveillance photos showed one of the men wearing a Florida International University T-shirt. In response, FIU officials issued a statement condemning the attack and saying that the school stands for “tolerance, diversity and inclusion.”

“The alleged actions of these individuals do not represent FIU values,” the statement said.

Bar manager says incident is one of several involving a group of youths who harass patrons and residents of the neighborhood. 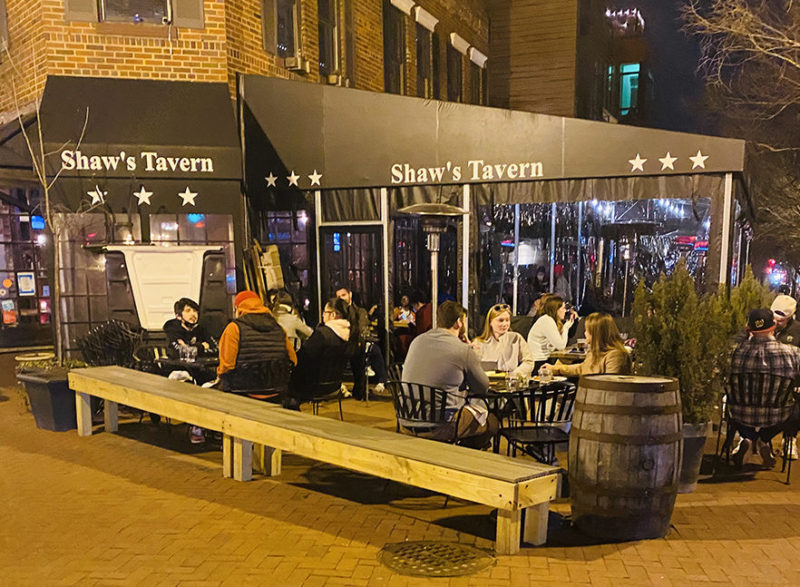 D.C. police have arrested a 13-year-old boy for threatening to stab a man with a machete while hurling homophobic slurs at him.

Police say the victim was headed to Shaw's Tavern, a restaurant in the 500 block of Florida Avenue NW, around 3 p.m. on Sunday when the youth first flung homophobic slurs his way. While the victim was dining on the outside patio, the youth left and returned with a machete.

The youth then began stabbing cicadas on the ground and flicking them at the victim. At one point, he waved the machete at the patron, threatening to stab him and saying: "I'll silence you."