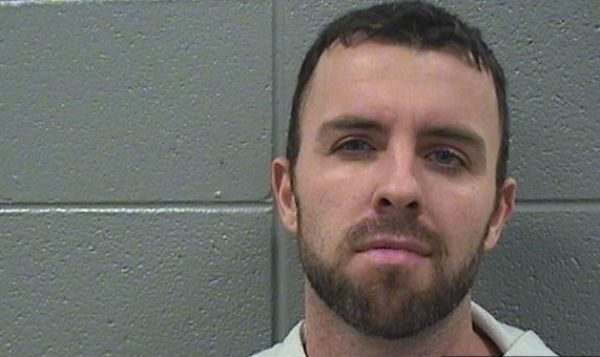 Chicago police have arrested a man who was accidentally released from custody even though he threatened to carry out an attack against Chicago gay bars, reports The Chicago Tribune.

Shane Sleeper, 31, was apprehended without incident on Thursday at around 12:30 p.m. local time, according to the Cook County Sheriff’s Office. He had originally been arrested in February for six separate cases of harassment, after threatening to carry out attacks against various gay bars in Chicago’s Lake View and Boystown neighborhoods.

He also allegedly said that “Orlando will come to Chicago,” a reference to the Pulse nightclub massacre. When police confronted him about the alleged threats, he fled. But police eventually arrested him and charged him with misdemeanor charges of harassment, assault, and resisting a police officer.

Sleeper later appeared in court, where the state’s attorney’s office dropped the misdemeanor charges against him, and indicted him on felony charges of falsely making a terrorist threat, a hate crime, harassment through electronic communications, criminal trespassing, stalking, assault, false personation of a police officer and telephone harassment, according to state’s attorney’s office spokesman Robert Foley.

At the hearing, Sleeper was ordered to be held without bail. However, there was a miscommunication between the sheriff’s office, the state attorney’s office, and the Office of the Clerk of the Court.

Sophia Ansari, a spokeswoman for the sheriff’s office, said that the office had only received notification about the dismissal of the misdemeanor charges and not about the felony indictment. She also told NBC Chicago that the Clerk of the Court’s records did not reflect the new charges. Absent any additional information, the sheriff’s office released Sleeper.

But the State’s Attorney’s office maintains that the sheriff’s office is responsible for the custody of defendants, releasing a statement that it “does not play any role in the transfer of paperwork between the clerk and sheriff. Any questions about what happened with the paperwork should be directed to those two agencies.”

The Office of the Clerk of the Court agrees with that assessment, releasing a statement to ABC 7 News stating: “It is the Clerk’s Office’s understanding that the Sheriff’s Office’s normal processes and procedures are to do thorough reviews of judge’s orders on ALL OF A DEFENDANT’S CASES prior to a defendant’s release. It appears that the Sheriff did not follow its normal procedures for all of Shane Sleeper’s cases.”

Whatever the reason for the miscommunication, law enforcement officials realized their mistake, and sent out an alert seeking to enlist the public’s help in locating and re-apprehending Sleeper.

Sleeper first came to authorities’ attention after he was temporarily taken into custody on Feb. 3 for “making a shooting gesture” at a manager of Sidetrack, a popular gay bar. He was charged with assault and released on his own recognizance.

But when police looked into Sleeper’s background, they discovered that he had sent multiple emails, phone texts, or Facebook messages threatening to carry out violence at Sidetrack and at Roscoe’s Tavern, another gay bar. Police also allege that Sleeper harassed other individuals between 2016 and February 2018, prompting them to bring the initial misdemeanor charges against him on Feb. 20, reports the Chicago Sun-Times.

See also: Police searching for 3 suspects in anti-gay beating at 10th and U Streets NW

John Riley is the local news reporter for Metro Weekly. He can be reached at jriley@metroweekly.com
← Previous Story West Virginia church voted out of Baptist association for LGBTQ acceptance
Next Story → Transgender mayor in Texas voted out of office