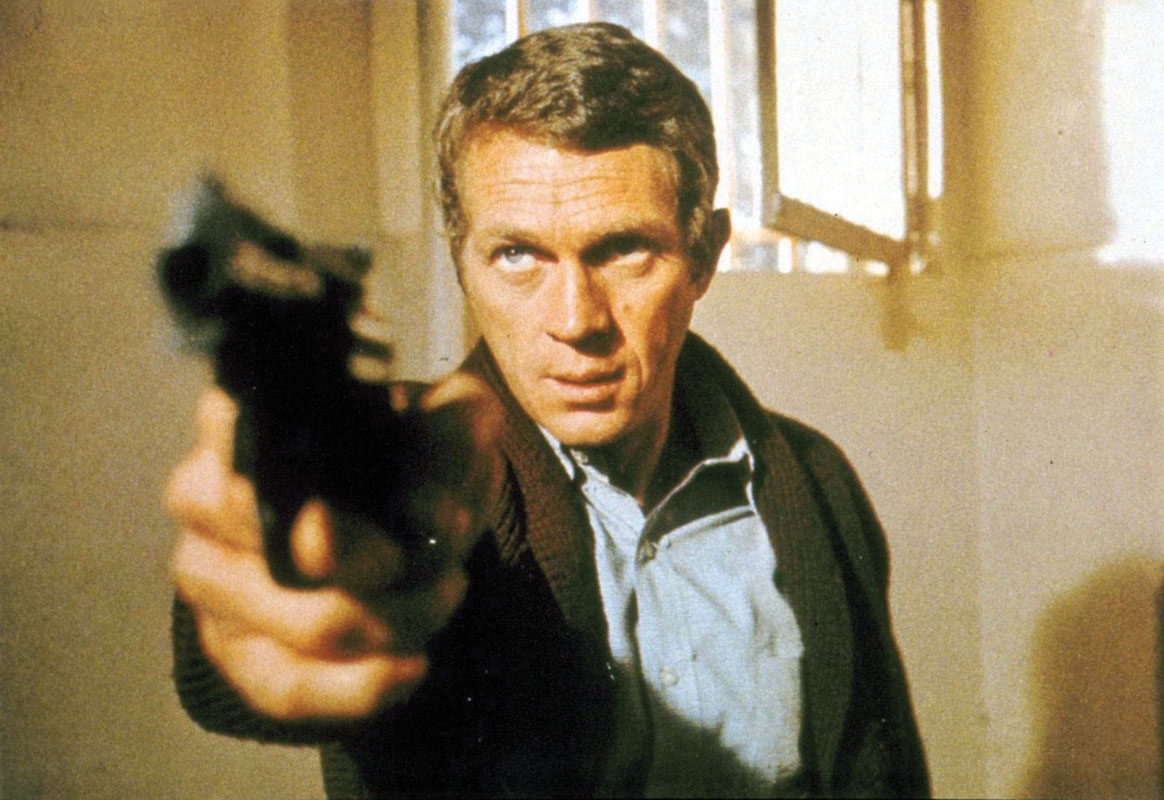 Steve McQueen stars as a San Francisco police lieutenant going after the mob in this 1968 thriller from Peter Yates featuring one of the most famous, thrilling car chases ever committed to film. Robert Vaughn and Jacqueline Bisset co-star. Watch for Robert Duvall in a bit part as a cab driver. Bullitt was added to the Library of Congress’s National Film Registry in 2007. Part of Landmark’s West End Cinema Capital Classics series. Wednesday, May 16, at 1:30, 4:30, and 7:30 p.m., 2301 M St. NW. Happy hour from 4 to 6:30 p.m. Tickets are $10 to $12.50. Call 202-534-1907 or visit landmarktheatres.com. 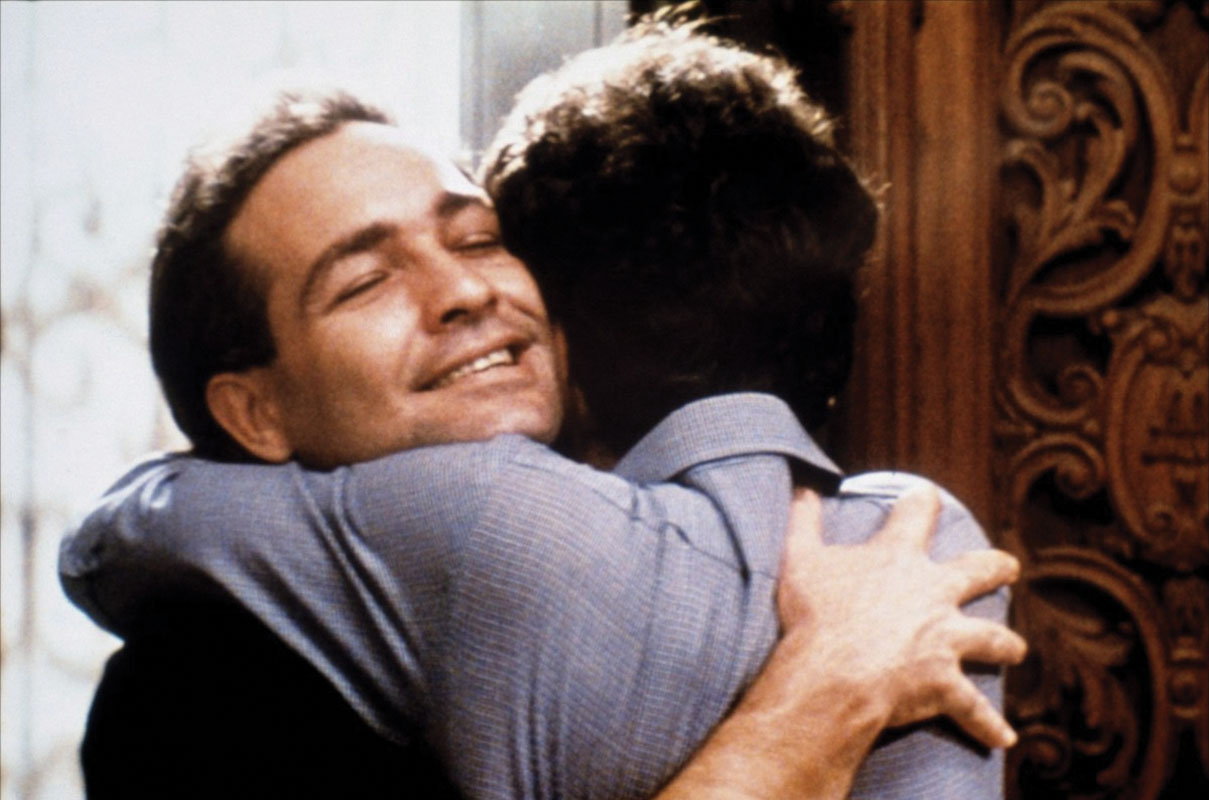 A flamboyant gay artist and a straight and straight-laced communist become unlikely friends in this Oscar-nominated Cuban drama from 1994 also known by its Spanish title Fresa y Chocolate. The film screens as part of the Kennedy Center’s Artes de Cuba festival, by virtue of being selected as one of six chosen to highlight the history of the Havana Film Festival, the celebrated showcase of Latin American cinema celebrating its 40th anniversary this year. Sunday, May 13, at 1 p.m. Family Theater. Tickets are $10. Call 202-467-4600 or visit kennedy-center.org. 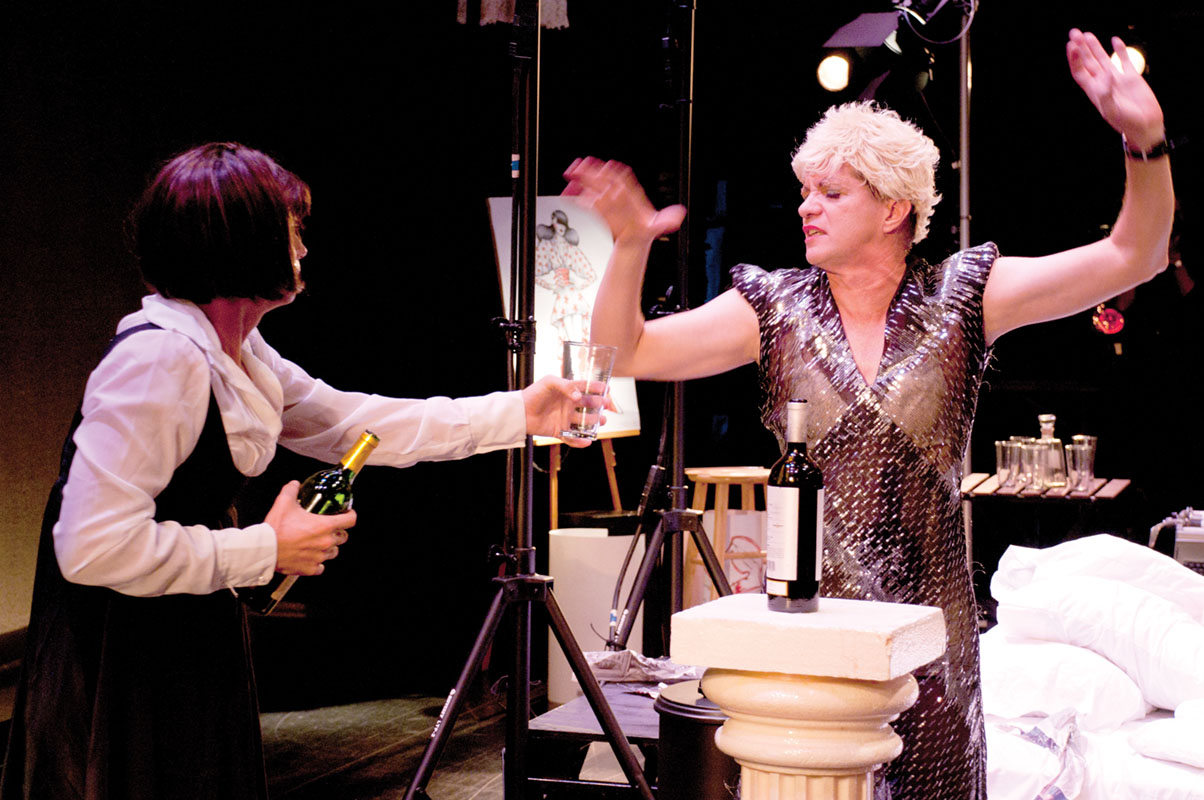 Havana’s Teatro El Público presents founding director Carlos Díaz’s take on Rainer Werner Fassbinder. The story follows Petra Von Kant, an arrogant fashion designer in the mold of Amanda Priestley, who falls in love with an icy young beauty who wants to be a model. The male actors don drag to take on the female roles. Wednesday, May 16, and Thursday, May 17, at 7:30 p.m. Family Theater. Tickets are $19 to $39. Call 202-467-4600 or visit kennedy-center.org. 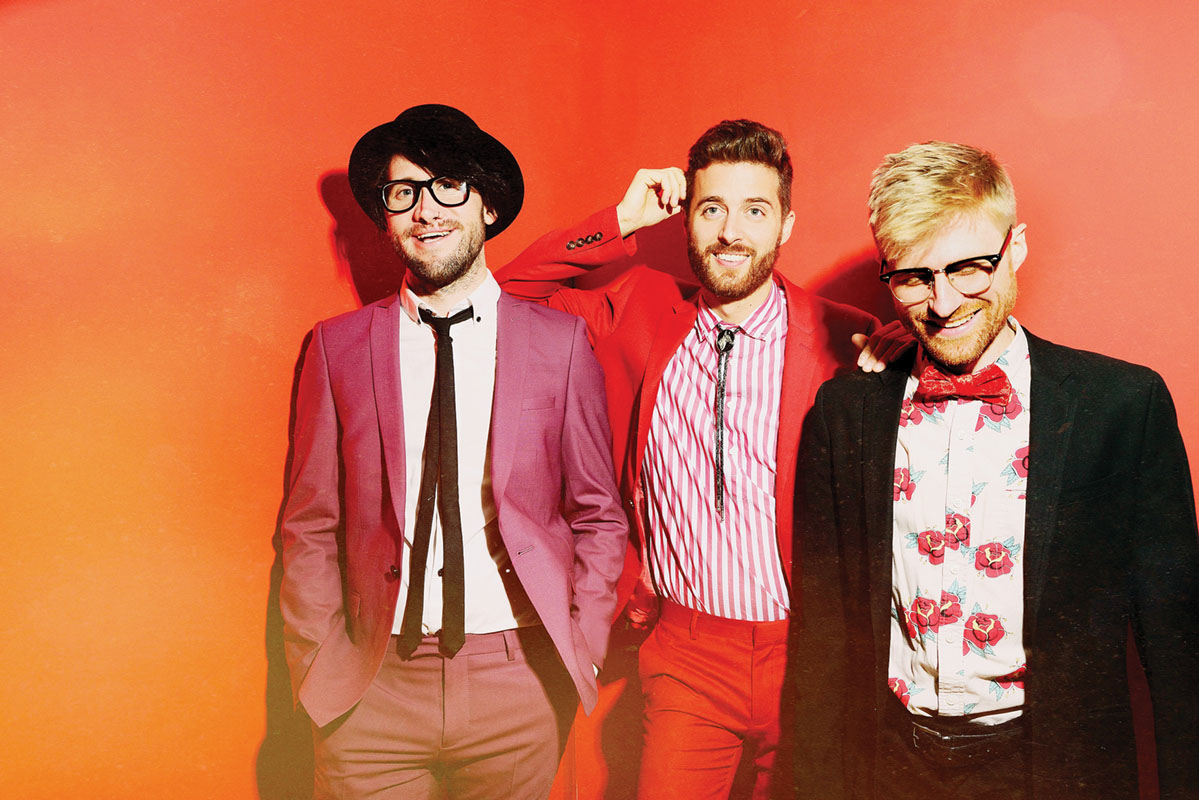 Ben Thornewill, Tommy Siegel, and Jesse Kristin met while attending George Washington University and quickly started making music together. A dozen years later, the clever, pure-pop trio returns in support of its fifth studio album Off To The Races, mixing modern pop, retro vocals, and classic rock indulgence like a modern-day variant of Queen — or like a kindred spirit of Mika. The Greeting Committee opens — and with a name like that, of course it does. Thursday, May 17. Doors at 7 p.m. 9:30 Club, 815 V St. NW. Tickets are $40. Call 202-265-0930 or visit 930.com. 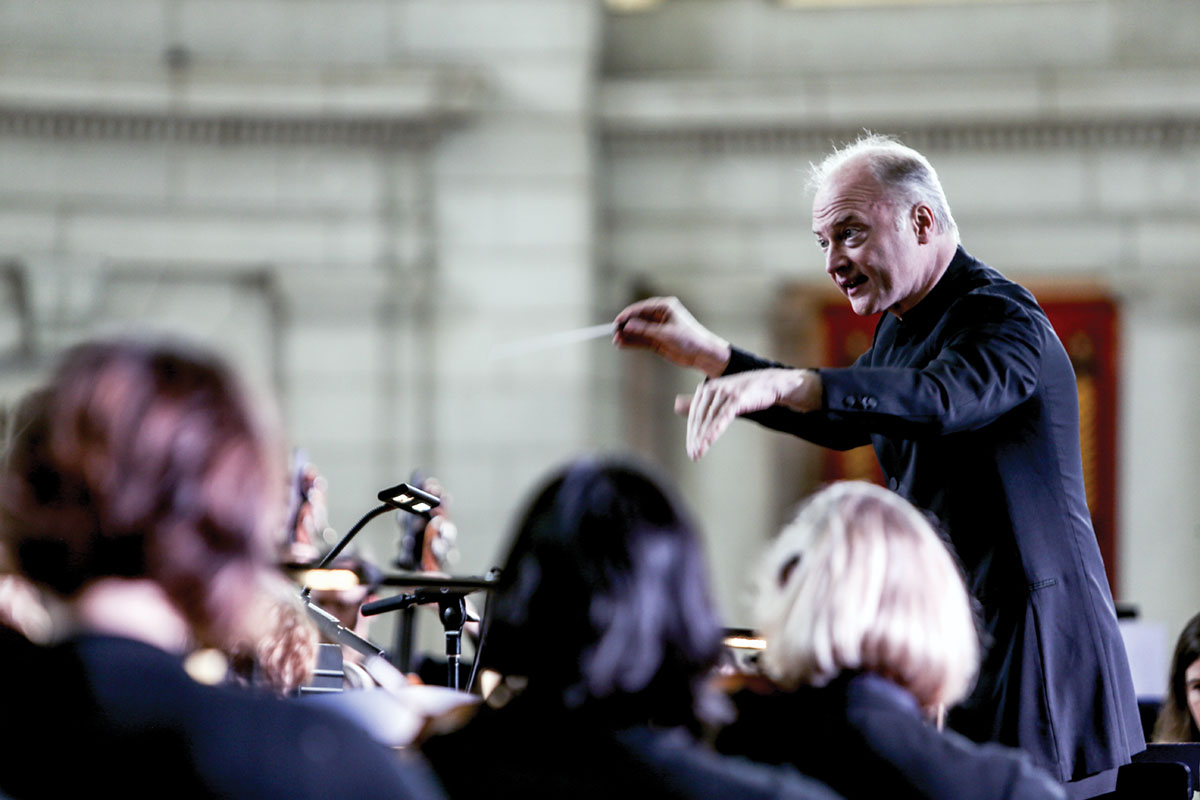 Music Director Gianandrea Noseda takes to the NSO podium for his final appearances this season, leading three concerts featuring music composed or influenced by J. S. Bach — including Berio’s completion of Bach’s unfinished Contrapunctus XIX, Berg’s Violin Concerto featuring violinist James Ehnes, and Brahms’s Symphony No. 4. Thursday, May 17, at 7 p.m., Friday, May 18, at 9 p.m., and Saturday, May 19, at 8 p.m. Kennedy Center Concert Hall. Tickets are $15 to $89. Call 202-467-4600 or visit kennedy-center.org. 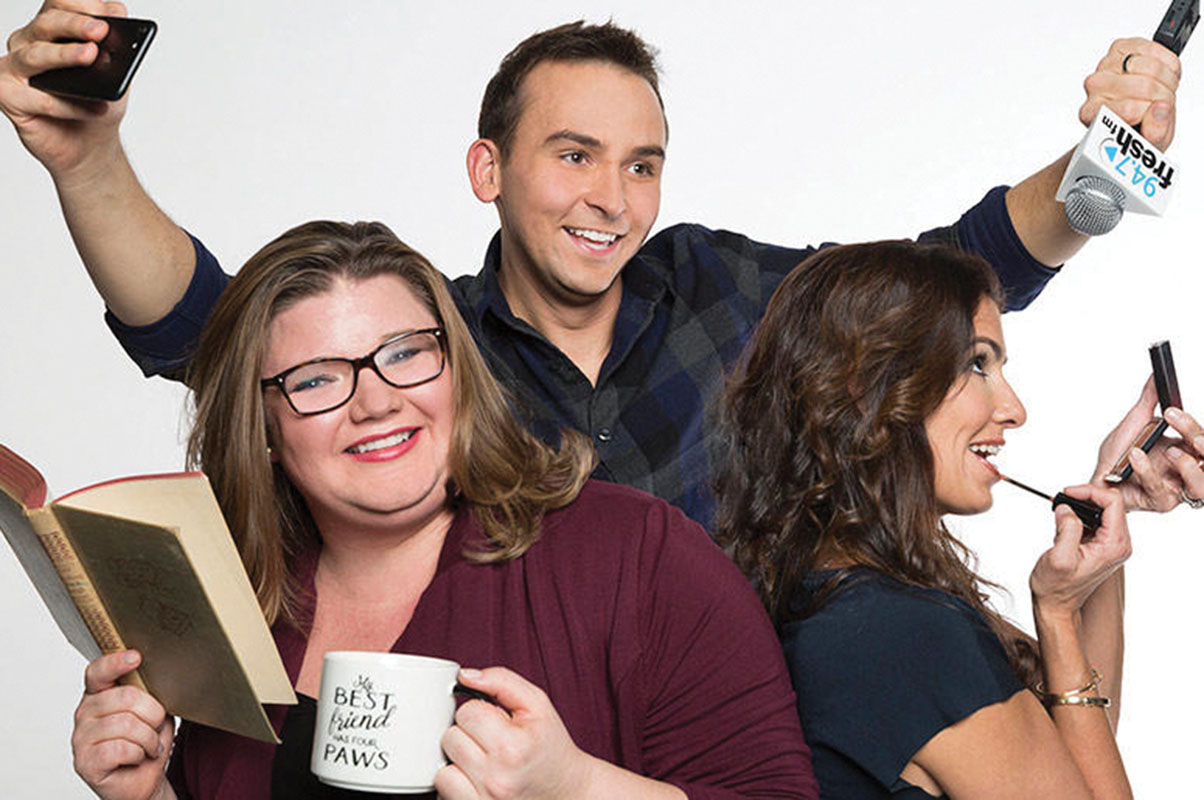 Morning talk show hosts Tommy McFly, Kelly Collis, and Jen Richer from 94.7 Fresh FM’s The Tommy Show serve as emcees for Vida’s fourth annual fundraiser for Athlete Ally. Former Team USA gymnast Josh Dixon will be on hand at the benefit representing the nonprofit, which works to fight homophobia and transphobia and support LGBTQ equality in sports nationwide. Cocktail attire is required. Music by DJ Chad Raymond. Friday, May 11, from 6 to 9 p.m. Vida’s Penthouse Pool Club at the Yards, 1212 4th St. SE. Tickets are $30 in advance or $40 at the door, or $1,000 for 10 tickets and access to a cabana suite with complimentary bottle service all evening. Visit athleteally.org/vida-fundraiser. 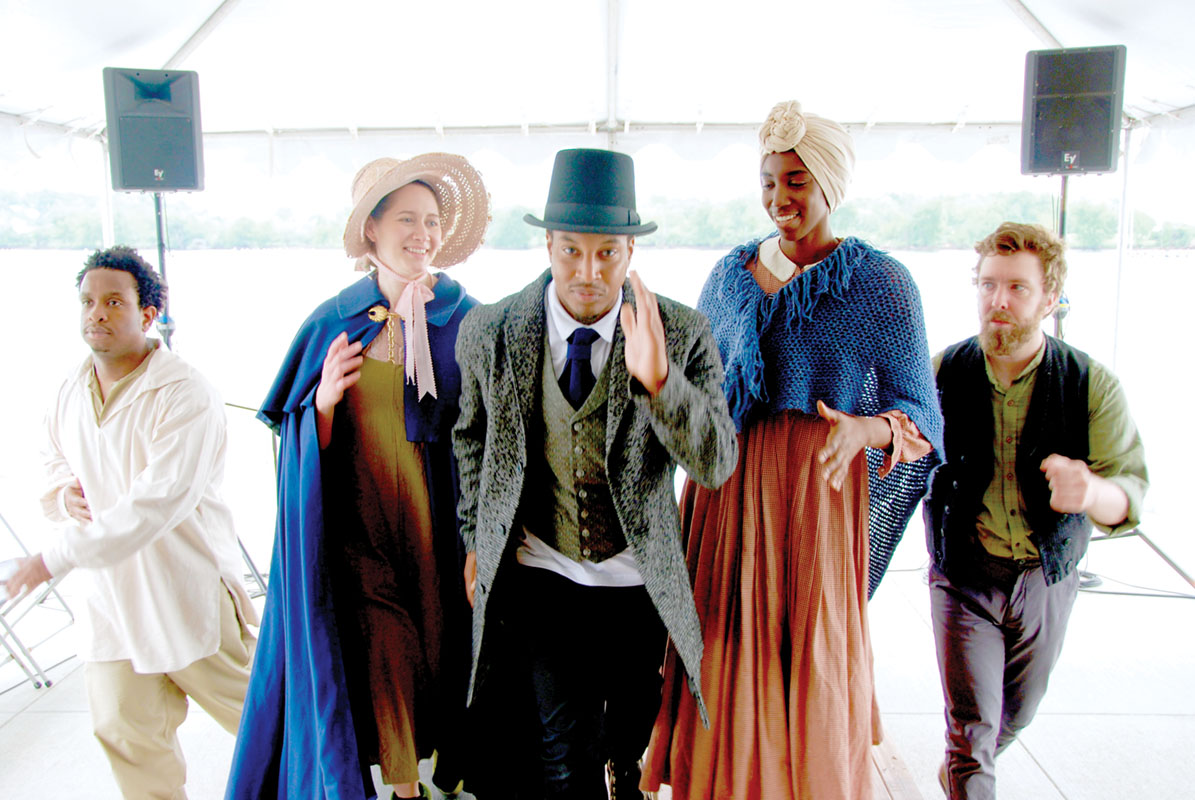 Solas Nua, billed as the nation’s only organization exclusively dedicated to contemporary Irish arts, commissioned this site-specific production to commemorate Douglass’s 1845 voyage to Ireland as well as the bicentennial of his birth. To be staged on a wharf in Southeast, just a stone’s throw from his historic home at Cedar Hill, the project includes live music and dancing in a blend of African-American and Irish culture. It consists of two short plays offering a dual perspective on the trip to Ireland: An Eloquent Fugitive Slave Flees to Ireland by budding local theater artist Psalmayene 24, and Wild Notes by Irish playwright Deirdre Kinahan. To May 24. The Yards Marina, 1492 4th St. SE. Tickets are $35. Call 202-484-0309 or visit solasnua.org. 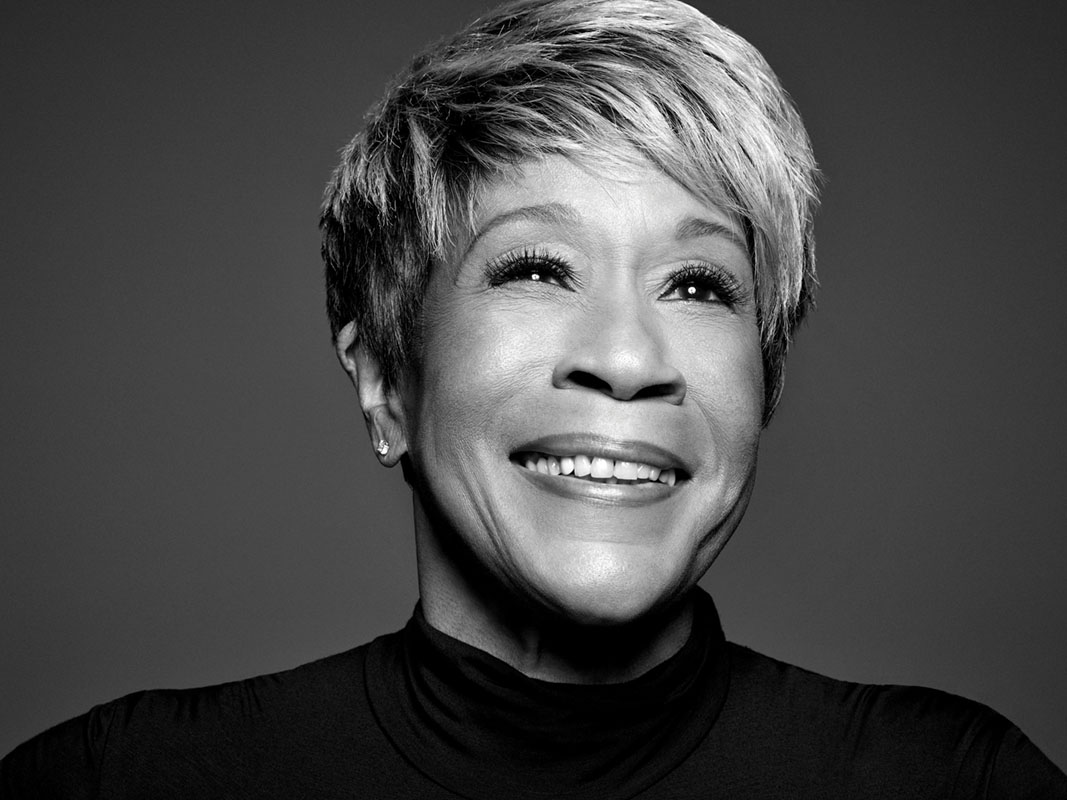 Very little has been straight, traditional, or predictable in the life of LaVette, who grew up in Motown-era Detroit and became a recording artist at 16. She even had what she calls “dalliances” with other women when she was young — something that has given her “keen insight” into the LGBTQ experience, as well as several enduring LGBTQ friendships. “I have a complete understanding and comfortability with people who are not necessarily, quote-unquote, straight,” she told Metro Weekly last fall. The good-humored soul singer is in what she refers to as her “fifth career,” capped by Things Have Changed, her album of Bob Dylan covers released in March by Verve Records. “Now, I don’t have any thoughts of becoming Justin Bieber,” she laughs, “but I certainly would like to see [her memoir] turned into documentary form, and I would like to see what’s going to happen over the hurdle with this new CD. All the ducks are in a row right now for the very first time in my entire career. So if this shit don’t work, I’m going to start taking it personally.” Saturday, May 19. Doors at 6:30 p.m., at The Hamilton, 600 14th St. NW. Tickets are $20 to $50. Call 202-787-1000 or visit thehamiltondc.com. 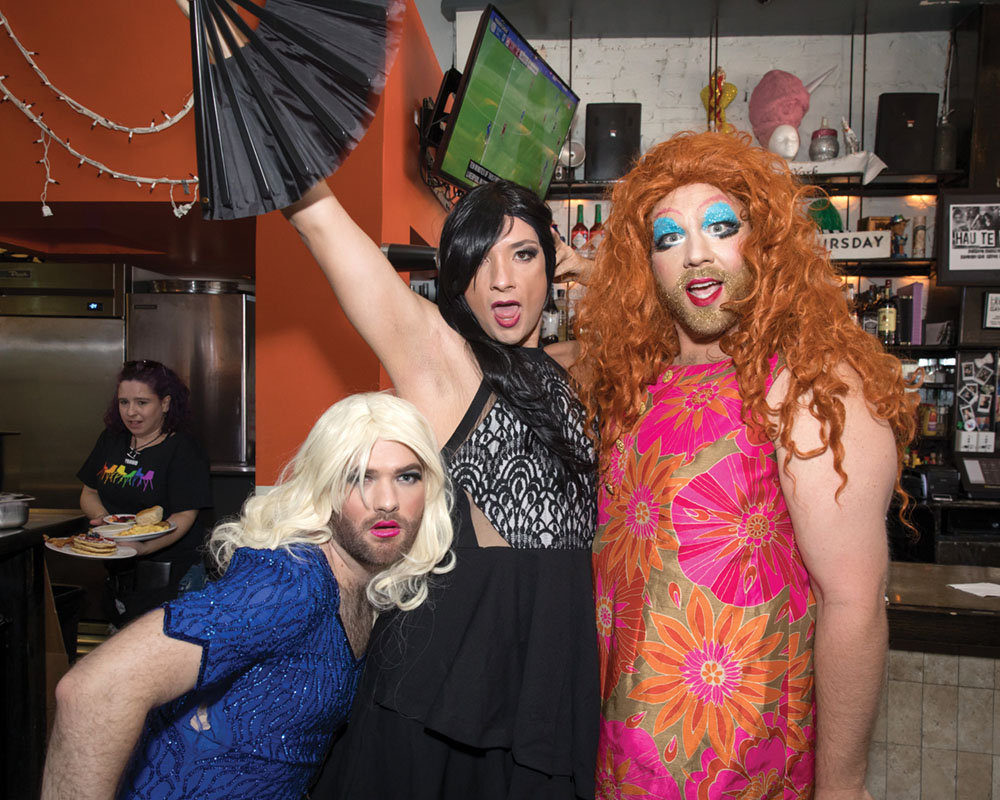 Dubbed “Grig’in’ w/ The Gurls 2,” the Housewives of Improv (Ugh) will host and perform a soiree benefiting Washington Improv Theater, serving face (and body) and lip-syncing for their lives during brunch served by the diner staff and soundtracked by DJ Khelan Bhatia. Just who are these performing drag vixens? Dan Milliken aka Febreze, Adam Koussari-Amin aka Kiana, Denny Johnson as Regyna, and Ryan Krull as Vicki, with “surprise” visits from two husbands, Bryce Slinger as Chad C. and Darnell Eaton as Chad P. Additional guests include Bill Huff aka Anne G. O’Plasty, David Lloyd Olson aka DivaD, Von Gerik Allena aka Mindy Nao, and Melv Thom aka Judy from HR. There will also be drink specials — mimosa pitchers! — all day. At the 18th & U Duplex Diner, 2004 18th St. NW, Saturday, May 12, from 1 to 4 p.m. Tickets, including one select brunch entree of your choice and one champagne cocktail or glass of “Ramona-approved” Pinot Grigio, are $45. Call 202-265-9599 or visit duplexdiner.com.