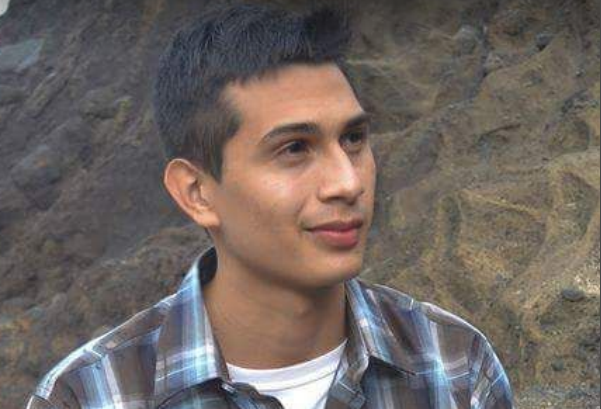 Six of the 7 members of Oregon’s congressional delegation have written a letter to the CEO of Amtrak demanding an in-depth investigation surrounding the near-fatal beating of a gay student who was left bloody and burned in an Amtrak station near Truckee, California.

U.S. Sens. Ron Wyden and Jeff Merkley, and U.S. Reps. Earl Blumenauer, Suzanne Bonamici, and Peter DeFazio — all Democrats — signed the letter, expressing concerns that Aaron Salazar, a Colorado native and Portland State University student, may have been the victim of a hate crime while traveling back to Oregon for school via train on May 15.

Republican Greg Walden did not sign his name to the letter.

Salazar, who is openly gay, is currently in a coma after suffering injuries to his brain stem as well as a broken pelvis. His body was found lying next to the train tracks at the Truckee station, and he had suffered severe burns to his thighs.

In their letter, addressed to Amtrak CEO Richard Andersen, the congressional delegation urges the Amtrak Police Department, working in conjunction with the Truckee Police Department, to speedily and extensively investigate the case.

“We have seen an increase in hate crimes across the country,” the letter reads. “The timing of this incident happens just one year after a white supremacist began harassing two women of color on Portland transit. Of the three people who stepped in to intervene, two were killed and one was seriously injured. There are too many stories like these and too many lives lost or injured due to hate crimes in our communities.

“We expect a full report on the investigation of this crime, to our federal delegation and to Aaron’s family,” the congressmen and senators concluded.

For a while, Salazar was only able to breathe with the help of a respirator. His family, who started a GoFundMe page to help with medical expenses, has since said he has begun to breathe on his own, though he remains in a coma, according to the most recent update.

Salazar had been taking the train back to school in Portland when he texted his grandmother that he had a 10-hour layover in Truckee and said he was going to hangout with a new friend he had made on the train.

Less than an hour later, railroad workers found his body and called paramedics. His injuries were so severe that he was airlifted to Renown Regional Medical & Trauma Center in Reno, Nevada.

Salazar’s family has long suspected foul play, particularly given the fact that his thighs and groin area were burned and the severity of his other injuries. Salazar’s cousin, Austin Sailas, told The Huffington Post that doctors at the trauma center said Salazar’s injuries were consistent with a beating.

Because Salazar was found on Amtrak property, the Amtrak Police Department is in charge of the investigation. But a spokesperson for the department told the Huffington Post that investigators had been in touch with the family and that no evidence has been found to suggest criminal intent.

Sailas says investigators haven’t been forthcoming with information, and has told the family they’re looking into the the possibility that Salazar jumped from the train in an apparent suicide attempt.

But Sailas also says another person from Amtrak told the family on the day of the incident that if Salazar had opened any doors or windows to jump out, it would have triggered alarms or notifications — and there were no such incidents reported on the train that day.

On his Facebook page, Sailas linked to an article where Amtrak said there was no evidence that Salazar had been involved in an altercation, writing: “Not only is their public statement incredibly vague, it also fails to address two very important questions…where is the last person that Aaron mentioned in his text message, and in what way does their statement address his injuries?

“There continue to be too many inconsistencies as the department refuses to investigate Aaron’s ordeal as a hate crime…it does not make sense. We the family will not fall for it!” Sailas writes. “Open your investigation, treat this as a real case, and stop looking for an excuse to hide behind the false narrative that your company continues to push. This family just wants real answers, and a thorough investigation and until we get one, we will continue to keep pressure on Amtrak. #justiceforAaron.”

See also: Murder of gay student in California might be a hate crime, parents say

John Riley is the local news reporter for Metro Weekly. He can be reached at jriley@metroweekly.com
← Previous Story Connecticut will now house transgender inmates according to gender identity
Next Story → Catholic school denies entry to lesbian couple’s children because marriage is “between a man and a woman”