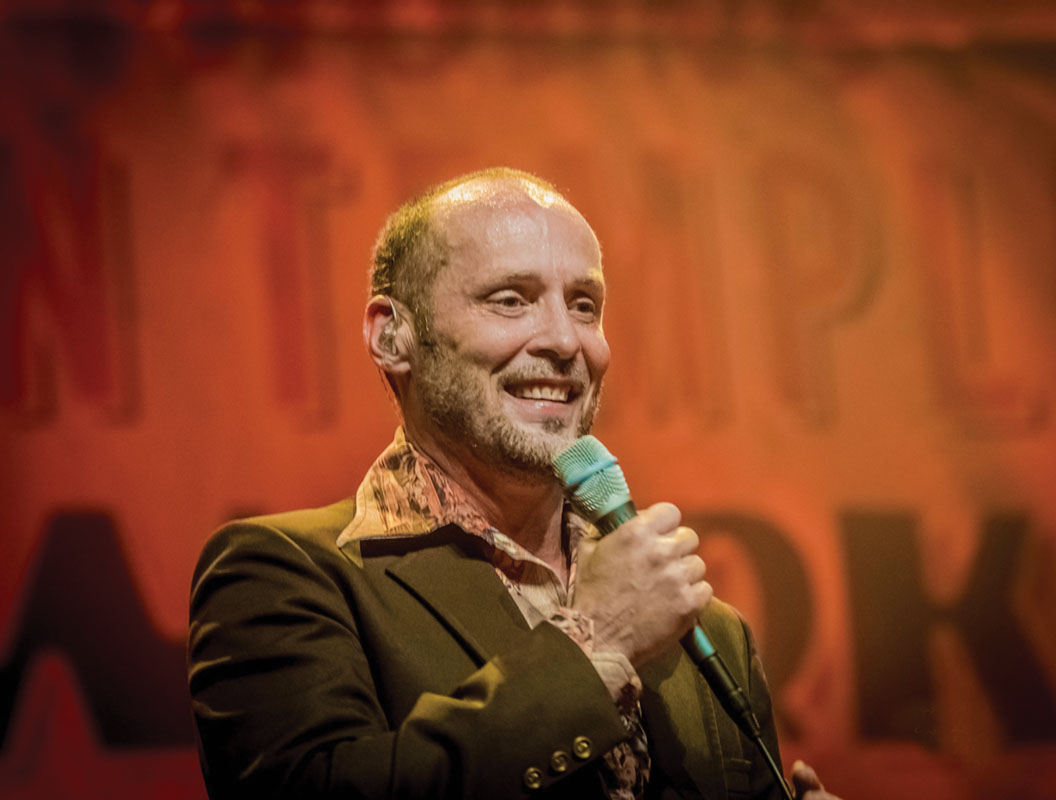 From his churchgoing youth, Paul Thorn had always been drawn to the gospel sound.

“My daddy was a Church of God Pentecostal preacher, and I grew up singing in church,” he says. “When I was a kid, they had in our town where I lived — Tupelo, Mississippi — two types of churches. We had churches where the white folks attended, and we had the church where the black folks attended. But my family, we would go visit the black church. We always loved to go over there and worship with them. The music was better than the music in the white churches.”

It wasn’t until the recently released Don’t Let the Devil Ride, however, that the gravel-voiced roots rocker achieved his dream of producing a bonafide gospel blues album. “I wanted to pay honor and tribute to black gospel,” says the 50-year-old, who brings his Mission Temple Fireworks Revival, with special guests The McCrary Sisters, to the Hamilton Live on Wednesday.

Legends like The McCrary Sisters, the Blind Boys of Alabama, and the Preservation Hall Jazz Horns give the album a rich, full-blooded authenticity. Most of the songs are covers of gospel “chestnuts” from the ’50s and ’60s. But the undeniable highlight is a stirring cover of “Love Train,” the 1972, uptempo soul hit by The O’Jays. Thorn slows the song down, encases it in a 12/8 groove, and brings on the gospel. It becomes nothing short of a musical epiphany.

“You think of ‘Love Train’ as a lightweight ditty, but it ain’t — it’s heavy man,” says Thorn. “I would put that song, lyrically, up against any other song as far as being important…. It’s a song about all-inclusiveness, and everybody can get on the train. We’re humans, we’re just here for a short time, why not love one another instead of hating one another?”

On that note, Thorn feels his home state gets unfairly maligned. “Mississippi gets a bad rap, but there’s good and bad folks everywhere,” he says. “Pick a state, there’s hate and prejudice and intolerance. It’s in all states. There is a lot of ignorance, that in my opinion, people need to be more informed on things. Personally, I don’t go around people that’s against folks because of their color or their sexual preference. The people I run with, we’re all-inclusive. I won’t waste my life being around people who aren’t like that.”

Randy Shulman is Metro Weekly's Publisher and Editor-in-Chief. He can be reached at rshulman@metroweekly.com.
← Previous Story Music Review: Snow Patrol’s “Wildness”
Next Story → Washington Chorus offers a Bernstein program with an LGBTQ twist