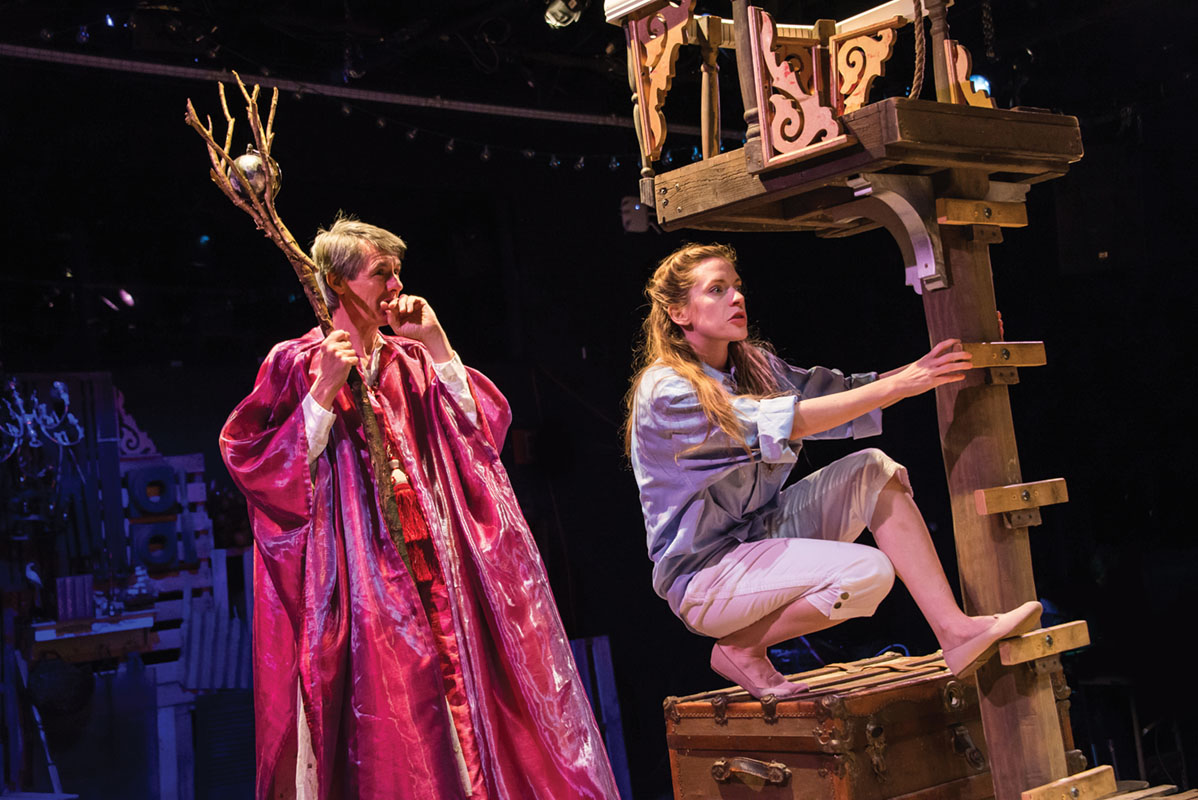 For its production of Shakespeare’s shipwreck classic, Avant Bard is donating half of all ticket sales in its final weekend to RAICES Texas, which provides services to refugees and immigrants at the southern border. In addition to being timely, the “Welcome Tempest-Tossed” campaign is also relevant to a production that frames the story as one of refugees and exiles, torn apart by what the Bard called acts of “mountainish inhumanity.” Tom Prewitt, the company’s current artistic director, directs a cast headed by the man he succeeded in the role, Christopher Henley. To July 1. Theatre Two in Gunston Arts Center, 2700 South Lang St. Arlington. Tickets are $30 to $35. Call 703-418-4808 or visit wscavantbard.org. 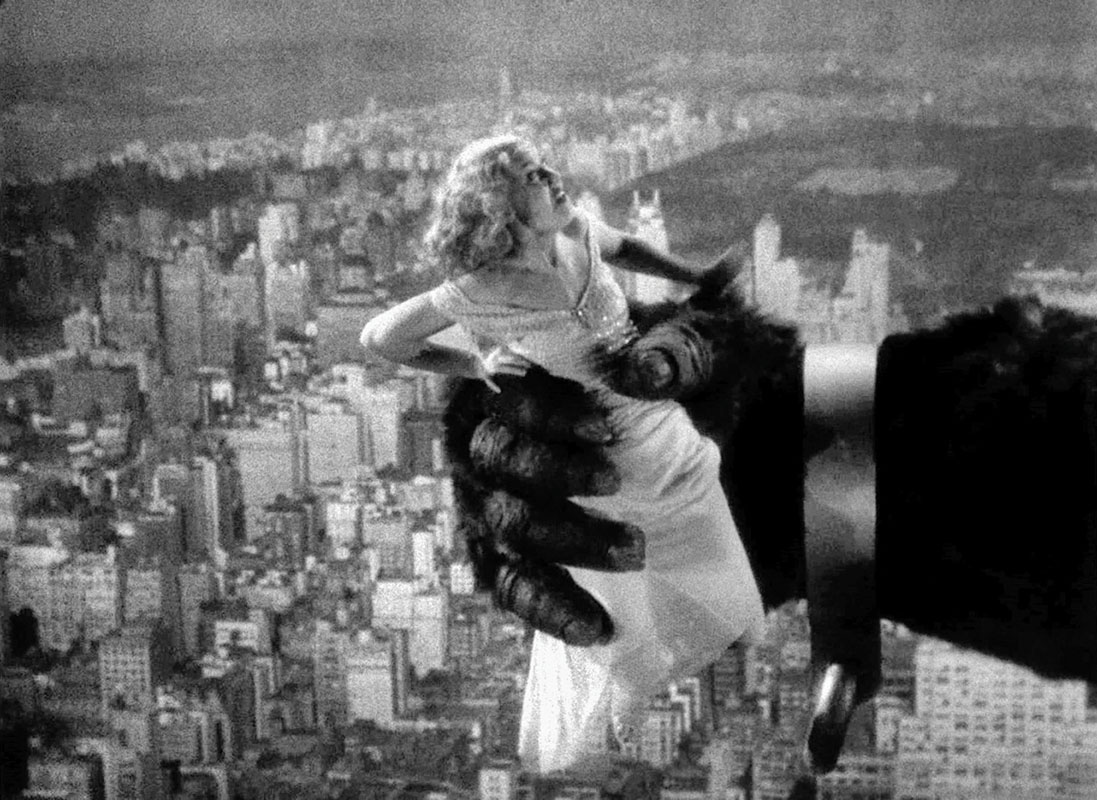 As part of its Capital Classics series, Landmark’s West End Cinema offers special screenings of the original monster horror flick on Independence Day. Fay Wray stars as the apple of the giant gorilla’s eye in the 1933 classic directed by Merian C. Cooper and Ernest B. Schoedsack, with groundbreaking stop-motion animation by Willis O’Brien and a musical score by Max Steiner. Wednesday, July 4, at 1:30, 4:30, and 7:30 p.m., 2301 M St. NW. Happy hour from 4 to 6:30 p.m. Tickets are $10 to $12.50. Call 202-534-1907 or visit landmarktheatres.com.

The quirky Landless Theatre Company continues to twist the traditional, this time with a production of a patriotic musical dramatizing the days leading up to the signing of the Declaration of Independence. Andrew and Melissa Baughman head a cast that also features Matt Baughman, Clay Comer, and Alex Throne. Local elected officials and community leaders will make cameo appearances — including Frederick Mayor Michael O’Connor and Rick Weldon, former Maryland Delegate and current Vice President of the Frederick Chamber of Commerce. Friday, June 29, and Saturday, June 30, at 8 p.m., and Sunday, July 1, at 2 p.m. Weinberg Center for the Arts, 20 W. Patrick St. Frederick, Md. Tickets are $17 to $20. Call 301-600-2828 or visit weinbergcenter.org. 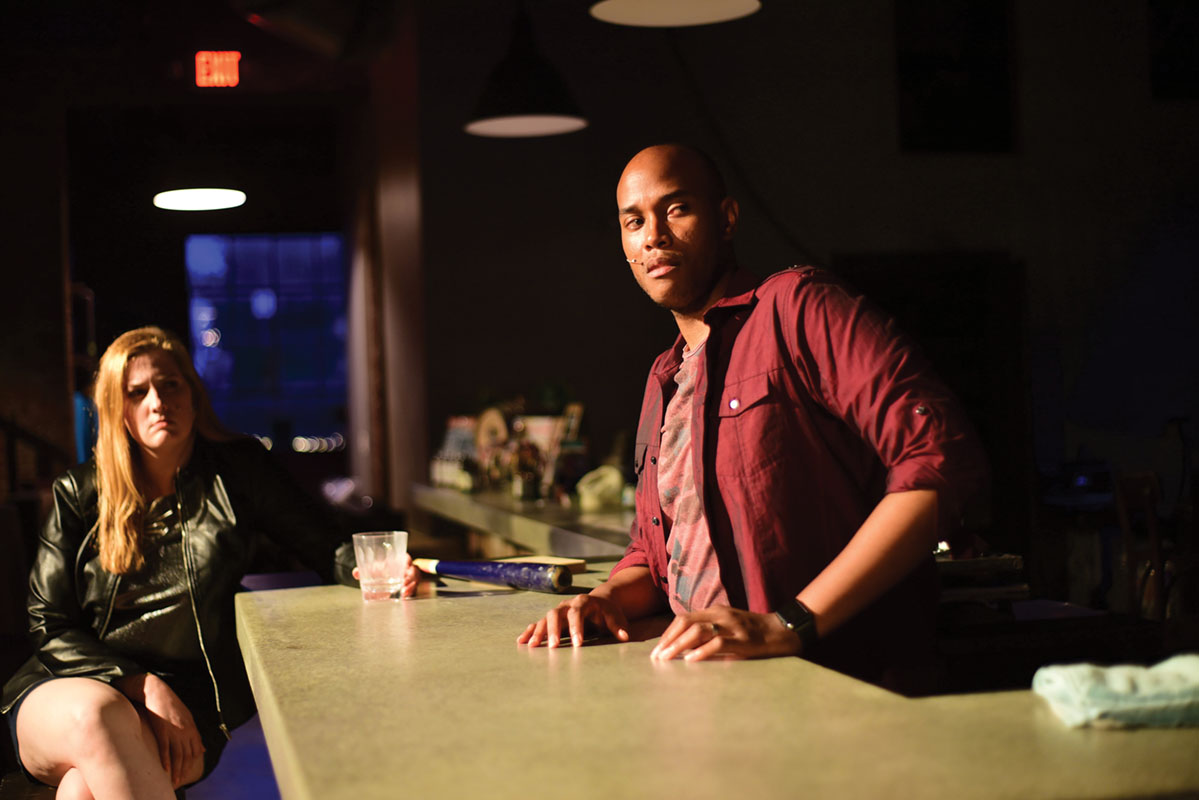 The new Maryland theater company Free Range Humans launches with a production of this Off-Broadway rock musical by Julia Jordan and Juliana Nash, performed inside a working Frederick distillery. This whodunit explores the complications of love and relationships — with a focus on a doomed love triangle — and stars TJ Bolden, Allison Bradbury, Matt Hirsh, and Kylie Smith. Remaining shows are Thursday, June 28, and Friday, June 29, at 8 p.m. McClintock Distilling, 35 S. Carroll St., Frederick, Md. Tickets are $30. A pre-show distillery tour and tasting is available for an additional $5 by signing up at mcclintockdistilling.com. Visit experience-human.com. 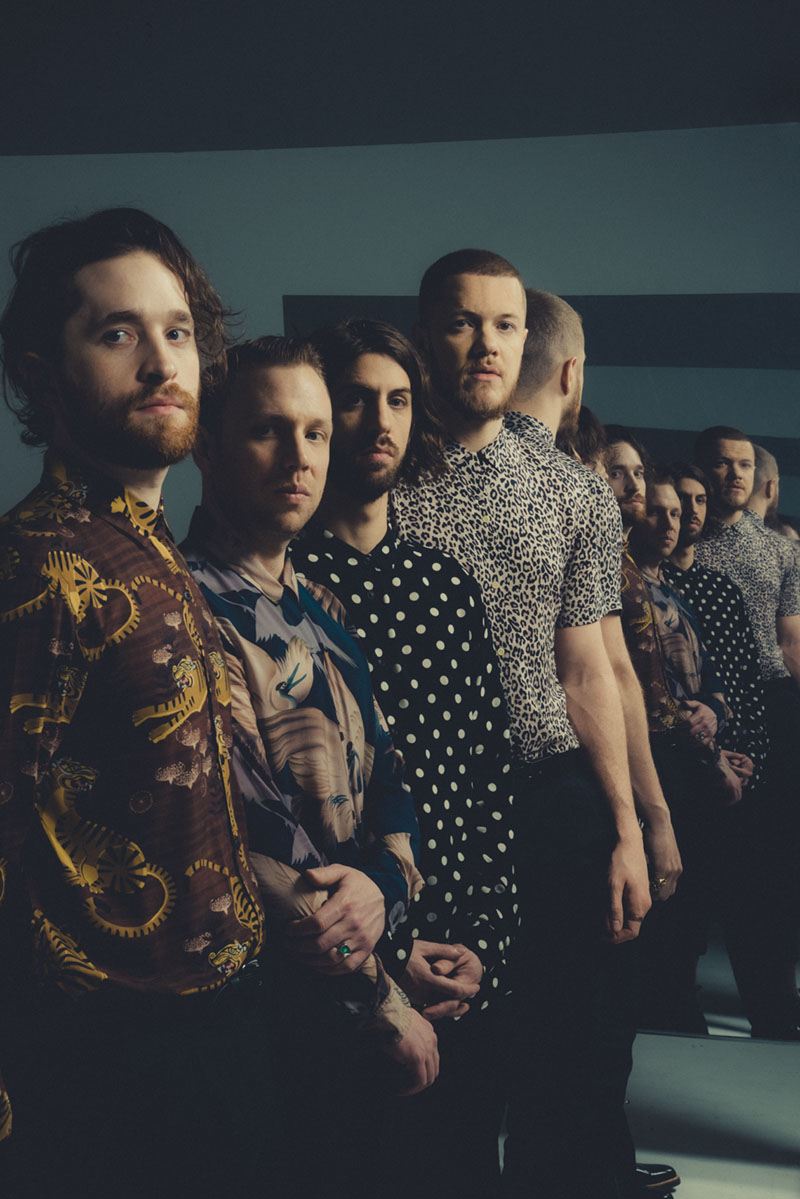 For every thudding, soul-crushing anthem like “Radioactive” and “Thunder,” this Las Vegas band surprises with intriguing, sweet bursts of pop/rock, many with clear influence from hip-hop, such as “I Bet My Life” and “Whatever It Takes.” The group is even more relevant and appealing now that its lead singer Dan Reynolds has become an activist, pushing his fellow Mormons to accept their fellow LGBTQ family members, chiefly through his new documentary Believer, which documents the torment many gay Mormons have been put through. Imagine Dragons returns to the area for another stop on its Evolve Tour, this time with special guest Grace VanderWaal. Monday, July 2, at 7 p.m. Jiffy Lube Live, 7800 Cellar Door Drive, Bristow, Va. Call 703-754-6400 or visit livenation.com. 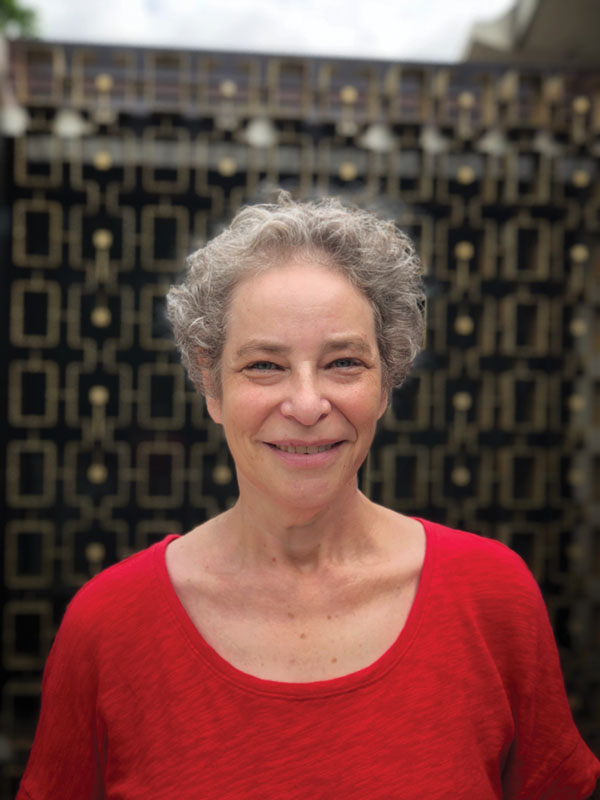 National Geographic Traveler placed Washington at No. 8 in its Top 10 list of the world’s most literary cities. Kim Roberts, a D.C.-based freelance historian and writer, aims to help the everyday resident uncover some of the literati in our midst through this walking tour and anthology, subtitled Walking in the Footsteps of American Writers from Francis Scott Key to Zora Neale Hurston. Saturday, June 30, at 3:30 p.m. Politics and Prose, 5015 Connecticut Ave. NW. Call 202-364-1919 or visit politics-prose.com. 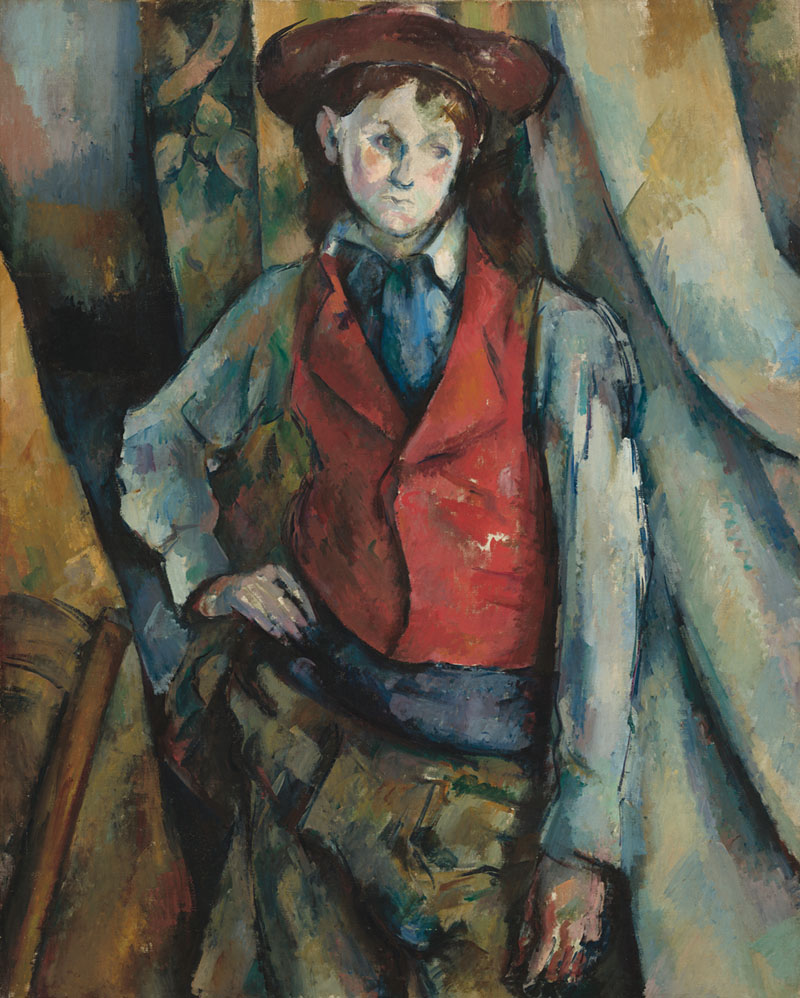 The first exhibition devoted to the often-neglected portraits from the famed post-impressionist. Some 60 works, on loan from collections around the world, are on display, showing Cézanne’s unique vision in the genre and exploring the unconventional aspects of his portraiture and the role his portraits play in the development of his radical style and method. The National Gallery is the sole American venue for the traveling exhibition. Through July 1. West Building, 6th Street and Constitution Avenue NW. Free. Call or visit nga.gov. 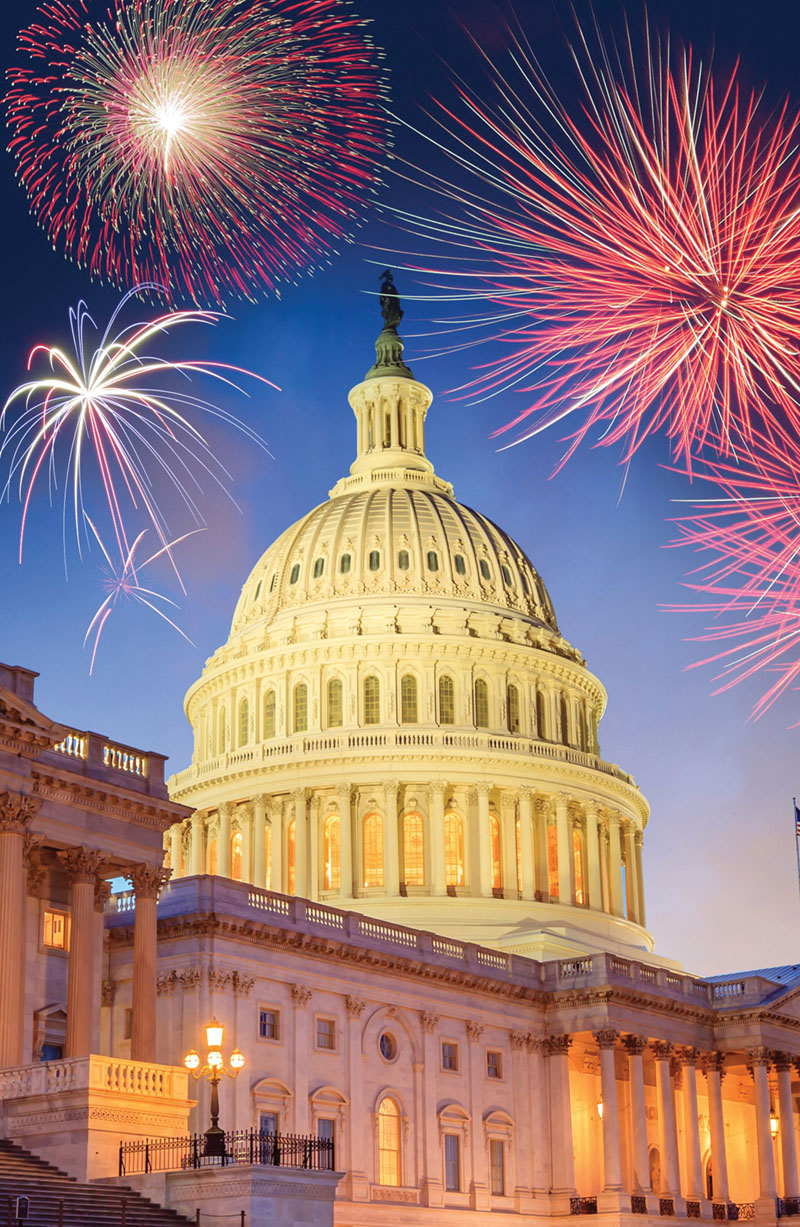 It’s not something you’ll want to do every year — there’s far too many tourists — but everyone should experience the National Symphony Orchestra’s A Capitol Fourth concert at least once (or even twice). Jack Everly leads the NSO in a performance of American favorites and classical masterworks, while several military bands will add to the patriotic spirit, a celebration of the country’s 242nd birthday. (Damn, we’re getting old.)

The 38th annual show, broadcast on PBS, features John Stamos as host with a lineup that includes The Beach Boys, Pentatonix, the Temptations, and Jimmy Buffett with the Broadway cast of his musical Escape to Margaritaville. Also on tap: Luke Combs, Lauren Alaina, CeCe Winans, Joshua Bell, Renée Fleming, and the Choral Arts Society of Washington. It concludes with the NSO performing Tchaikovsky’s 1812 Overture as the soundtrack to what organizers tout as “the biggest, most distinctive fireworks display in the nation.” Wednesday, July 4, at 8 p.m. West Lawn of the U.S. Capitol Building. Free. Call 202-467-4600 or visit kennedy-center.org/nso for more information.

Rare Essence, dubbed the “Wickedest Band Alive,” has been chugging away at go-go for more than four decades — ever since a group of elementary students at St. Thomas More Catholic School in Southeast D.C. got together to tinker around with a then-new percussive style of funk. Soon enough, the gang — shepherded by several no-nonsense moms — became one of the premier outfits of this thoroughly homegrown, locally popular sound, performing regularly with the band led by go-go’s late godfather Chuck Brown as well as another formed by students at the neighboring Ballou High School. That band, known as E.U., or Experience Unlimited, gave the world the genre’s signature hit, the Grammy-nominated “Da Butt,” as well as “Shake Your Thang,” a collaboration with Salt-N-Pepa. E.U. remains a thriving entity under the direction of its founder, singing bassist Gregory “Sugar Bear” Elliott. Expect musical fireworks of the best kind when the Hamilton brings together the two bands for a great toast to the city and the nation on the eve of Independence Day. Tuesday, July 3. Doors at 7 p.m. 600 14th St. NW. Tickets are $25 to $35. Call 202-787-1000 or visit thehamiltondc.com. 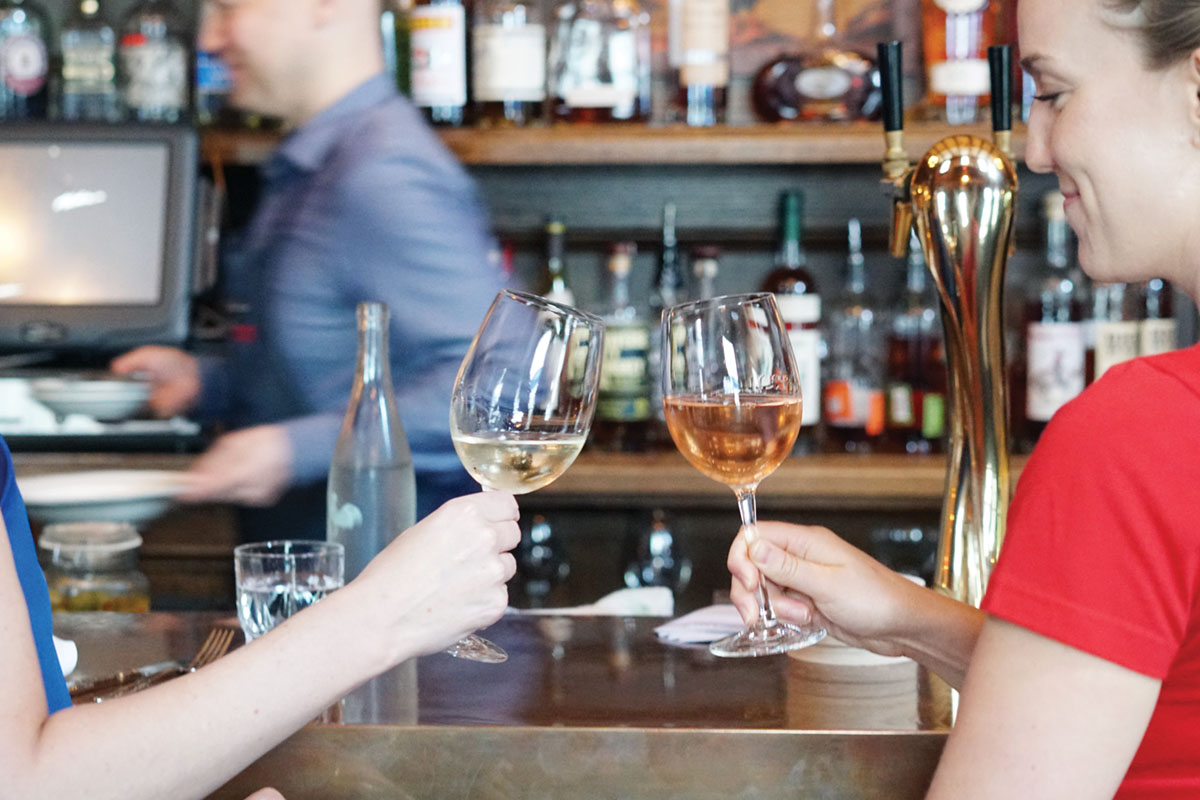 A few days before Independence Day comes a play-on-words twist on the holiday in Georgetown, where over 35 merchants will offer discounts, refreshments, activities and entertainment as part of a second annual toast to the spirit of small business. Presented by the Georgetown BID and set for this Saturday, June 30, from 10 a.m. to 5 p.m., Independents Day includes promotions such as: 20 to 50 percent off spring and summer clothing at the Phoenix; 50 to 70 percent off summer items at Fornash; 50 percent off all wares at Jill Hinckley Pottery; 15 percent off sofas, storage units, and dining tables at BoConcept; 15 percent off Red, White, and Blue Macaron Boxes at Olivia Macaron; 10 percent off all American wines, plus a spiked lemonade tasting, at Bacchus Wine Cellar; one free side dish with the purchase of a Taco Trio at Chaia; and limited edition doughnut ice cream sammies at District Doughnut. Additionally, from 12 to 3 p.m., there will be patriotic food — hot dogs, cotton candy, funnel cake — and festivities, including an Uncle Sam stilt walker and several Washington Nationals Presidents, as well as live music, face painting, and games in the lots of TD Bank and Fornash. Visit georgetowndc.com/independentsday.