The resolution, titled “On Ministry and Counseling to Lead People from Homosexuality to Heterosexuality, asks the Southern Baptist Convention to “offer loving assistance to people suffering from same-sex attraction, so that they may turn from homosexuality to heterosexuality” and to reject “as heresy any claims that God makes people homosexual.”

The resolution also claims that many “salubrious and helpful efforts” to discourage homosexuality will be labeled “conversion therapy” as more states attempt to pass bans prohibiting the practice on minors.

It also resolves that the SBC will support “the free decision of followers of Christ to seek freedom from the sin of homosexuality,” “therapy that aligns with their faith in Jesus Christ as Lord and Savior,” and “the unfettered right of pastors, churches, biblical counselors, biblical counseling ministries, and any other disciple of Christ to provide sound Biblical counsel and assistance for any person seeking freedom from the sinful bondage to disordered homosexual desires.”

The resolution was submitted by Robert O. Lopez, a professor at Southwestern Baptist Theological Seminary in Ft. Worth, Texas, on behalf of the anti-LGBTQ group MassResistance Texas.

Lopez, who was raised by two lesbians but opposes LGBTQ rights for religious reasons, said the resolution was sparked by recent efforts to ban conversion therapy in several states.

Most recently, New Hampshire, Hawaii, and Maryland all passed laws banning the practice on minors. Delaware lawmakers have passed a similar bill, but Gov. John Carney has not yet signed it into law.

If the SBC approves the resolution, it is likely that lawmakers in states or municipalities with a large number of Baptists may encounter resistance if they attempt to introduce such bills.

“We saw that Southern Baptists who want to make a change from homosexuality to heterosexuality are not getting enough help from churches,” Lopez said of the motivation behind the resolution. “New laws banning change therapy are likely to worsen the situation.”

Announcement of RNC Pride Coalition led some prominent social conservatives to criticize McDaniel or call for her resignation. 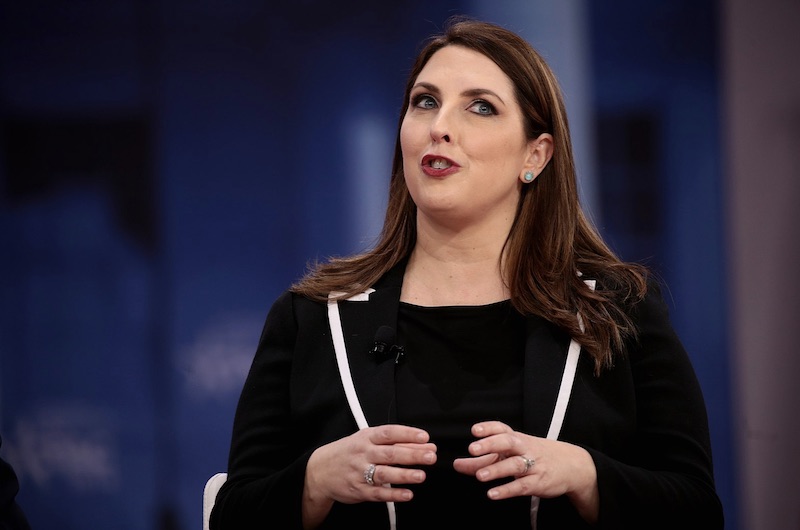 Republican National Committee Chairwoman Ronna Romney McDaniel has apologized in an email to the committee's 168 members, saying she should have done a better job communicating about and clarifying the aims of a new outreach initiative aimed at gay voters.

McDaniel, speaking at the "Spirit of Lincoln Gala," a party held by the gay GOP group Log Cabin Republicans at former President Trump's Mar-a-Lago resort on Nov. 6, announced the launch of the RNC Pride Coalition, a new outreach initiative formed in partnership with Log Cabin.

The initiative seeks to encourage LGBTQ voters -- particularly gays, lesbians, and bisexuals -- a group that generally favors Democrats, to switch their allegiance and support Republican candidates seeking office, including those running for Congress in the 2022 midterm elections.