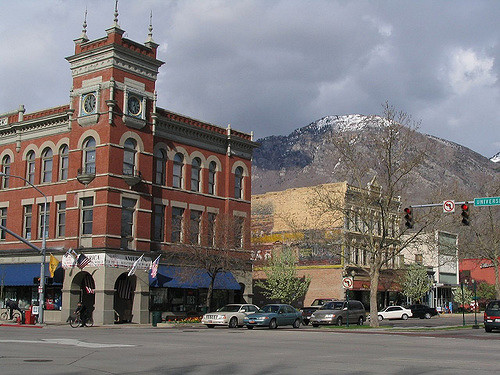 An Independence Fay festival and parade in Utah has excluded LGBTQ groups from participating just hours after signing a nondiscrimination initiative.

America’s Freedom Festival decided to reject four LGBTQ resource centers who applied to march in the parade, including Encircle, a Provo based center that was allowed to march in last year’s parade before being cut shortly before it began.

The nonprofit festival also rejected other LGBTQ groups, including two that applied together. Kendall Wilcox, a member of Mormons Building Bridges, said they plan to challenge the decision.

Provo Pride and PFLAG Provo/Utah County, which applied together, as well as Queer Meals, were also denied participation in a festival partly funded by taxpayer money.

Prior to rejecting the groups, Provo Mayor Michelle Kaufusi praised a nondiscrimination deal that she had co-signed with the leaders of the Freedom Festival.

“I am pleased to announce that festival organizers and Provo City have agreed to incorporate nondiscrimination language into their contractual relationship,” she wrote on her blog. “This is the result of months of dialogue and cooperative effort. We believe this has been a growing process for those involved and that the result is a positive one.”

The Freedom Festival released a prepared statement stating that they rejected 22 applicants because they “were deemed outside the parameters of the parade guidelines” and that they fairly reviewed each application “in full alignment with the Freedom Festival’s nondiscrimination policy.”

The statement added that the 80 approved applicants aligned with the parade’s theme “United We Stand,” saluting military members and “others who have given much to our beloved country.”

“So being pro-LGBT is not in keeping with being patriotic and valuing God and country and family?” Wilcox asked. “We reject that categorization flat out. It’s not an either or proposition.”

State Sen. Jim Dabakis, Utah’s only openly gay member of the legislature, called the parade “a last vestige of formalized, taxpayer-supported out-and-out bigotry and aggression against a bunch of fabulous, amazing kids that have a tough enough struggle in life.”

“It’s pathetic,” Dabakis said. “It’s sad for Utah and Utah County and Silicon Slopes. There’s no reasonable justification for this, no justification other than homophobia.”

While the new nondiscrimination agreement prohibits the festival from discriminating based on race, color, religion, gender, age, national origin, disability, marital status or sexual orientation, the language allows the board a large amount of power to exclude organizations that are not congruent with their “alignment with the theme, mission and values of the Festival.”