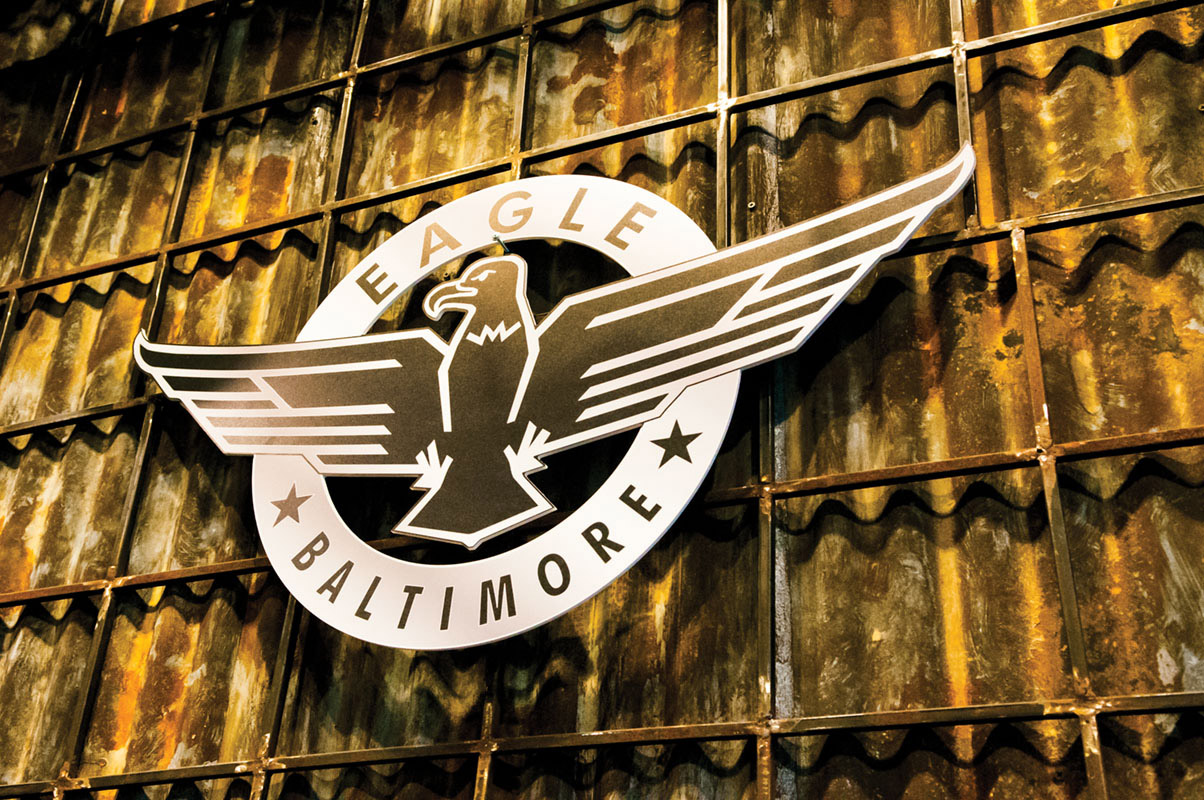 The Baltimore Eagle has announced it has closed its doors, effective immediately.

According to a statement on the website baltimoreleatherbar.com, and reposted on the bar’s Facebook page, 4 Crazy Guys, LLC, the current management of the Baltimore Eagle, decided to close its doors on Wednesday after a dispute with the Parrish family, who owns the building where the bar is housed and the rights to the “Baltimore Eagle” brand.

“It has been our distinct pleasure to serve the LGBT and leather/fetish communities of the Mid-Atlantic region for the past year and a half. We hope that we were able to provide a space that served this community well and that we exceeded your expectations,” the bar’s management wrote.

“For the past four years we have poured our hearts, souls, and resources into this project. It has been a labor of love for a community, city, and state that we have come to feel very strongly about,” the statement adds. “When we started this endeavor just about four years ago, we were practically in disbelief that we would have the honor of re-imagining how a leather bar and an LGBT bar might serve the community in this new era. It was to be a joyous and fun, if also challenging, path that we would follow to retirement. Unfortunately, this has been far from the case.”

The Parrish family purchased the building and the brand in 2012, prior to the closing of the original Baltimore Eagle.

In return, 4 Crazy Guys agreed to renovate the building’s interior, including walls, floors, ceilings, electrical, and plumbing at their own expense. The management company also continued to pay rent and licensing commissions to the Parrish family in excess of $250,000.

“Unfortunately,” 4 Crazy Guys writes, “the Parrish family has attempted to control our licensing of the brand as though it were a franchise. They have meddled in the operation of the business in countless ways, each of which we believe demonstrated their lack of connection and understanding of our community and our market. For instance, Ian Parrish at one time insisted that we could not have a woman pictured on our website. At another time, he suggested that while it is OK for a men’s event to be sexually suggestive, a women’s event should be kept benign.

“Likewise, he objected to the use of models in our marketing saying that they were not attractive because of their body type.  He has attempted to force us to institute uniforms for our servers,” they continue. “Simply stated, his meddling in our marketing has been non-stop. He has claimed a right to view all the camera footage from our security system, which we viewed as an invasion of privacy for our guests. This list goes on and on.”

“We and our legal team [believe this] is a major violation of our licensing agreement — just one among many,” the statement says. “We are also aware that the State of Maryland has conducted an investigation into the Parrish’s violation of Maryland Franchise laws with regards to Baltimore Eagle.”

4 Crazy Guys also alleges that one of its lenders, John Yelcick, and his brother, one of its investors, have caused legal problems for the management company by “arbitrarily decid[ing] to accelerate the terms of his payoff despite the fact there is absolutely no allowance for this in the legal documents governing his loan to the company.”

The management team state that they believe the Parrish family is “actively manipulating the entire situation” to “void the lease and licensing agreements, thereby taking possession of all the assets of 4 Crazy Guys, LLC, not the least of which is nearly $600,000 worth of improvements to their building.” 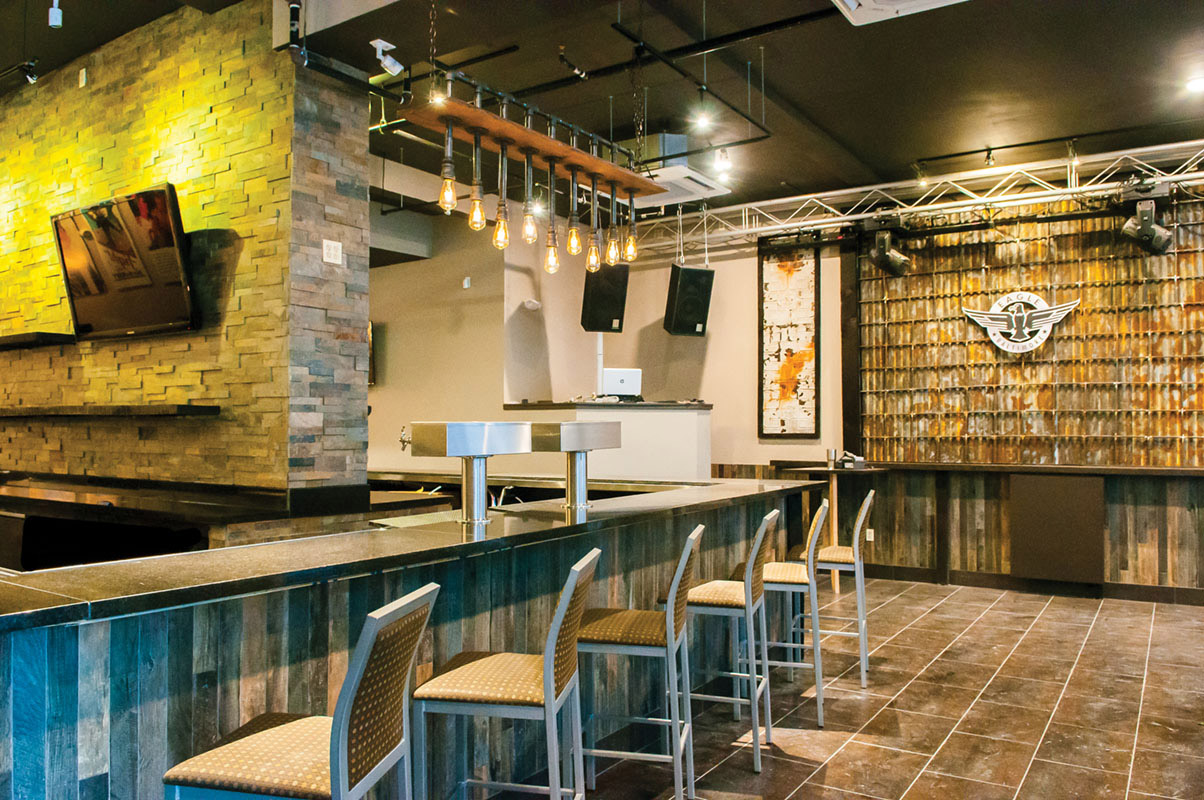 4 Crazy Guys suggested the Parrish and Yelcick families would try to continue operating the Eagle, “cashing in on the goodwill created in the community by the current operators.” However, they believe that “neither party is qualified to operate any bar and especially does not understand the needs and desires of the very communities to whom they hope to sell liquor.”

Furthermore, they accused John Yelcick of making public statements “that later caused our business to be labeled as transphobic, racist, misogynistic, and bigoted” while he was briefly employed at the Eagle. “We worked very hard to correct that misconception, but as far as we can tell he continues to stand behind his comments.”

The letter concludes that 4 Crazy Guys’ dream of owning and operating the Eagle has turned into a “nightmare.”

“In the face of mounting legal expenses and having had this project turned from a dream to a nightmare by outside forces,” they wrote, “we must now move on and hope that the communities and people we have come to love so much will find a new place that feels like home.”

Metro Weekly has reached out to both the Parrish family and to the managers of the Baltimore Eagle for additional information. Both sides have yet to respond to requests for comment.

This is a developing story…

Related: The Baltimore Eagle is ready to fly

John Riley is the local news reporter for Metro Weekly. He can be reached at jriley@metroweekly.com
← Previous Story D.C. Department of Health report: STD rates on the rise in the District, even as HIV rates remain steady
Next Story → Exclusive: The Internal Fighting that Brought Down the Baltimore Eagle