Home / News + Politics / Local / D.C. Department of Health report: STD rates on the rise in the District, even as HIV rates remain steady

D.C. Department of Health report: STD rates on the rise in the District, even as HIV rates remain steady

New gonorrhea infections increased by 56%, and chlamydia infections by 35% in 2017, annual report says 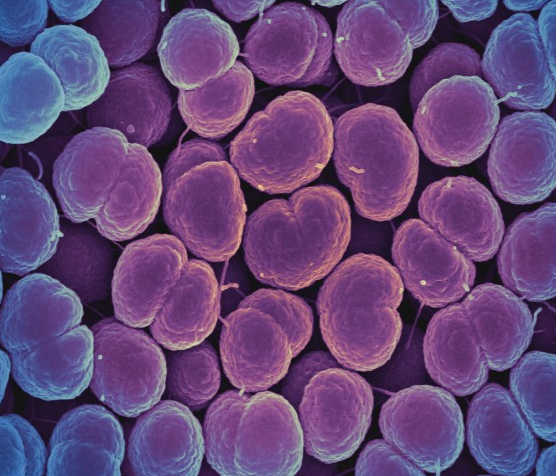 Rates of gonorrhea, chlamydia, and syphilis among residents of the District of Columbia rose significantly during 2017, according to the D.C. Department of Health’s most recent annual HIV, STD, Hepatitis, and TB Surveillance Report, which was released on Wednesday.

Rates of chlamydia and gonorrhea were highest in the District’s West End, Shaw, Bloomingdale, Eckington, and Trinidad neighborhoods, as well as parts of Wards 7 and 8. There were pockets of syphilis infections in Wards 7 and 8, but also higher rates in the neighborhoods surrounding the U Street corridor, including Dupont Circle, Logan Circle, Shaw, and Bloomingdale.

On the HIV front, the news was largely positive. In total, even though the rate of HIV among District residents is still at epidemic levels — with 13,003 residents, or 1.9% of the population, living with HIV — new infections are down overall. Since 2007, there’s also been a significant 95% drop in the number of HIV infections among people who inject drugs, with only 7 new infections in 2017. There were no babies born with HIV in 2017, down from one last year. That brings the total of perinatal infections since 2012 to a grand total of 4.

Geographically, people living with HIV are found throughout the District, with every ward, except Ward 3, having significant concentrations of HIV-positive individuals, although the highest rates in the city continue to be found in Wards 5, 7, and 8. The highest rates of new infections are clustered in the Eckington, Trinidad, Ivy City, Langston/Carver, Kingman Park, and Hill East neighborhoods.

Unfortunately, there was also bad news for some sub-populations. The number of new HIV diagnoses in 2017 increased among young people aged 13-29, men who have sex with men (MSM), and Latinos, even as heterosexual men’s infection rates decreased. Black MSM, and black women who acquire the virus through heterosexual sex, continue to have the highest proportion of newly diagnosed HIV.

Of those MSM diagnosed with HIV, 99% were linked to care, 75% received care in the last year (71% of whom saw a doctor more than once), and 66% achieved viral suppression through antiretroviral therapy, thereby making it extremely difficult to spread the disease to others.

A screenshot of one of the “Sexual + Being” campaign’s videos to increase awareness of HIV/STD testing and prevention efforts – Photo: D.C. Department of Health.

To help further combat the spread of HIV, the Department of Health announced a new Drug Assistance Program, PrEP DAP, that seeks to link HIV-negative individuals with pre-exposure prophylaxis, which, when taken regularly, has been shown to reduce one’s risk of acquiring HIV. The program, which will be launched later this year, will help cover medication co-pays and costs for eligible participants — a significant development, given that the overall cost of PrEP can be cost-prohibitive for the groups most at risk of acquiring HIV, including MSM and transgender individuals.

Even though the Department currently offers HIV/STD testing and counseling, prevention education, free condoms, medical support, and other services to residents, it has announced it will step up outreach efforts and offer more sexual health services to groups at higher risk of acquiring HIV or STDs, including youth, women, MSM, and Latinos.

Earlier this week, the Department launched a new campaign called “Sexual + Being,” to promote sexual health and wellness and address the stigma surrounding HIV/STD testing through a sex-positive approach. The campaign hopes to encourage greater awareness of prevention and treatment efforts, in the hope of getting more people tested and into treatment, thereby reducing the spread of HIV, STDs, and hepatitis among the larger population.

“DC Health’s vision is for the District to be the healthiest city in America, and sexual health is an essential part of that vision,” Dr. LaQuandra Nesbitt, the director of the D.C. Department of Health, said in a statement. “Our goal with this campaign is to encourage open and judgment-free conversations, support people in life choices like when to get pregnant, and promote access to health services.”

For more information about the “Sexual + Being” campaign, visit sexualbeing.org.