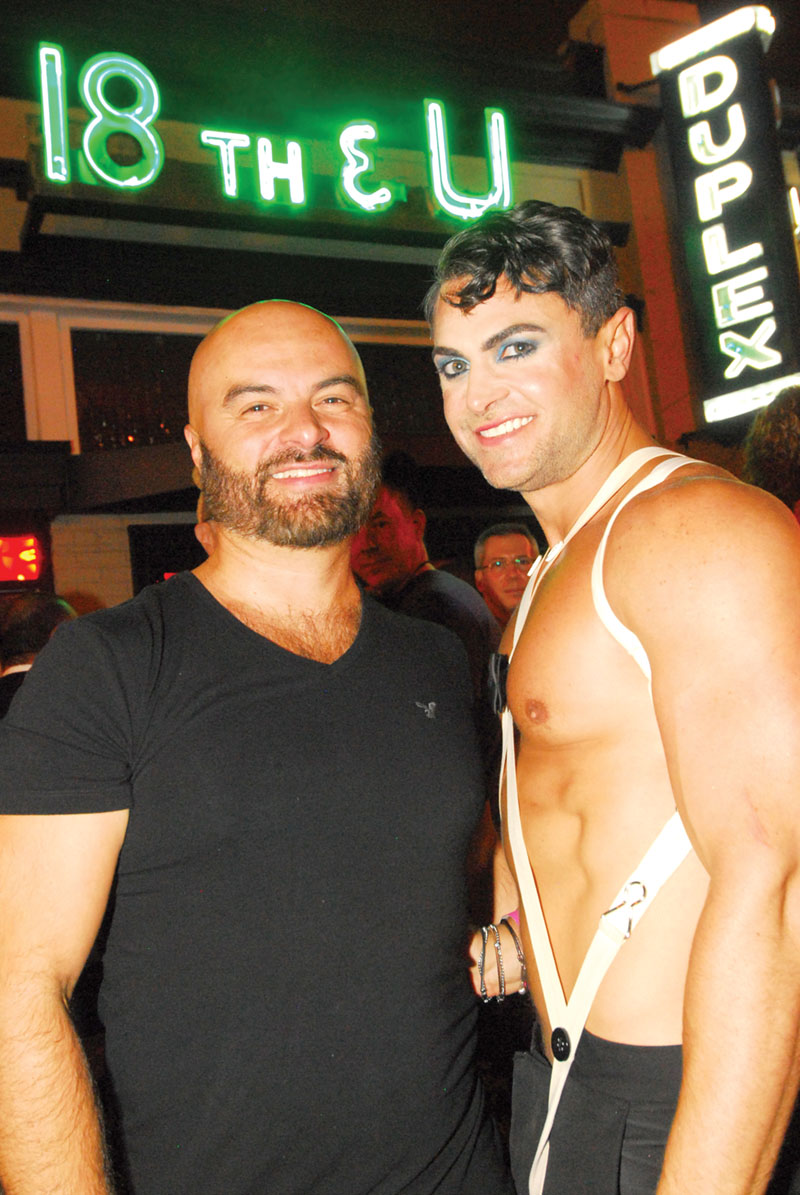 When they purchased the 18th & U Duplex Diner four years ago, Mark Hunker and Jeff McCracken could have turned the popular restaurant/bar into an offshoot of Jam Bistro, the trendy restaurant they run in Rehoboth Beach. But Duplex, which has has thrived for 20 years at 2004 18th Street NW, held too much of an emotional sway.

“We would never screw with Duplex,” Hunker says. “I learned how to drink vodka in that place. I met and married my husband there — I literally got married on those two steps down to the dining room. That place is absolutely where I grew up. I’d sooner burn it down than change it.” (He’s quick to douse any pyro concerns, adding dryly, “I have a 12-year-old in private school. So, no.”)

The fact that Duplex Diner remains virtually unchanged from the way Eric Hirshfield conceived of it two decades ago is cause for celebration any day, but especially on Friday, July 20. “Not only is it the 20th anniversary party,” Hunker says, “but it’s the actual date of creation of Duplex Diner.” DJ Chord will be on hand to provide music for an evening set to include “surprise guests, drink specials, maybe a drag queen or two dropping from the ceiling.”

The weekend also offers a special Saturday edition of the popular ’80s-themed Breakfast Club party with DJs Khelan and Adam. And festivities end with what is sure to be a packed dining room for Sunday brunch. In fact, Hunker points to reinvigorated brunches, along with screening weekend college and NFL games, as among the biggest changes since they took over the venue and appointed longtime bartender Kelly Laczko as General Manager. “That’s something we were most surprised by, that we would build the weekend crowd,” he says. “It has become what Thursday night has become” — only with a more mixed gay/straight crowd.

Over the past few years, Duplex has subtly enhanced its menu with healthier fare. “Kelly has been really good at keeping her finger on the pulse with some of the dietary trends,” says McCracken. The menu includes expanded fish and vegetarian fare such as the zucchini-based pasta dish called Zoodles that “has been really popular since we put it on this summer.”

Still, the classic standby Chicken Sandwich remains a favorite of McCracken’s — so much so it’s now on the menu at Jam. As for Hunker, the Zoodles and the Watermelon Radish Summer Salad are his current favorites. “But I’m not gonna lie,” he says. “I still eat my share of tater tots and chicken fingers. A lot.”

McCracken notes that many employees have worked at Duplex for a decade or more, and that helps foster a sense of community — further bolstered by increased engagement with community groups and local sports organizations, from SMYAL to Gays Against Guns to the Federal Triangles Soccer Club.

As for the future, Hunker and McCracken are currently repeating what they did for Duplex with Red White and Basil, the affordable Italian bistro a block away that they quietly bought earlier this year from Jim Ball and Christopher Lynch of L’Enfant Cafe and LaBoum fame.

Yet Duplex will continue to take pride of place in the restaurateurs’ growing D.C. collection. As Hunker puts it: “I am so proud and so happy to be part of this institution and to be the caretaker — as I know Jeff is — of this great place that will hopefully be around for another 20 years.”