The Bethesda Urban Partnership continues the 14th annual Bethesda Outdoor Movies series with a screening of Tina Fey’s hilarious 2004 film, directed by Mark Waters and starring Lindsay Lohan, Rachel McAdams, Amanda Seyfried, and Amy Poehler. A limited number of seats will be provided, though attendees are encouraged to arrive early and bring their own lawn chairs. So fetch. Friday, July 27, at 9 p.m. The corner of Norfolk and Auburn Avenues in Bethesda’s Woodmont Triangle. Free. Call 301-215-6660 or visit bethesda.org.

H.M.S. PINAFORE & THE PIRATES OF PENZANCE

The Hypocrites and the House Theatre of Chicago, two innovative theaters in the Windy City, have teamed up to stage two of Gilbert & Sullivan’s best-loved comic operettas in rotating rep at Olney Theatre. Celebrated for being immersive and family friendly, the productions are presented promenade style, with some seats on stage with the actors. These silly tales of scurvy pirates, modern Major-Generals, and star-crossed lovers were both directed by Sean Graney, who co-adapted The Pirates of Penzance with Kevin O’Donnell, and H.M.S. Pinafore with Andra Velis Simon and Matt Kahler. In previews. To Aug. 21. Mulitz-Gudelsky Theatre Lab, 2001 Olney-Sandy Spring Road, Olney, Md. Tickets are $30 to $64 each. Call 301-924-3400 or visit olneytheatre.org.

With Benatar and Springfield on the same bill, this concert at MGM National Harbor is something of a dream come true for lovers of ’80s-era pop-rock. Expect the whole venue to be shouting along to well-trod pop anthems, everything from “Hit Me With Your Best Shot” to “We Belong,” and “Jessie’s Girl” to “Love Somebody.” Tuesday, July 24, at 8 p.m. The Theater, 7100 Harborview Ave., Oxon Hill, Md., Oxon Hill, Md. Call 844-346-4664 or visit mgmnationalharbor.com.

The Phillips Collection offers a glimpse into the diverse contemporary art practice of Aboriginal Australia in this special exhibition that showcases the work of nine leading women artists from Down Under. In recent decades women artists have given the Aboriginal art movement a new vitality and dynamism. Steeped in ancient cultural traditions, specific to each artist, the works on display speak to universal contemporary themes as well as the wisdom of indigenous knowledge, asserting both our shared humanity and differences in experiencing and valuing our planet. Now to Sept. 2. The Phillips Collection, 1600 21st St. NW. Tickets are $12, or free for Phillips members, or for those 30 and under via a special summer promotion. Call 202-387-2151 x247 or visit phillipscollection.org.

Reel Affirmations presents Michael Fisher’s documentary about the history of a pristine beachfront hamlet on Fire Island which became a safe haven for gays in the mid-20th century. Cherry Grove Stories offers an oral history of the enclave bolstered by interviews with Cherry Grove residents, as well as news and archival footage. Friday, July 20, at 7 p.m. Preceded by a Cocktails and Cinema Open Bar Happy Hour starting at 6 p.m. with music by DJ Honey. HRC Equality Center, 1640 Rhode Island Ave. NW. General Admission is $12, or $25 including VIP seating, complimentary cocktail or drink, and movie candy or popcorn; VIP Xtra Pass for all five monthly screenings from July through December is $100. Call 800-777-4723 or visit thedccenter.org/reelaffirmations.

Sometimes I Sit and Think, and Sometimes I Just Sit is one of the wryest titles ever for an album, and this rambling rocker from Australia used it to great effect with a 2015 debut that cemented her status as a hipster favorite and a critical darling, garnering her a Best New Artist Grammy nod in the process. Last year, Barnett was among the opening slate of acts at the Anthem, where she was supported by her wife, fellow Aussie singer-songwriter Jen Cloher. Barnett becomes the first act to return for a second, non-consecutive headlining gig at the DC Wharf’s largest concert hall, touring in support of her latest discursive full-length set with another noteworthy title: Tell Me How You Really Feel, which includes the songs “I’m Not Your Mother, I’m Not Your Bitch,” “Walkin’ on Eggshells,” and “Crippling Self Doubt and a General Lack of Self-Confidence.” Julien Baker and Vagabon open. Tuesday, July 24. Doors at 6:30 p.m. The Anthem, 901 Wharf St. SW. Tickets are $40 to $60. Call 202-888-0020 or visit theanthemdc.com.

Two years ago, Kate Taylor Davis and Jared Davis concocted a variety show that made light of American history in the run-up to July 4th — in 2016, just before the country took a dark, dark turn. As a result, the hit show became darker and more subversive — as well as more popular — in its second year, and added topical games with names including “Extreme Vetting” and “Grab. That. P**sy!” This year’s third iteration has been moved to later in July when more people have a chance to attend and participate. Billed as a “no-holds-barred production that’s too risqué for the boob tube and real-er than ‘fake news,'” the show features Carlos Bustamante aka Carl Buster as host. He’s accompanied by a bevy of “All-American Girls” for a tongue-in-cheek trip across the country filled with trivia, games, satire, and nudity. The latter especially comes into play in a segment called “Naked Drunk History” with the character known as “Drunkle Sam,” whose purpose is “to fill in the gaps in America’s public education.” Aiding in the cause are many of the usual suspects in the talented, offbeat crew long associated with Astro Pop Events (the producer of Elvis’ Birthday Fight Club and Countdown to Yuri’s Night). The team includes Chris Griffin — per his drag alter ego Lucrezia Blozia — and includes Jim Dandy, Jared Davis, Patrick M. Doneghy, Kittie Glitter, Eleni Grove, Callie Pigeon, Candy Del Rio, Cherie Sweetbottom, and Andrew Wodzianski. Saturday, July 21, at 9 p.m. GALA Theatre at Tivoli Square, 3333 14th St. NW. Tickets are $22 in advance. Visit astropopevents.com. Also Friday, July 27, and Saturday, July 28, at 8 p.m. Creative Alliance at the Patterson, 3134 Eastern Ave. Baltimore. Call 410-276-1651 or visit creativealliance.org.

The Smithsonian American Art Museum was one of the first museums in the U.S. to acquire video games as part of its permanent collection, recognizing the compelling performance space, activated by artists and players alike, whose interaction can create a unique artistic as well as educational experience. At its annual SAAM Arcade, participants get the chance to play games, from the analog (card games, pinball machines) to digital classics (Donkey Kong and Pac-Man, available on their original devices). But the centerpiece is the “Indie Showcase” in the museum’s Kogod Courtyard, a display of independent games created by both student and professional developers. Sunday, July 22, from 11:30 a.m. to 7 p.m. 8th and F Sts. NW. Free. Call 202-633-1000 or visit americanart.si.edu.

“Welcome Home” at SAAM captures the neighborhoods of East Baltimore 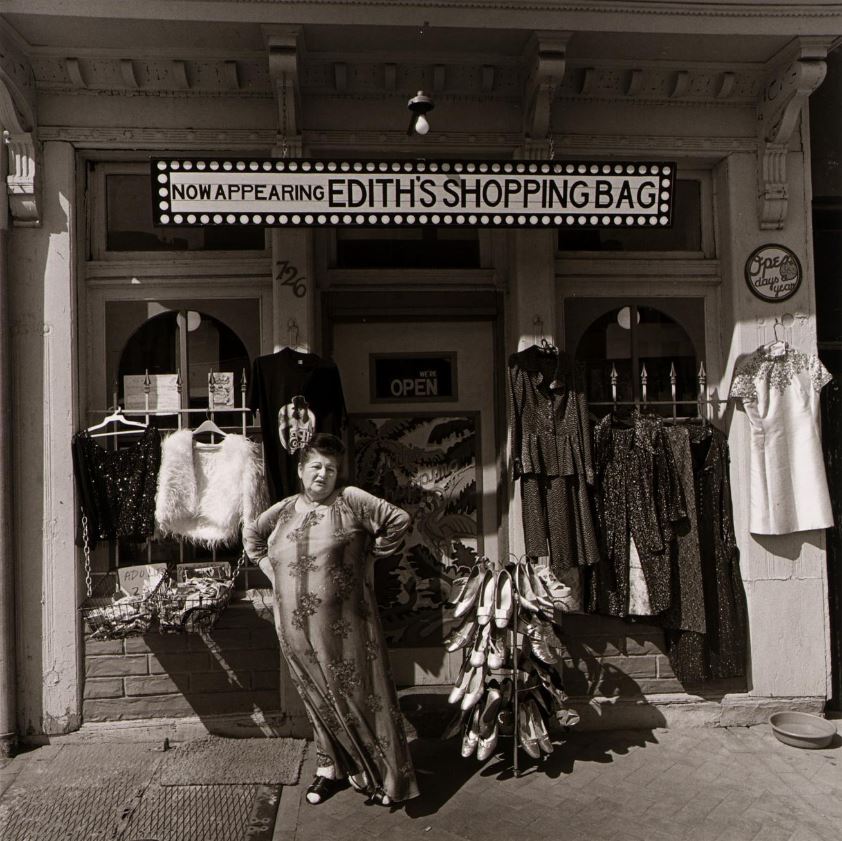 Edith Massey gained infamy in the 1970s portraying a handful of Baltimore's most eccentric characters, all drawn from the gloriously demented mind of filmmaker John Waters. These include everything from Massey's debut as a hallucinatory Virgin Mary in 1970's Multiple Maniacs to Edie the Egg Lady in Pink Flamingos and the villainous Queen Carlotta in Desperate Living.

In 1975, photographer Elinor Cahn captured Massey, who died in 1984, posing in front of her Fells Point thrift store, Edith's Shopping Bag. The image is now part of the permanent collection of the Smithsonian American Art Museum, and is currently on display as part of a photographic time capsule from nearly a half-century ago, one capturing the neighborhoods of East Baltimore. (The Baltimore project is just one among more than 70 such community surveys commissioned by the National Endowment for the Arts in 1976 as a bicentennial showcase of the nation.)