Synetic Theater presents a new adaptation of the American classic The Wizard of Oz featuring some of L. Frank Baum’s original text and dialogue — in contrast to the “wordless Shakespeare” works the company has become known for. Offered as the first production in the Synetic New Voices Series, through which select company members are mentored in leadership roles by co-founder Paata Tsikurishvili, Oz combines verbal and nonverbal communication for an “environmental and spectacular adventure” down the Yellow Brick Road with Dorothy and friends. Longtime Synetic actor Ryan Sellers steps up as director, assisted by Tori Bertocci as choreographer, for a production that has had to move to Georgetown University’s main campus. (Synetic’s usual venue in Crystal City recently suffered water damage.) Currently in previews. Opens Saturday, July 14. To Aug. 12. Devine Studio Theatre in the Davis Performing Arts Center. Tickets are $20 to $45. Call 866-811-4111 or visit synetictheater.org.

Lin-Manuel Miranda’s Pulitzer Prize-winning musical raps and rhymes American history with an uncanny flair for mining gold from the tremendous life story of one “bastard orphan.” Alexander Hamilton bore a restless, relentless energy that Miranda has tapped into willfully and quite successfully. The compositions reflect a practically unerring ear for synthesizing pop, hip-hop, R&B, Broadway, and dexterous narrative into a stirring, cohesive blend. The music paves the way forward for an entire production that feels classic and iconoclastic, historical and hip. To Sept. 16. Kennedy Center Opera House. Tickets are $99 to $625, or $49 for any same-day, standing-room-only tickets, released two hours before curtain. Call 202-467-4600 or visit kennedy-center.org. (Andre Hereford)

Fresh off its win as Outstanding Emerging Theatre Company at the Helen Hayes Awards, Monumental Theatre tackles the musical that Stephen Schwartz created two decades before Wicked. Rebecca Wahls directs a Millennial-run production based on the 2013 Tony-winning revival, in which the titular prince joins the circus on his journey to magic-making self-discovery. Tiziano D’Affuso plays Pippin, Solomon Parker is the narrating Leading Player, and Chani Wereley is Catherine. Choreography by Ahmad Maaty and music led by Leigh Delano. Previews start Friday, July 13. To July 30. Ainslie Arts Center in Episcopal High School, 3900 W. Braddock Rd. Tickets are $30 to $40. Call 703-933-3000 or visit monumentaltheatre.org.

It’s hard to imagine a gayer concert than this. Or one better geared toward those who like their music poppy, dancey/synthy, and quirky. If all that appeals to you and you grew up in the 1980s, Wolf Trap is precisely where you’ll want to be Wednesday, July 18, when Boy George brings his original “Karma Chameleon” crew, but only after Fred Schneider returns once more to the Filene Center stage with his “Love Shack” pack (including fellow LGBTQ members Keith Strickland and Kate Pierson). The night begins with a set by Tom Bailey, the principal writer/vocalist behind the “Hold Me Now”-pleading ’80s act Thompson Twins. Wednesday, July 18, at 7 p.m. 1551 Trap Road, Vienna. Tickets are $42 to $90. Call 877-WOLFTRAP or visit wolftrap.org.

Michael Feinstein has highlighted “the next generation of performers” all this season in his Cabaret Supper Club series at AMP by Strathmore — including Laura Osnes (Rodgers & Hammerstein’s Cinderella) and Eva Noblezada (Miss Saigon). This weekend Feinstein presents a true veteran, a woman known from a whopping 76 appearances on The Tonight Show with Johnny Carson — to say nothing of roles in productions of everything from Hello, Dolly to Follies. More recently, Maye has been featured in a one-hour PBS Television Special — and as the featured guest of D.C.’s newest hometown orchestra, the American Pops, in residence at Arena Stage. Her AMP cabaret is Saturday, July 14, at 8 p.m. 11810 Grand Park Ave. North Bethesda. Tickets are $30 to $40. Call 301-581-5100 or visit ampbystrathmore.com.

WHY IS EARTHA KITT TRYING TO KILL ME?

In her new book, the actress relates stories from her early life all the way through to today. Known from supporting roles in the blockbusters Kill Bill and Independence Day, as well as more recently on Empire, Fox, host of Lifetime’s Vivica’s Black Magic, will share some of her secrets to success and sign copies of her book, presented in collaboration with Solid State Books. Friday, July 13, at 7 p.m. Lang Theatre in the Atlas Performing Arts Center, 1333 H St. NE. Tickets are $25 to $37. Call 202-399-7993 or visit atlasarts.org.

Elvis Presley’s third film, the story of a convict who learns to play guitar while in the slammer and, upon release, becomes a star, is considered one of his most invigorating performances. In fact, the “Jailhouse Rock” dance sequence alone is frequently cited as “Presley’s greatest moment on screen.” In 2005, the film was selected by the National Film Registry for preservation. Mike Stoller and Jerry Leiber, known for the hits “Hound Dog,” “Stand by Me,” and “Yakety-Yak”) provided the boppin’ score. Landmark’s West End Cinema brings the 1957 drama to the big screen as part of its Capital Classics series. Wednesday, July 18, at 1:30, 4:30, and 7:30 p.m., 2301 M St. NW. Happy hour from 4 to 6:30 p.m. Tickets are $10 to $12.50. Call 202-534-1907 or visit landmarktheatres.com.

Southwest D.C. is the hub for this year’s Capital Fringe, with 11 stages set up at venues throughout the neighborhood, including Arena Stage, Blind Whino, and area churches — all within a five-minute walk of one another. Most shows at Fringe are selected through an unjuried, open-invitation process — first-come, first-staged — with works largely created and produced by new or relatively inexperienced theatermakers. Shows wth LGBTQ themes in 2018 include: M. Cristina Garcia’s Lesbians and the Men Who Love Them, Samir Bitar & Mahayana Landowne’s 50 Ways…, Jamie Brickhouse’s darkly comic Dangerous When Wet: Booze, Sex & My Mother, the horror mystery Ghosts, Kate Robards’ PolySHAMory, Sri Mirajkar’s Draupadi’s Arranged Marriage, Glass Attic Collective’s devised work Up Your Aesthetic, Caitlin M. Caplinger’s Riot Brrrain, and Flying Blind Theatre Ensemble’s The Country Co-ed. To July 30. Tickets are $17 per show, with a one-time purchase of a $7 Fringe button. Multi-show passes range from $60 to $350. Call 866-811-4111 or visit capitalfringe.org.

The Kennedy Center presents the third annual festival bringing acclaimed stars and rising acts together for a mix of stand-up and other comedic performances. Everything kicks off next Thursday, July 19, with a screening of Rob Reiner’s 1984 groundbreaking mockumentary (that indirectly launched the directing career of Christopher Guest), This is Spinal Tap. Harry Shearer will be on hand following the screening to tell behind-the-scenes stories and answer audience questions. Other highlights include Neil Hamburger, Patton Oswalt, Amanda Seales, D.C.’s Underground Comedy Stand-Up Showcase, The Daily Show Correspondents Stand-Up Tour, the competitive stand-up game “On Deck,” hosted by Mike Mulloy, and The New Negroes with Baron Vaughn and Open Mike Eagle. There are several planned Bentzen Ball Podcast sessions, a “Boast Rattle” (the opposite of a comedic roast where the best complimenting comedian wins), and performances featuring The Improvised Shakespeare Company. July 19 to 22, at various venues in the Kennedy Center. Ticket prices vary. For a full list of performances or to purchase tickets, call 202-467-4600 or visit kennedy-center.org.

Sunday, July 15, is National Ice Cream Day, but Union Market is helping to make a weekend of it by hosting this 8th annual ice cream social on Friday, July 13, starting at 5 p.m. Dolcezza and Trickling Springs Creamery will be offering free scoops at an event that previously functioned as a competition — serving as the birthplace of past DC Scoop winners Ice Cream Jubilee and Love ‘n Faith, which will also be offering free frozen treats. Gelato, ice cream sandwiches, popsicles, soda shoppe-style scoops, and other surprises will also be available for purchase from other vendors includingPeregrine Espresso, Puddin’, Bun’d Up, Toli Moli, and Suburbia — and Windows Catering will be running a sweets-filled toppings bar at DC Scoops, which also boasts live music by DJ Bast + Native Nebula from the AOK Family. The event is the market’s way of celebrating the fact that it’s now open until 10 p.m. Thursday through Sunday evenings throughout the summer, with live music and free bingo with DC Fray planned for every Thursday from 7 to 9 p.m. Union Market, 1309 5th St. NE. Call 800-680-9095 or visit unionmarketdc.com.

Taking a page from popular Summer and Winter Restaurant Week promotions, the Old Town Alexandria restaurant, run by husband-and-wife chefs Christophe and Michelle Poteaux, has been offering three-course prix-fixe lunches and dinners of its French-inspired cuisine all week long. The occasion is a toast to the French national holiday that gives the restaurant its name and is officially celebrated this year on Saturday, July 14. The menu includes a choice of soupe du jour, escargots provencales, or salmon rillettes as a starter, a choice of entree such as Moules-frites, Roast Chicken with Chermoula, or Seared Duck Breast, and for dessert, either ice cream, flan, or profiteroles au chocolat. To Sunday, July 15. Bastille Brassierie in The Asher, 606 N. Fayette St. The price is $25 at lunch, or $35 at dinner. Call 703-519-3776 or visit bastillerestaurant.com. 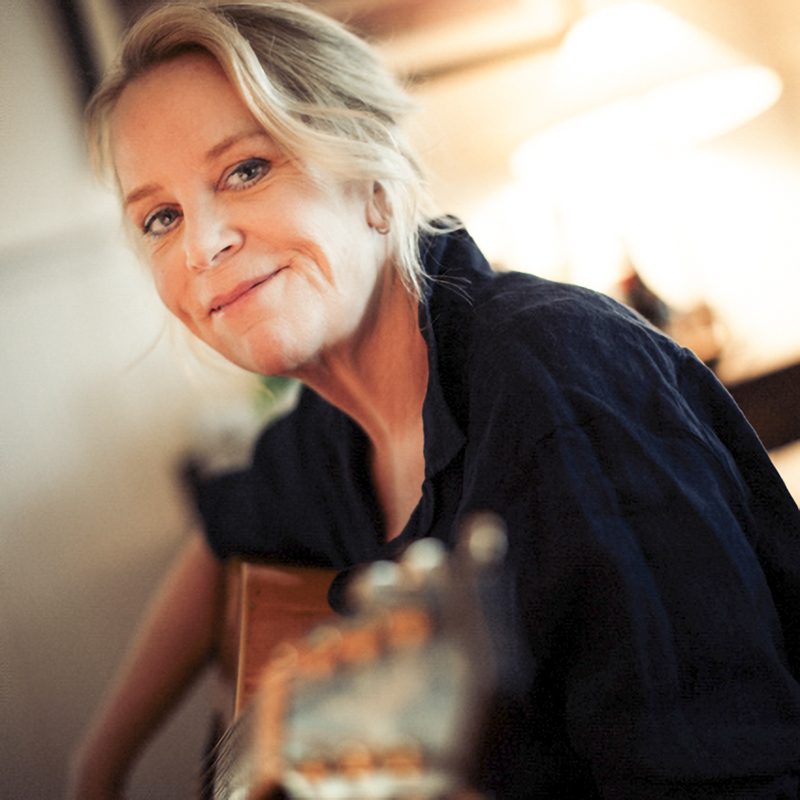 We may already be in the final throes of summer, but there's still enough time and opportunity left to savor some of the season's most revered activities.

Chief among them, the allure of a quick evening getaway to enjoy great music -- or smart comedy -- performed live in a partially outdoor, open-air venue set amidst a lush, woodsy natural preserve.

And right on cue, this year's end-of-summer lineup is particularly strong at Wolf Trap's Filene Center, the venerated amphitheater located in the only national park dedicated to presenting the performing arts.

The Filene Center season officially ends two weeks after Labor Day, going out with a veritable bang, vocally speaking, with the launch of a new community choral festival.