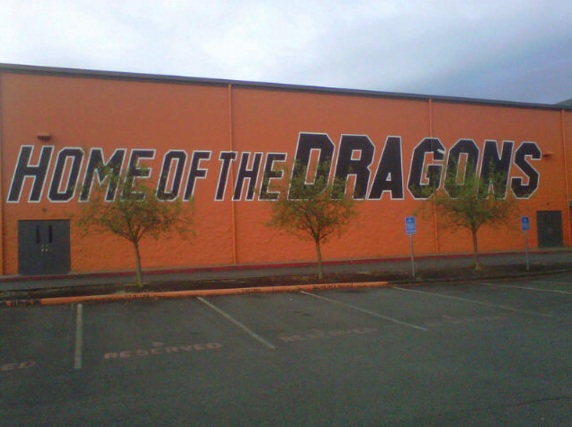 A federal judge in Oregon has dismissed a lawsuit that sought to reverse a rural school district’s policy allowing transgender individuals to use restrooms, locker rooms, and other facilities based on their gender identity.

The lawsuit, brought by a small group of parents and students, acting through the organizations “Parents for Privacy” and “Parents Rights in Education,” alleged that the Dallas School District in Polk County, Ore., as well as state and federal officials, violated cisgender students’ rights to personal bodily privacy, their religious rights, and created a hostile school environment for them by forcing them to share spaces with students who are transgender.

“The Court is persuaded by Defendants’ authority and concludes that high school students do not have a fundamental privacy right to not share school restrooms, lockers, and showers with transgender students whose biological sex is different than theirs,” Hernández wrote in his ruling. “The potential threat that a high school student might see or be seen by someone of the opposite biological sex while either are undressing or performing bodily functions in a restroom, shower, or locker room does not give rise to a constitutional violation.

“…The plaintiffs in Doe [a similar case out of Pennsylvania] and Plaintiffs in this case both argued that a school policy allowing all students to use single-user accommodations or restrooms consistent with their biological sex would be narrowly tailored,” he added. “The Doe court rejected that argument, finding that such a policy would violate the compelling interest identified above and brand transgender students, inviting greater scrutiny from their peers. In conclusion, based on the facts alleged in this case and the authority discussed above, Plaintiffs’ Fourteenth Amendment claim for a violation of the right to privacy must be dismissed.”

“In this case, the law is neutral and generally applicable with respect to religion,” he wrote. “There are no allegations that District forced any Plaintiff to embrace a religious belief, nor does the Plan punish anyone for expressing their religious beliefs. In any event, Plaintiffs do not have standing to bring this claim.”

The American Civil Liberties Union Foundation, and the ACLU Foundation of Oregon intervened in the case earlier this year on behalf of the LGBTQ group Basic Rights Oregon, in order to defend the rights of transgender and non-binary students who would otherwise be forced to use spaces based on their assigned sex at birth. Those organizations hailed Hernández’s decision as a victory for those same students.

“We are thrilled with the judge’s decision,” Brook Shelley, the board chair of Basic Rights Oregon, said in a statement. “It sends a clear message to school districts that transgender students deserve the same access to a safe and affirming education as every other student. It also affirms the Dallas School District, which took necessary and legally required steps to affirm a transgender student in their school.”

Gabriel Arkles, a senior staff attorney at the ACLU, said cases like those brought against the Dallas School District unfairly target transgender students, in violation of the Oregon Department of Education’s guidelines — issued independently of the federal government — requiring that transgender students be treated according to their gender identity.

“The judge understood that transgender students just using restrooms and lockers like everyone else does not violate anyone’s rights. In fact, it would violate students’ rights to keep them out of the facilities their peers use just because they are transgender,” he said. “These cases are a part of a nationwide trend targeting transgender young people, and we are proud to defend students’ safety, dignity, and access to education.”

Mat dos Santos, the legal director at the ACLU of Oregon, noted that the group is currently fighting a separate but nearly identical lawsuit filed in Sutherlin, Ore.

“We will continue to defend transgender students in Oregon from these harmful lawsuits,” dos Santos said in a statement. “All students deserve a safe and accepting learning environment, regardless of gender identity. We know that when transgender youth are allowed to show up as their true selves, they thrive and make meaningful contributions to the community. This makes schools better for everyone.”

Colleen Yeager, the mother of a 7-year-old transgender boy and a member of a pro-transgender parents group known as the Fierce Parents, said the state’s guidance regarding transgender students has helped her son flourish.

“My son is able to thrive in school because he has received, and continues to receive, the kind of support he does from his teachers, school administration, and school community,” Yeager said. “Their support has been instrumental in his ability to be himself, to just be a kid, and to be a productive, attentive student, and classroom contributor. This is why this judge’s decision is so important.”