Mock wrote and directed an episode of "Pose" on FX 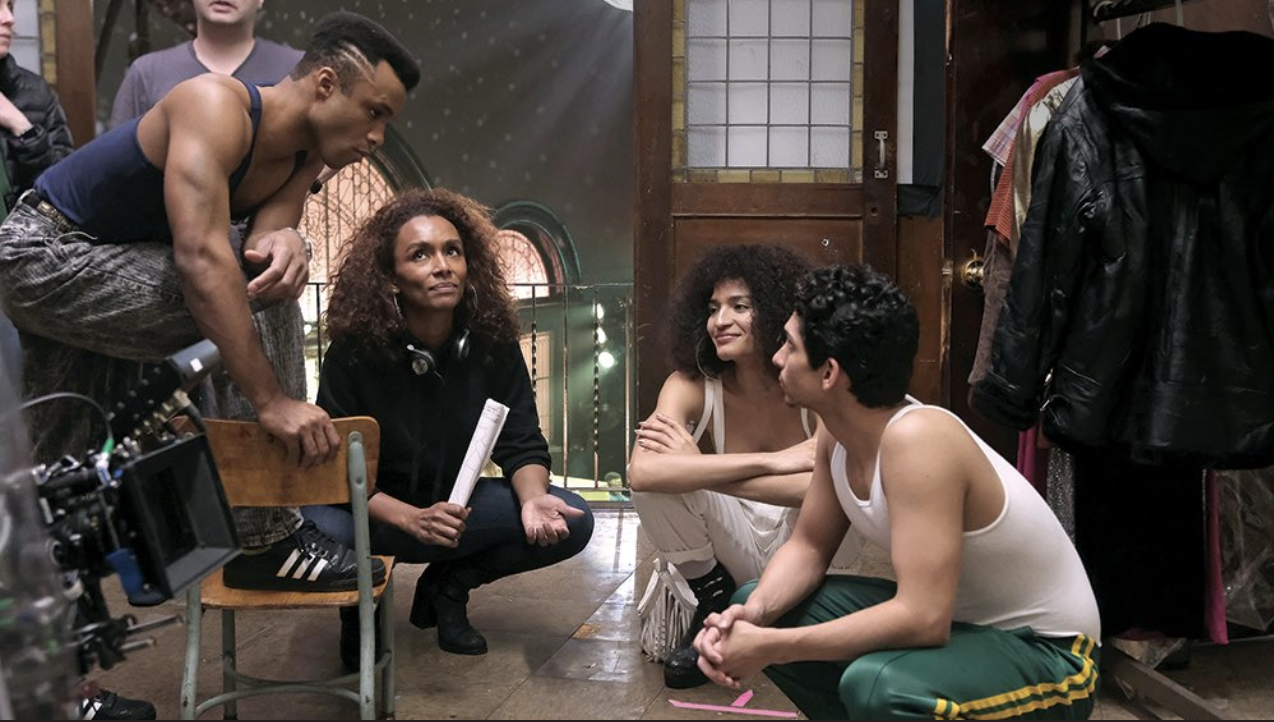 Janet Mock has made history as the first transgender woman of color to both write and direct an episode of a television show.

Mock made her directorial premiere on FX drama Pose, which follows the ’80s LGBTQ ballroom scene during the height of the HIV/AIDS crisis.

In addition to being a producer on the show, Mock wrote and directed the sixth episode “Love is the Message,” which featured Pray Tell (Billy Porter) and Blanca (MJ Rodriguez) singing an emotional duet of “Home” from The Wiz to an audience of AIDS patients.

Mock, who is also a bestselling author, has enjoyed being able to share her personal experience through Pose.

“I think for me the most rewarding part of [working on Pose] was really just being able to tell the truth about my own experiences,” Mock told The Glow Up. “And to really show the beauty, the vibrancy, the love and resilience of my sisters and siblings. I really wanted to ensure that they were able to have Pose be a mirror for them to truly see themselves.”

Mock did note that the first trans woman of color to solely direct an episode of a show was Sydney Freeland in Grey’s Anatomy. She also said that having LGBTQ stories “told by people who don’t belong” to the community leads to a less nuanced view of queer people.

“[Non-LGBTQ writers] only speak through a very slight prism, and that limited prism is often only through victimhood and trauma and violence,” she said. “I wanted to show that yes, we deal with the reality of very gritty stuff that we have to go through and overcome—but we do overcome them. We go through them, and we often go through them together to creativity, through love, through acceptance.”

Taken my first night on set as Director of Episode 6: LOVE IS THE MESSAGE. That smile hides my nerves about being the first trans woman of color to write & direct TV. We are deserving of opportunity & more than capable. My directorial debut airs tonight on @FXNetworks. #posefx pic.twitter.com/BgOmNyBAEn

Pose was co-created by Glee‘s Ryan Murphy and has been critically acclaimed for its inclusivity, with the show featuring several trans characters and many trans women of color. Murphy also said that the show’s profits would be donated to LGBTQ charities.

Regarding the recent controversy over Scarlett Johansson being cast as a transgender man in an upcoming film, Mock said it is important for marginalized communities to not only have their stories told, but to be given the opportunity to tell those stories themselves.

“I hope that we will be an example for other productions to realize that it’s not just enough for people who don’t belong in those communities to tell those stories and to put marginalized people on screen,” she said, “but we also have to empower those communities by economically investing in them and giving them jobs and giving them the pen and allowing them to have a true seat at the table.”

← Previous Story Aquaria on winning Drag Race and what her future holds
Next Story → GLAAD: 2018 Emmy nominations a “milestone moment for LGBTQ inclusion”