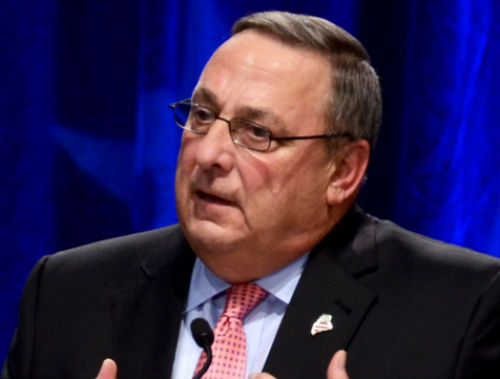 A bill to ban conversion therapy in Maine has died after the House of Representatives failed to override a veto by Gov. Paul LePage.

On Friday, LePage, a Republican, became the first governor of any party to veto a bill banning conversion therapy.

Had it passed, it would have allowed the state to deny or revoke a therapist’s license if they engaged in effort to try and alter a youth’s gender expression or their feelings of attraction to members of the same sex. Thirteen other states have similar laws in effect.

In his veto message, LePage called the bill “bad public policy” and argued that it would be interpreted so broadly that it would censure any therapist who even talked with a client about their sexual orientation or gender identity, reports the Portland Press-Herald.

“This bill attempts to regulate professionals who already have a defined scope of practice and standard of care per their statutory licensing requirements,” LePage wrote. “I strongly agree that young people should not be physically or mentally abused if they come out to their parents or guardians because they have experienced sexual or romantic attraction to an individual of the same gender. However, as it is written — ‘any practice or course of treatment’ — can call into question a simple conversation.”

But Rep. Ryan Fecteau (D-Biddeford), an openly gay state representative and the bill’s chief sponsor, said that such claims are examples of straw-man arguments that misrepresent what the bill actually does. He said it was “ludicrous” for LePage to suggest the bill would prevent counselors from talking with a client about their sexuality.

“It’s disappointing,” he said. “I certainly disagree with the governor on many issues, but I thought this would be one where we could find some common ground and he could join the six Republican governors and seven Democratic governors across the country who have signed a similar law.”

Maine and Massachusetts are currently the only states in New England that do not expressly prohibit conversion therapy, and Massachusetts lawmakers may yet pass a bill banning the therapy before the end of the year.

Given significant opposition from Republican leadership, it was all but impossible for Democrats and a handful of socially liberal Republicans to garner the two-thirds necessary to override LePage’s veto in the Democratic-led House of Representatives. And it was even less likely in the State Senate, where Republicans hold the majority.

Conversion therapy has been denounced by almost all mainstream medical and mental health organizations as ineffective. Research has shown that youth who are subjected to the therapy — particularly if against their will — are at higher risk of depression, self-harm, drug abuse, low self-esteem, and suicidal ideation.

“Governor LePage’s shameful decision to veto this life-saving legislation leaves Maine’s LGBTQ youth at risk of being subjected to a practice that amounts to nothing less than child abuse,” Marty Rouse, the national field director for the Human Rights Campaign, said in a statement. “With this inexcusable decision, Governor LePage has become the only governor in the nation to veto legislation protecting young people from this abuse, solidifying his place in history’s hall of shame.”

“Government’s greatest responsibility is to protect its most vulnerable citizens, especially minors who may not be able to protect themselves,” Matt Moonen, the executive director of EqualityMaine, said in a statement. ” Governor LePage had the opportunity, in one of his final acts as governor, to make Maine a safer place for LGBTQ youth. Unfortunately, he chose petty politics over protecting kids.”

EqualityMaine also raised the prospect of pushing for a referendum on the issue. Many liberal-leaning groups have done this with other issues, including voting rights, Medicaid expansion, and same-sex marriage, when LePage or Republican-dominated chambers of the General Assembly have defeated progressive legislation.

If anti-LGBT politicians like @Governor_LePage continue to stand in the way, we are not afraid to go back to referendum. Maine voters have consistently stood on the side of full equality for LGBT people, and we have full confidence they would do so again. #mepolitics

“If anti-LGBT politicians like @Governor_LePage continue to stand in the way, we are not afraid to go back to referendum,” the organization tweeted. “Maine voters have consistently stood on the side of full equality for LGBT people, and we have full confidence they would do so again.”

John Riley is the local news reporter for Metro Weekly. He can be reached at jriley@metroweekly.com
← Previous Story Survey: 75% of LGBTQ people in Northeast Florida say they have experienced “everyday discrimination”
Next Story → Indiana church that put up anti-gay sign gets evicted from its building