Panic! at the Disco singer Brendon Urie comes out as pansexual

In an interview with Paper Magazine, Urie said that he likes "good people," regardless of gender 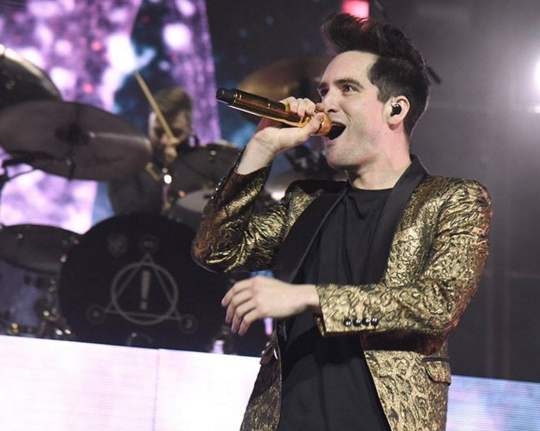 Brendon Urie – Photo: Panic! At the Disco, via Facebook.

Panic! At the Disco lead singer Brendon Urie has come out as pansexual.

In an interview with Paper Magazine, the 31-year-old singer opened up about his sexuality, saying he does not care about his choice of partner.

Urie stated that he was still attracted to men, despite being married to his wife of five-years Sarah Orzechowski.

“I’m married to a woman and I’m very much in love with her but I’m not opposed to a man because to me, I like a person,” he said.

Urie said that his sexuality was “never weird” for him and even mentions that the first bar he ever went to was when he walked into a gay bar at 17.

“I remember just being hit on all night and it was awesome. I was getting drinks all night,” he said. “These guys would just come up and I was like, ‘I’m flattered but I’m not interested but thank you.’ They were like, ‘We’ll get you interested sweetheart.’ I was just like, ‘This is dope.‘”

The singer said that he is confident about his sexuality, and knows that it has turned some people off.

“I know that it made a few people uncomfortable, when somebody gets uncomfortable about me doing what I used to call ‘stage gay,'” he said. “It kind of presses me to want to do it more.”

Urie will be touring with Panic! At the Disco throughout this year, playing a sold-out show at Royal Farms Arena in Baltimore as well as the Capitol One Area in Washington, D.C. next January.

Also read: Aquaria on winning Drag Race and what her future holds