Grammy-winner Shelby Lynne has a lot to say on many topics. Just don't inquire too much about her personal life. 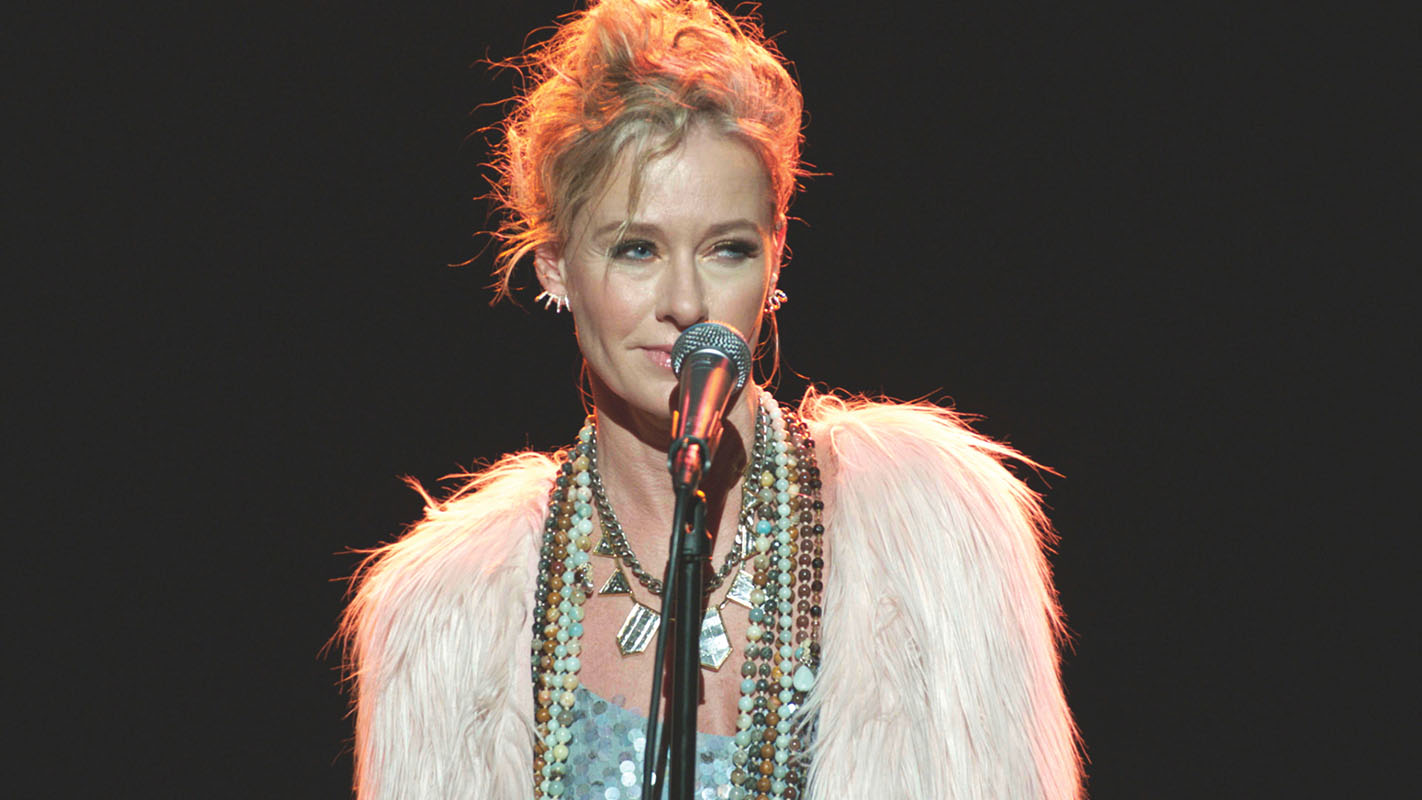 “It’s very difficult to play new music for people,” says Shelby Lynne. “People aren’t conditioned to hearing new things. They know what they know about you, and that’s what they want to hear. Everybody in the world that’s ever made music will tell you that.”

So, should you happen to be in the audience when the Grammy-winning artist appears at The Birchmere on Wednesday, July 25, don’t be disappointed if she doesn’t play much off Here I Am, the soundtrack to a film directed by queer filmmaker Cynthia Mort and starring Lynne, who has done acting stints in True Blood and portrayed Johnny Cash’s mother, Carrie, in Walk the Line. Lynne calls the independently funded Here I Am “a fictional movie about very true things. It’s about an older, successful singer that has come to a point in her life where she’s making decisions about who she is and what she is. It’s about faith and love and choices and art and dance and angels and music.”

The older sister of country artist Allison Moorer, with whom she collaborated with on the intoxicating 2017 assortment of covers, Not Dark Yet, Lynne has long kept her private life under wraps. In recent years, she’s opened up a bit more — if begrudgingly — in interviews with Rolling Stone Country and, more revealingly, Huffington Post.

“I’ve always been really careful about talking about my private life,” she says, “because I don’t like reading somebody else’s interpretation about my life from a phone interview where we don’t know each other. I’m not hiding anything. I’m just not announcing anything.”

Still, the lithe, earthy singer concedes, “I’m proud of who I am. There’s a song in my set called ‘Down Here.’ It’s about growing up a gay child in the South. It’s difficult to grow up a gay child in the South. For me it was…. I’ve always been really ruffled by people who try to get me to wave a banner for anything, because I’m waving it by living.”

Get Lynne on the subject of the Trump administration, however, and she’s downright forthright.

“I’m sick over it,” she says, forcefully. “I can’t believe that this is what we’ve become. It’s just like a bad, bad, bad novel. As an American, red-blooded, flag-waving, bonafide Dixie dyke, I’m appalled. As an American who votes and who cares about my community and my country’s community, it’s just hideous what’s happening. We all need to figure out ways to come together — and mean it. I get really fuckin’ passionate about it because I’ve always been a flag-waving patriot.”

Here I Am will be available in August on Lynne’s website, shelbylynne.com.