Study: Transgender veterans are as healthy as their cisgender peers 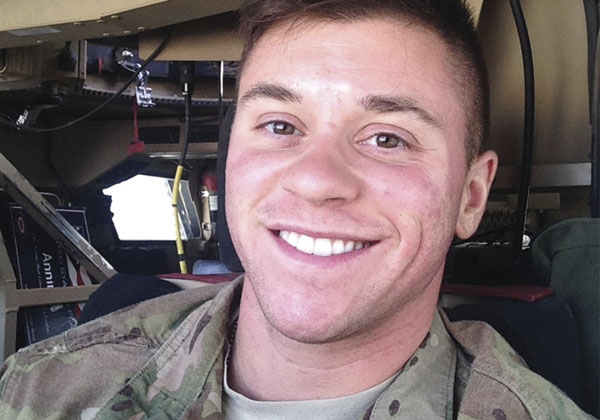 According to the study, published in Health Affairs, the only difference in the health of transgender and cisgender veterans was that transgender veterans had higher odds of having at least one disability, such as a debility in vision, cognition, mobility, self-care or independent living.

The study also found demographic and economic differences between the two populations. Transgender veterans experienced higher rates of poverty and less education and less likely to be married or partnered than cisgender veterans.

The study analyzed responses from 517,539 people living in 31 states and Guam, who participated in the 2014-2016 Behavioral Risk Factor Surveillance System, a survey from the CDC that collects state-level data on health, risk factors and sociodemographic characteristics of adults in the United States.

The study also examined the health and well-being of transgender and cisgender civilians and found that transgender civilians were less likely to have health insurance and be employed. They had a greater likelihood of not having received primary care in the past year, delaying care because of costs, or having multiple chronic conditions and depression. But those same characteristics were not apparent in transgender veterans.

“Disparities in education and poverty have been found to increase the risk of poor health,” Janelle Downing, one of the study’s co-authors and an assistant professor of health services policy and management at the University of South Carolina, said in a statement. “Those may be contributing to the poor health outcomes we observed in transgender civilians, but it was not true for transgender veterans. It is possible that the veterans represent a particularly resilient subset of transgender people.”

The Trump administration has recently come under fire for efforts to ban transgender people from serving in the military, issuing an informal blanket ban in July 2017, and then, in March 2018, issuing a revised policy that allows a small number of transgender people to serve, so long as they do not transition, have not been diagnosed with gender dysphoria, and their gender expression conforms with their assigned sex at birth. There are currently four federal court injunctions blocking the Pentagon from moving forward with implementing the ban.

However, the authors of the Health Affairs transgender study say there findings of few differences between transgender and cisgender veterans do not support the Trump administration’s contention that transgender people have so many mental and physical health problems that allowing them to serve would be financially costly to the military.

“Our study found no evidence to support the current administration’s intent to ban transgender people from serving in the military,” co-author Jody Herman, a public policy scholar at the Williams Institute, a think tank at the UCLA School of Law, said in a statement. “On the contrary, the positive and long-term health outcomes of transgender veterans illustrate how well the existing criteria work to determine who is fit for military service.”

John Riley is the local news reporter for Metro Weekly. He can be reached at jriley@metroweekly.com
← Previous Story Madison, Wis., City Council passes ban on youth conversion therapy
Next Story → More than 30 members of Congress demand information on TSA treatment of transgender travelers