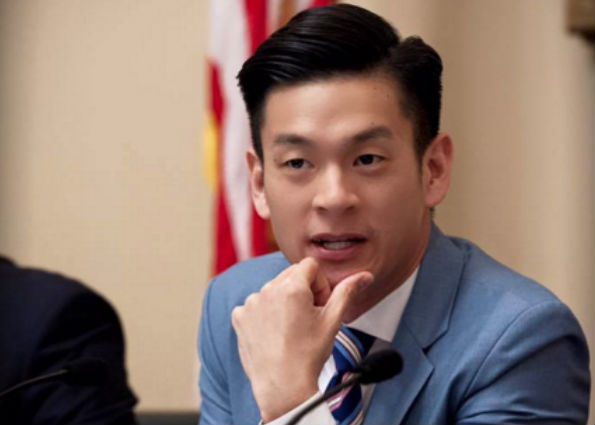 The California lawmaker behind a measure that would effectively ban conversion therapy for adults by declaring it to be a “deceptive business practice” has pulled it from the docket, reports the Los Angeles Times.

The bill previously passed the Senate with amendments clarifying that the bill would ban services, but not goods. Those amendments, which were considered “friendly,” were slated to be voted upon by the Assembly this week before the bill was sent to the desk of Gov. Jerry Brown (D) to be signed into law.

Assemblyman Evan Low (D-Campbell) released a statement explaining his decision to shelve the bill, which he said was motivated by the hope of finding consensus with religious leaders who were concerned that they could be targeted for counseling congregants who are struggling with their sexuality.

Had Low’s bill passed, it would have allowed people who undergo conversion therapy to pursue legal action against counselors or therapists who promised to help change their sexual orientation or gender identity but are unable to deliver on that promise.

Several mental health and medical groups oppose the therapy because they say there’s no scientific evidence to back up its claims, and can potentially lead to depression, self-harm and suicidal ideation when the professed change doesn’t occur.

Almost immediately after Low introduced the bill, social conservatives and anti-LGBTQ pundits attacked, alleging that the bill’s language was overly broad, took away agency from adults who knowingly consented to the practice, and would punish religious leaders for speech opposing homosexuality. Some even claimed it would ban the Bible because of the prohibitions on homosexual behavior contained in its texts.

While Low initially pushed back against those claims, he decided to go on a listening tour to meet with clergy across California and hear their concerns.

One of those leaders, Kevin Mannoia, a chaplain at Azusa Pacific University, an evangelical Christian college, said that he had concerns that simply ministering to a questioning individual might be used against him to try and prosecute him under the law.

In an op-ed in the Orange County Register this week, Mannoia stated that “reparative therapy is without evidence as to its efficacy and is inconsistent with Christian living” — a sentiment that Low says he has heard from many Christian leaders who oppose conversion therapy but nonetheless objected to the language in his bill.

In that op-ed, Mannoia expressed hope that he and other religious leaders could work with Lowe and proponents of banning conversion therapy to ensure that the religious freedom of clergy would be protected under any bill passed by lawmakers.

“Maybe there’s something here,” Low told the Times. “Could this be an opportunity for transformational change, in which you can get outside of the typical culture wars and come together and work with them to craft language that they might be able to support?”

Rick Zbur, the executive director of Equality California, which supported the bill, says that opponents’ claims about the legislation are patently false and not credible. That said, he believes additional time will allow lawmakers to “tinker with the bill to make very clear that these false assertions the other side is making are not accurate.”

In a statement, Low explained his reasoning behind pulling the bill and expressed hope for banning conversion therapy on adults in the future.

“As a young person I often found myself confused about my sexual orientation. It was hard to find any mainstream media surrounding the feelings I was having. Gay men were not depicted in movies or TV that I was exposed to. I hid myself and my feelings because I was afraid of what others would think of me,” Low said.

“This left me feeling very lost, scared, alone, and even suicidal. I wondered if I could change. Coming out was not an easy experience. Yet, I am grateful my community embraced me as I was, a gay man. Many fellow members of the LGBT community are not as fortunate and do not have the support I did and have been subjected to the harmful and fraudulent practice of conversion therapy. … I authored Assembly Bill 2943 to ensure a remedy for those who are deceived by this deceptive practice.”

Low added that he has been “heartened” by the conversations he’s had with religious leaders.

“The best policy is not made in a vacuum and in order to advance the strongest piece of legislation, the bill requires additional time to allow for an inclusive process not hampered by legislative deadlines,” he said. “I am committed to continuing to work towards creating a policy that best protects and celebrates the identities of LGBT Californians and a model for the nation to look towards.”