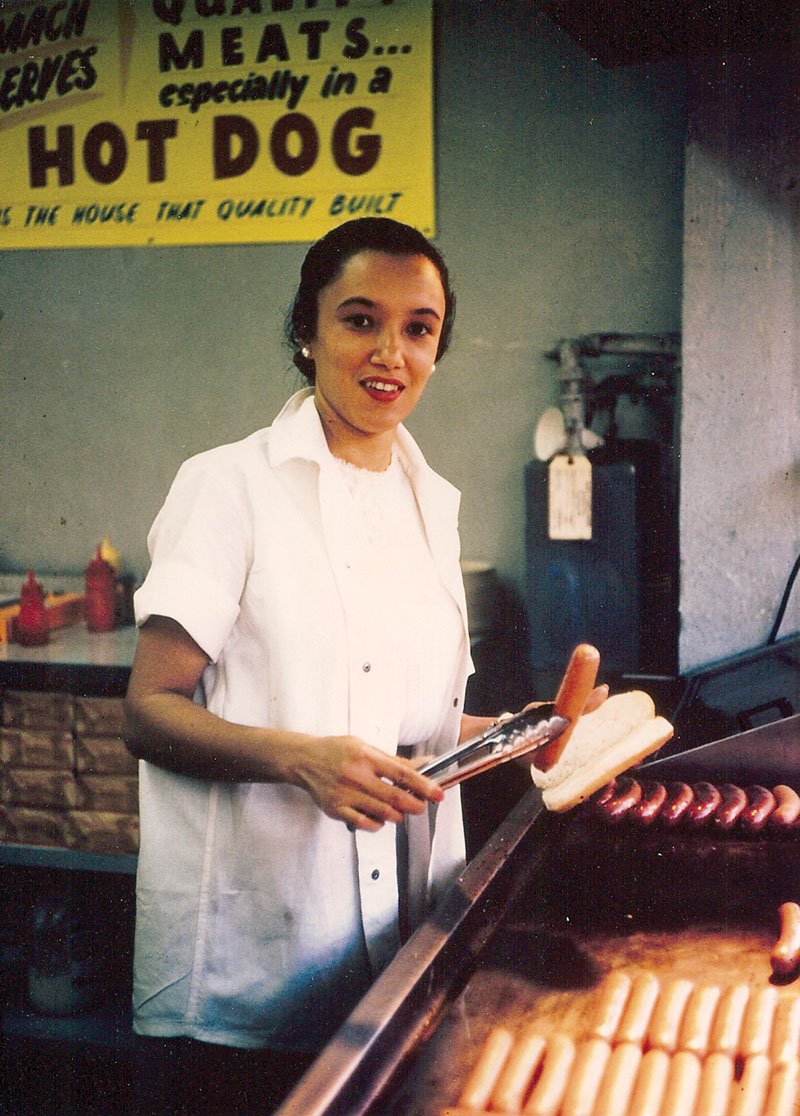 Wednesday, Aug. 22, marks 60 years to the day when Ben Ali first started serving up the chili half-smokes that has made him and his original counter store an internationally acclaimed local landmark. Ali and his family, including wife Victoria Ali, will kick off a day-long to-do at Ben’s U Street location with an 11 a.m. press conference that will undoubtedly draw most of the city’s biggest movers and shakers. Things continue moving and shaking right on into the afternoon with Ben’s Block Party featuring performances by Maysa, Rare Essence, EU featuring Sugarbear, Soul Searchers, DJ MelloT, and Ozone. And the festivities don’t stop until after an official gala at the Lincoln Theatre — the historic venue next door, right across Ben Ali Way. Billed as “A Tribute to Virginia Ali” benefitting the Ben’s Chili Bowl Foundation, the gala, starting at 7:30 p.m., will feature the Ali Family and “Special Guests” — among them Faith Evans, Kenny Lattimore, Rayshun LaMarr, and BSlade. Given the institution’s large and loyal celebrity fan base — from the Obamas and Oprah to Dave Chappelle and Taraji P. Henson — it seems reasonable to expect even more starry surprise guests. Ben’s Chili Bowl is at 1213 U St. NW. Tickets to the gala at the Lincoln Theatre are $60 to $150. Call 202-733-1895 or visit benschilibowl.com. 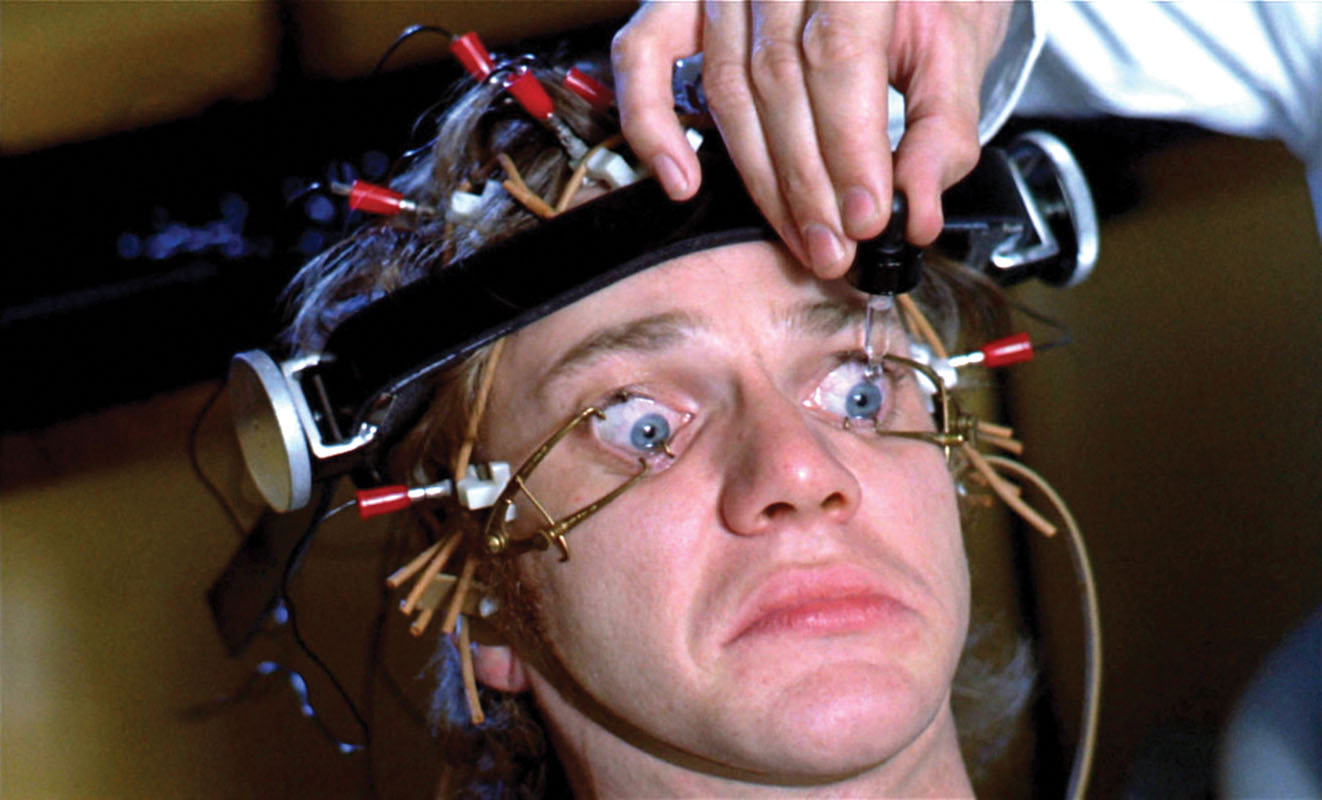 Malcolm McDowell is over-the-top magnificent as the Beethoven-loving ringleader of a band of thugs in a powerful satire about the evils and capriciousness of our modern, psychiatric-driven society. With its extreme violence and horrific rape sequence, A Clockwork Orange ranks as one of the most shocking in Stanley Kubrick’s rich cinematic oeuvre. The 1971 film, based on Anthony Burgess’ dystopian crime novel, returns to the screen at the AFI Silver Theatre as part of a two-month series honoring the great filmmaker, who died in 1999. Screenings are Friday, Aug. 17, at 10:30 p.m., Saturday, Aug. 18, at 10:30 p.m., Sunday, Aug. 19, at 9:30 p.m., and Wednesday, Aug. 22, at 7:30 p.m. Silver Theatre, 8633 Colesville Road, Silver Spring. Tickets are $15 general admission. Call 301-495-6720 or visit afi.com/Silver.

Last February, this brooding Brazilian drama won the Teddy Award for Best Feature Film at the Berlin Film Festival. The focus is on Pedro, a socially alienated boy who strips and slathers himself in glow-in-the-dark paint to transform into NeonBoy, a popular, money-making avatar online, taking commands from men in private chat rooms. A sensitive, melancholic portrait of a queer boy struggling with today’s very real challenges of intimacy, community, and security in a homophobic society, Hard Paint is offered as part of Reel Affirmations’ monthly series. The screening will be followed by a panel discussion with Casa Ruby’s Shareese Mone on sex-work decriminalization. In Portuguese with English subtitles. Friday, Aug. 24, at 7 p.m. HRC Equality Center, 1640 Rhode Island Ave. NW. Tickets are $12, or $25 for VIP seating as well as one complimentary cocktail, beer or wine and popcorn. Call 202-682-2245 or visit thedccenter.org. 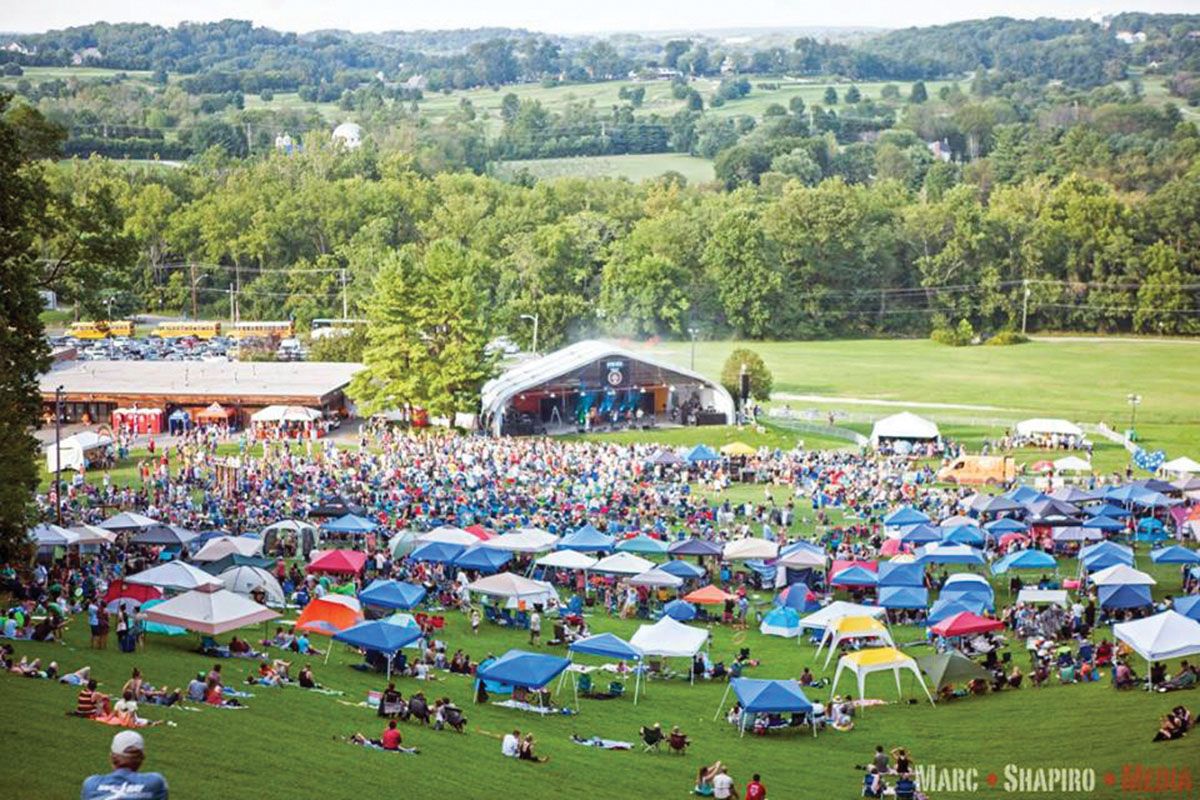 The Revivalists, Karl Denson’s Tiny Universe, and Nikki Hill are the headliners across the three stages at this folk and bluegrass festival, now in its 26th year and presented by Stages Music Arts. Other acts set to perform include Trampled by Turtles, Psycho Killers, the Marcus King Band, Cris Jacobs Band, Omari Banks, Whiskey Shivers, the Dirty Grass Players, Selwyn Birchwood, and Hall Williams Band. Also, the orchestral folk duo the Clavicles will perform in between sets in the VIP section. 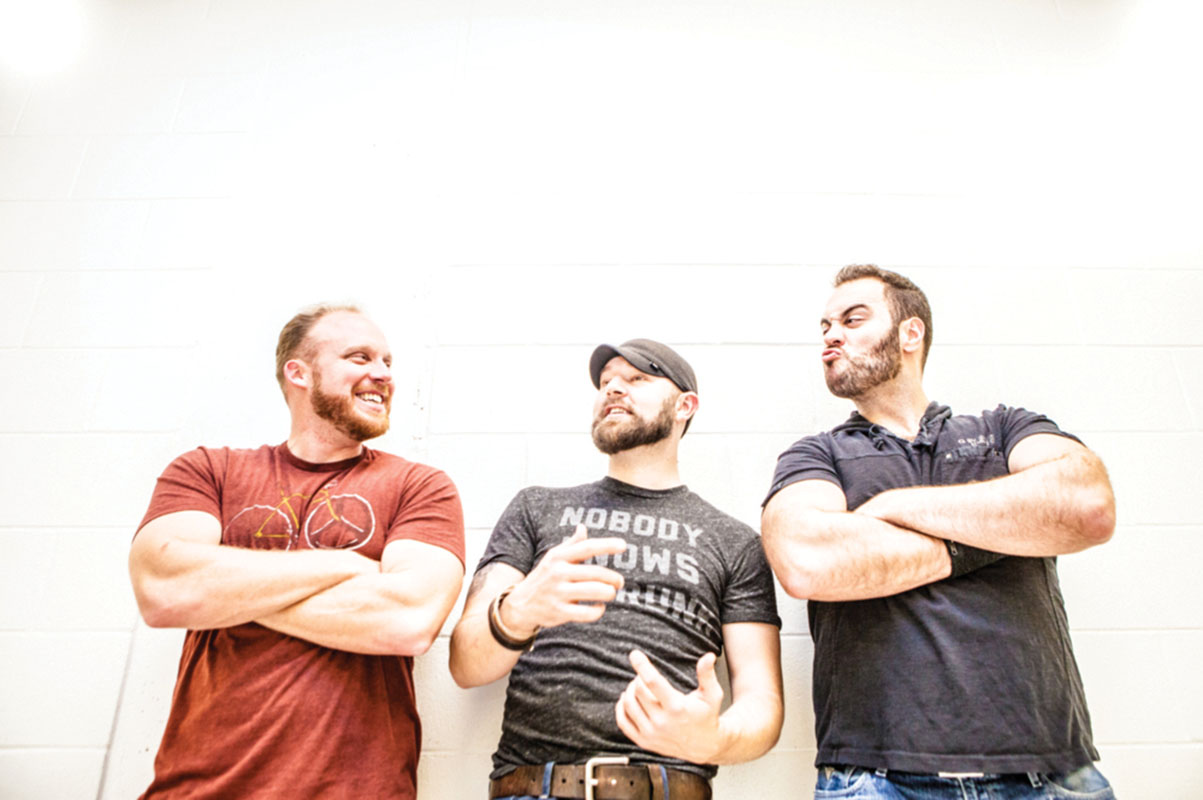 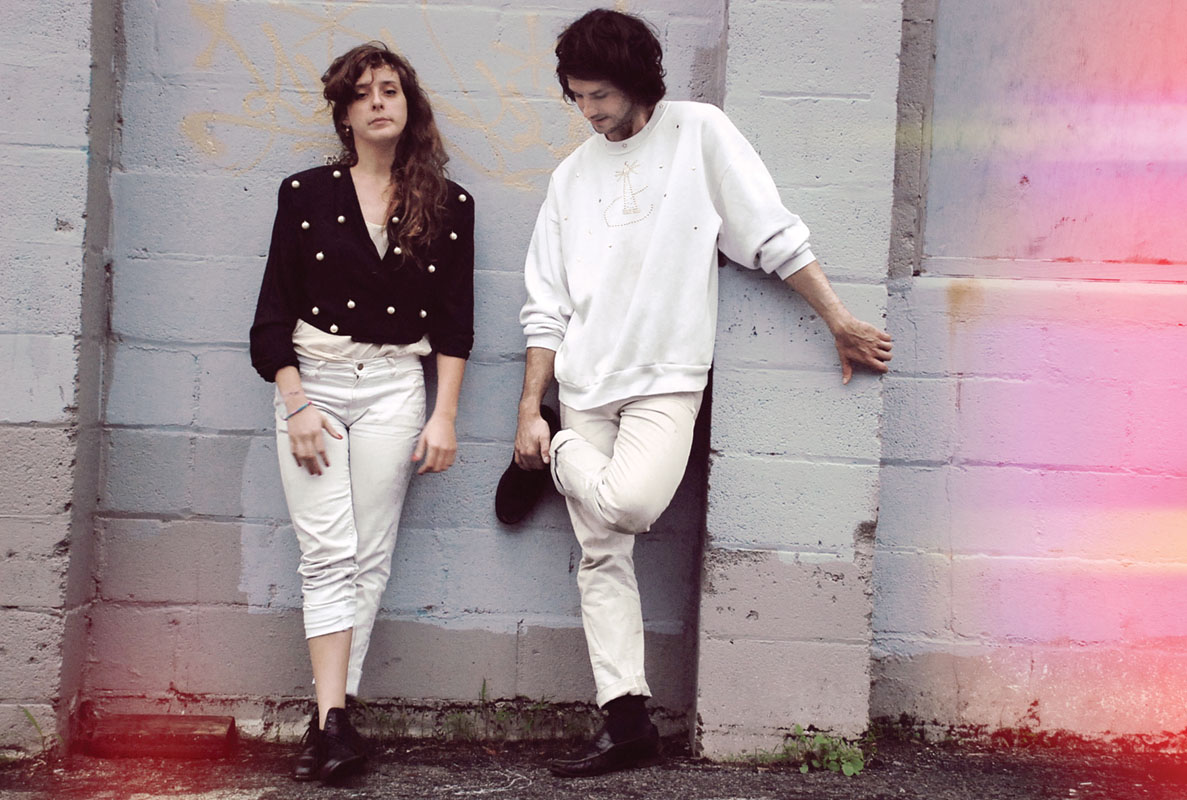 Like much of their music, the Baltimore-based dream-pop duo’s success has been a slow build. And 7, Beach House’s newest album, is the culmination of years of precisely refining technique, doubling down again and again on a now unmistakable sound and aesthetic and striving to perfect it. The synths, soft guitars, and Victoria Legrand’s haunting voice make it impossible to mistake this for anything other than her band with Alex Scally. Beach House’s soundscapes have always been dreamy, escapist fantasies, but with 7, the duo has also put forth a hopeful message of rebirth, a simple perfection rising out of darkness and chaos. Beach House supports the stellar five-star album on tour with fellow Sub Pop labelmate Papercuts, the “soft indie pop” four-piece founded and fronted by Jason Robert Quever. Saturday, Aug. 25. Doors at 6:30 p.m. The Anthem, 901 Wharf St. SW. Tickets are $38 to $55. Call 202-888-0020 or visit theanthemdc.com. (Sean Maunier) 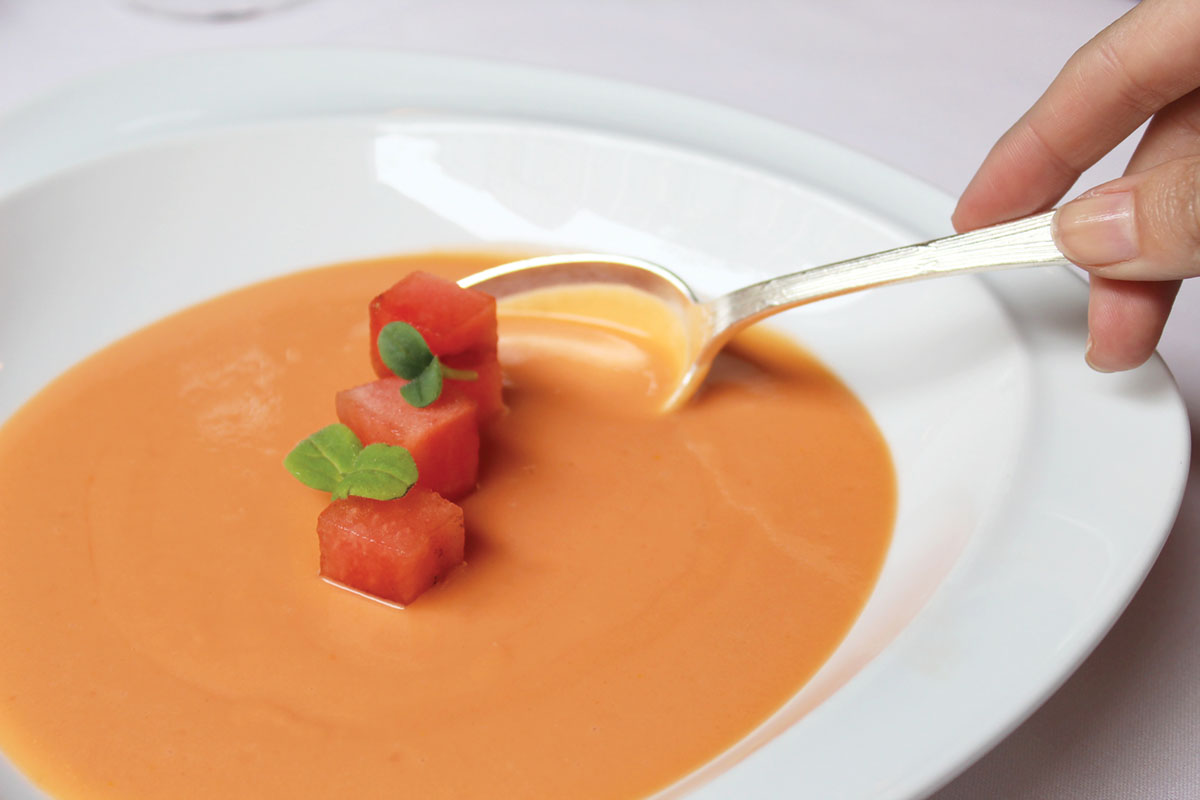 Summer isn’t ideal soup season — unless you’re talking gazpacho and other cold varieties popularized in Spain. In that case, now through Labor Day, D.C.’s oldest traditional Spanish restaurant offers five varieties, rotating them by weekday: from Monday with Gazpacho Andaluz, the traditional tomato-based soup with cucumbers and red and green peppers, to Friday’s Salmorejo Cordobés, a tomato and bread puree with Serrano ham and hard-boiled egg. Garlic and almond soup with grapes, carrot and orange soup with orange, and tomato and watermelon soup round out the midday options. All soups are $13. 1776 I St. NW. Call 202-429-2200 or visit alabardero.com. 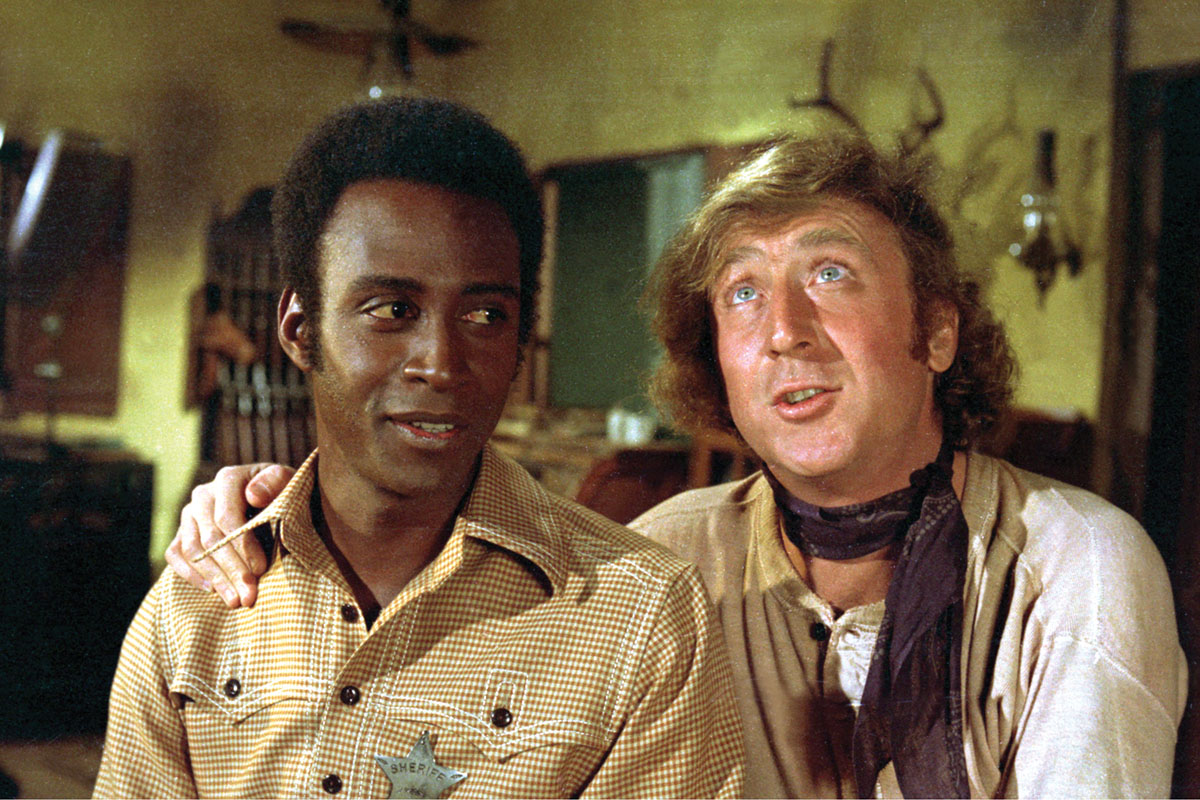 Mel Brooks is a master of shtick-heavy, knee-jerk comedy, the kind that often doesn’t require much in the way of intellectual heavy-lifting. Several of his best-known works have been deemed by the American Film Institute among the funniest of the last century. Chief among these, coming in at No. 6 on the AFI’s 100 Years…100 Laughs list, is this 1974 farcical Western caper co-written with Richard Pryor. A satire about the racist mythology of the American West, Blazing Saddles stars Cleavon Little as a black sheriff in an all-white town. Gene Wilder plays a gunslinging, alcoholic everyman sidekick, with a cast aided and abetted by a bevy of Brooks’ scene-stealing regulars, including Dom DeLuise, Harvey Korman, and the late, great Madeline Kahn. Blazing Saddles could never get made in today’s climate — and yet it seems the perfect statement for our times. The film returns to the big screen as part of Landmark’s West End Cinema Capital Classics series. Wednesday, Aug. 23, at 1:30, 4:30, and 7:30 p.m., 2301 M St. NW. Happy hour from 4 to 6:30 p.m. Tickets are $10 to $12.50. Call 202-534-1907 or visit landmarktheatres.com. 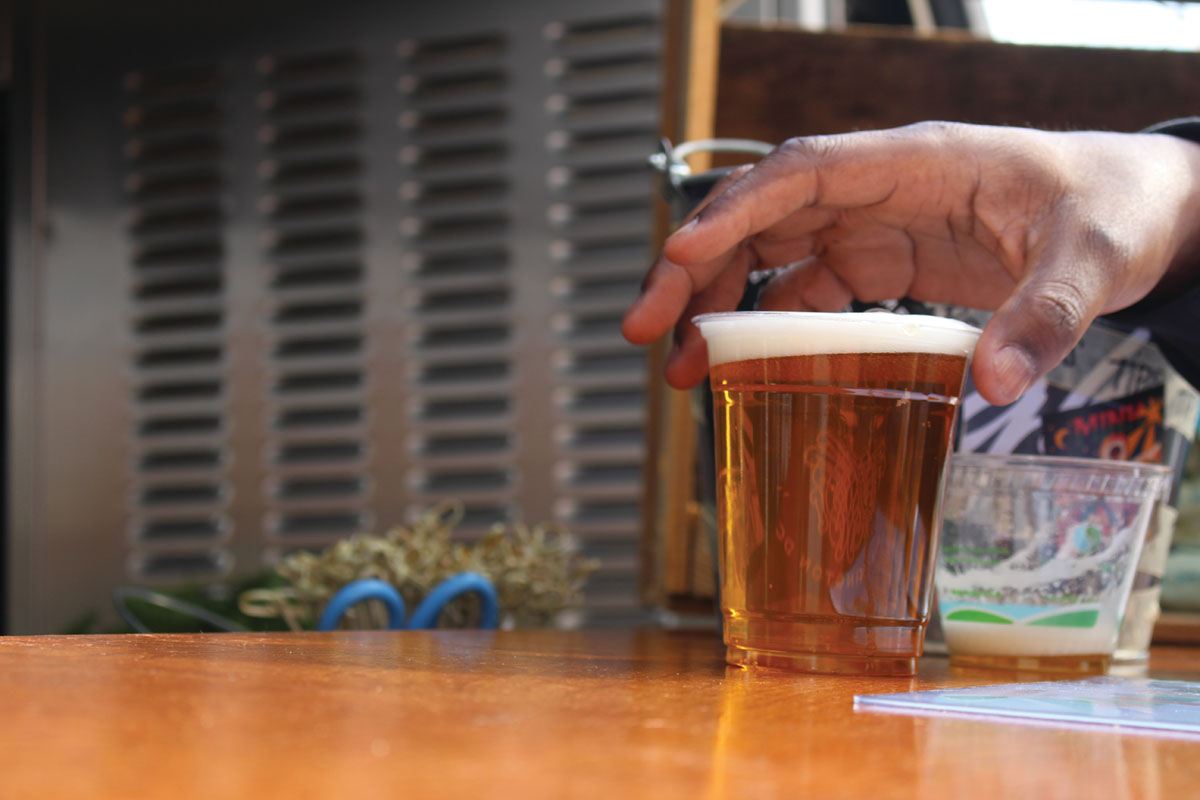 BREWERS ON THE BLOCK

Gina Chersevani, one of D.C.’s longtime leading mixologists, hosts this fifth annual event at Buffalo & Bergen’s outdoor beer garden in Union Market as a Spotlight event of DC Beer Week (see entry under Food & Drink). Guests can get unlimited pours in a souvenir tasting glass from nearly 40 participating area craft brewers, with representatives on hand in a “Meet The Neighbors”-themed event. The lineup includes popular DMV breweries, including 3 Stars, Atlas, Blue Jacket, the Brewer’s Art, DC Brau, Denizens, Evolution, Manor Hill, and Port City, cideries, from D.C.’s own Anxo to Bold Rock from Virginia, and Jack’s from Pennsylvania, and meaderies such as Baltimore’s gluten-free Charm City Meadworks. Saturday, Aug. 25, from 6 to 9 p.m. Suburbia, 1309 5th St. NW. Tickets are $55, or $75 for VIP including entrance at 5 p.m. with exclusive food and reserved seating. Call 202-543-2549 or visit 5thbrewersblock.eventbrite.com. 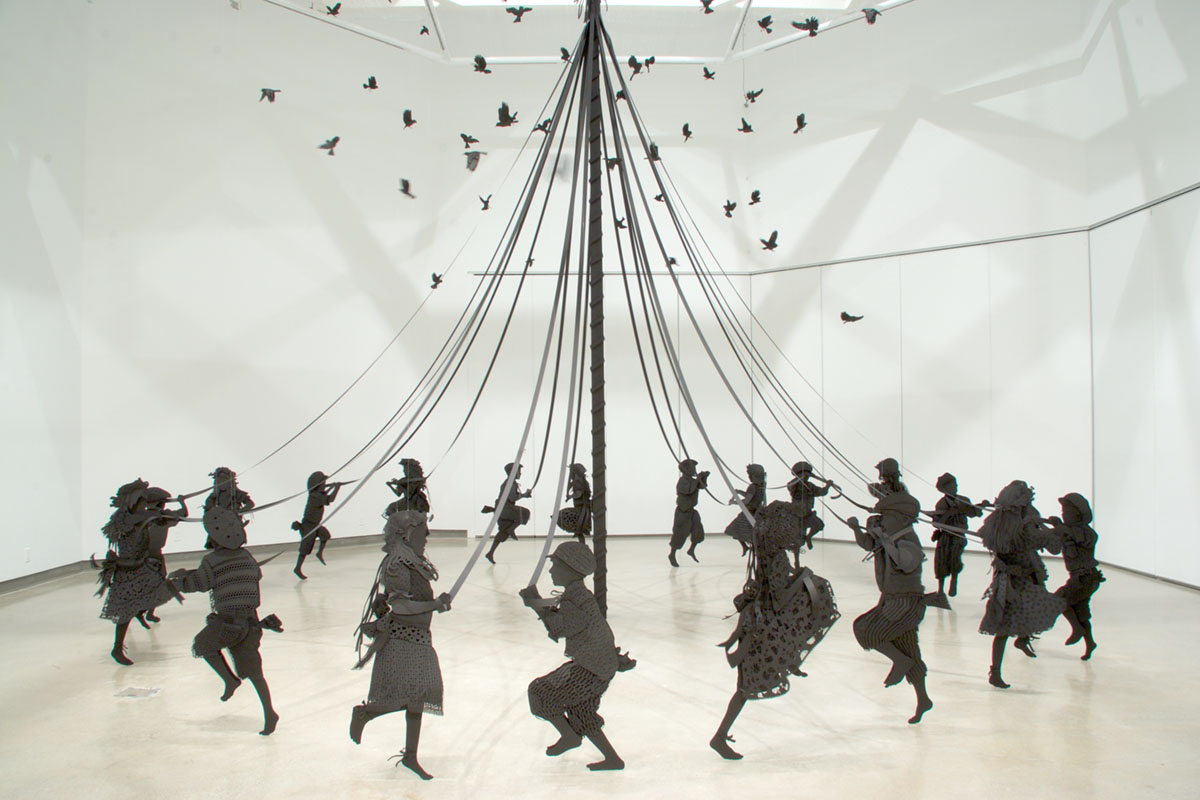 BLACK OUT: SILHOUETTES THEN AND NOW

The National Portrait Gallery presents the first major museum exhibition to explore silhouettes. Curated by Asma Naeem, Black Out reveals the complexities of this relatively unstudied artform’s rich historical roots and the contemporary relevance of silhouettes today. Ranging in scale from three inches to nearly 40 feet, the exhibit features mixed-media installations in a presentation of approximately 50 unique objects, dating from 1796 to the present, in particular with the inclusion of large works by four contemporary women artists: Kara Walker, with her panoramic wall murals, Camille Utterback via an interactive digital installation that reacts to visitors’ movements and shadows, Kristi Malakoff’s life-size cutouts of children dancing around a Maypole, and Kumi Yamashita’s intricate, shadowy installations. Also notable is a section illuminating silhouettes previously “blacked out” in historical narratives — those featuring same-sex couples, cooks, activist women, enslaved individuals, and the disabled. On display to March 24, 2019. National Portrait Gallery, 8th and F Streets. NW. Call 202-633-8300 or visit npg.si.edu.