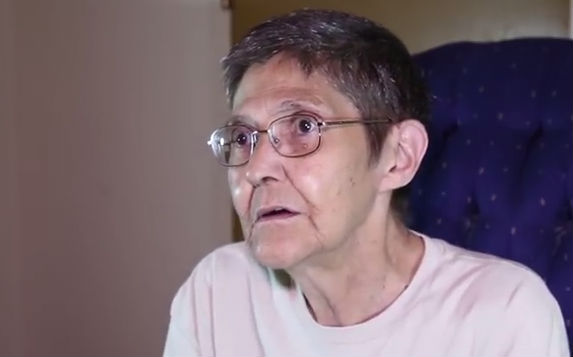 A lesbian senior will finally get her day in court after federal judges restored a lawsuit she brought against her assisted living facility for failing to protect her.

Marsha Wetzel alleges she suffered harassment, discrimination, and violence at the hands of other residents because of her sexual orientation.

Wetzel claims she was mistreated by fellow residents and administrators after they discovered she was a lesbian.

Wetzel moved into Glen St. Andrew after being evicted from the home she had shared with her late partner by her partner’s siblings. After she disclosed to other residents that she had been in a 30-year relationship with a woman and they had raised a child together, some residents began to harass her, physically attack her, and call her names like “fucking dyke,” “fucking faggot,” and “homosexual bitch.”

Wetzel complained to management, but administrators retaliated against her for complaining. Enlisting the help of Lambda Legal, she sued for discrimination, alleging that the assisted living home’s actions — or failure to act to protect her from harassment and physical abuse — constituted discrimination on the basis of sex, which is prohibited by the Fair Housing Act. She also alleged the center violated her civil rights under the Illinois Human Rights Act, which prohibits discrimination based on sex and sexual orientation.

In January 2017, the U.S. District Court for the Northern District of Illinois dismissed the case without addressing the claims of sex discrimination or discrimination based on sexual orientation, instead broadening the question to the facility’s general responsibility for protecting residents from harassment and violence suffered at the hands of fellow residents. Wetzel’s lawyers appealed to the 7th Circuit, where a three-judge panel reversed the dismissal of the lawsuit.

“Not only does [the Fair Housing Act] create liability when a landlord intentionally discriminates against a tenant based on a protected characteristic; it also creates liability against a landlord that has actual notice of tenant‐on‐tenant harassment based on a protected status, yet chooses not to take any reasonable steps within its control to stop that harassment,” Chief Judge Diane Wood wrote on behalf of the court.

Noting the court’s previous ruling in Hively v. Ivy Tech Community College finding that discrimination based on sexual orientation constitutes a form of sex discrimination, and “applies with equal force” under the Fair Housing Act, Wood wrote that “the harassment Wetzel describes plausibly can be viewed as both severe and pervasive,” rejecting Glen St. Andrew’s attempt to dismiss Wetzel’s complaints of harassment “as no more than ordinary ‘squabbles’ and ‘bickering’ between ‘irascible,’ ‘crotchety senior resident[s].'”

Wetzel’s lawyers celebrated the victory, which allows them to pursue their original lawsuit in the lower courts.

“This is a tremendous victory for Marsha,” Karen Loewy, senior counsel and seniors strategist at Lambda Legal, said in a statement. “She, just like all people living in rental housing, whether LGBT or not, should be assured that they will at least be safe from discriminatory harassment in their own homes. What happened to Marsha was illegal and unconscionable, and the Court has now put all landlords on notice that they have an obligation to take action to stop known harassment.

“This duty is particularly clear for senior living facilities like Glen St. Andrew, whose staff are entrusted and paid to provide a safe living environment for seniors, including LGBT residents,” added Loewy. “We are grateful that the Court understood and reinforced that understanding.”

Wetzel issued her own statement thanking the 7th Circuit for recognizing her legal rights.

“The Court today struck a blow for me and for all senior citizens — gay or straight — who deserve to feel safe and to be treated with respect,” Wetzel said. “That’s not too much to ask. No one should have to endure what I endured because of who I am.”

John Riley is the local news reporter for Metro Weekly. He can be reached at jriley@metroweekly.com
← Previous Story Gay Utah Republican says LGBTQ suicide rates are linked to high numbers of sex partners
Next Story → 16 states urge Supreme Court to rule employees can be fired for being LGBTQ