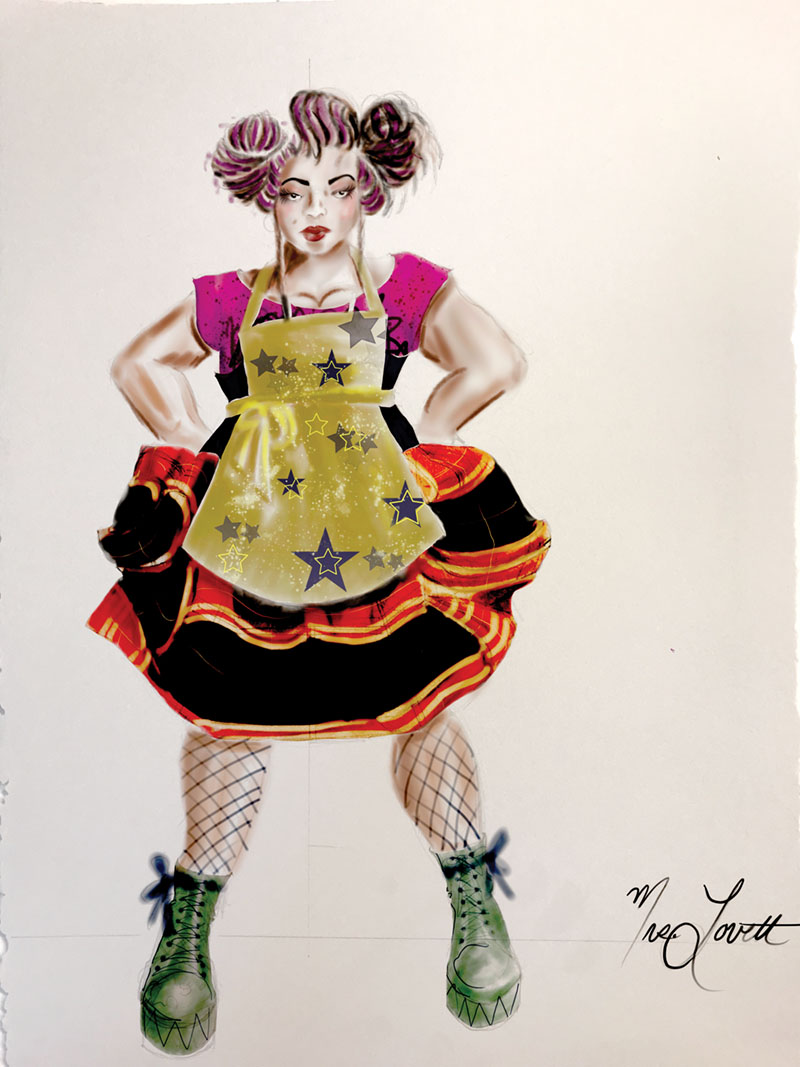 “It’s incredibly rewarding to be able to reinterpret Sweeney Todd and to give it a bit of a fresh life,” says Sarah Cubbage, costume designer for Rep Stage’s bold new production of one of Stephen Sondheim’s most famous works. Cubbage was especially delighted when director Joseph Ritsch decided to set this Sweeney in modern times.

“He decided our cast of eight are London street artists. And as soon as you’re talking about artists, you’re talking about humans who want to express themselves visually,” says the 38-year-old designer, who has worked on dozens of productions regionally, as well as on Broadway. “Punk fashion, goth fashion, and subversive street fashion was really my inspiration. I looked at a lot of fashion designers who, like Vivienne Westwood and Alexander McQueen, feel at once very British and also a little subversive, which is really at the meat of Sweeney Todd.”

Pressed to pick a favorite character to design, Cubbage opts for Mrs. Lovett, who she provided a “goth punk aesthetic.” “Mrs. Lovett is fascinating,” says Cubbage who also created the costumes for Rep Stage’s production of Dorian’s Closet. “She’s a little down on her luck and then she gets some money. She’s into fashion, she’s into decorating her pie shop, she’s into the presentation of her work. We’ve got this idea to do purple dreadlocks on Mrs. Lovett that are sort of piled up and messy and fun. Jade Jones, our wonderful actress, was really into the idea.”

Most productions of Sweeney Todd incorporate a healthy dollop of gore, as the “Demon Barber of Fleet Street” slices the throats of his customers, creating the base ingredient for Mrs. Lovett’s popular meat pies. But Cubbage says the bloodier aspects of the show are being reconceived.

“There’s no physical blood,” she says. “We’re doing it in a more theatrical way. We see so much blood and gore in film and TV, that we’re almost desensitized to it. What’s wonderful about theater is to be able to achieve the terror of someone getting murdered with light and sound, to create the fear factor without getting everyone all bloody. That was Joseph’s idea from the outset. I was excited by it because again, it’s a new way to achieve our production of Sweeney Todd.” 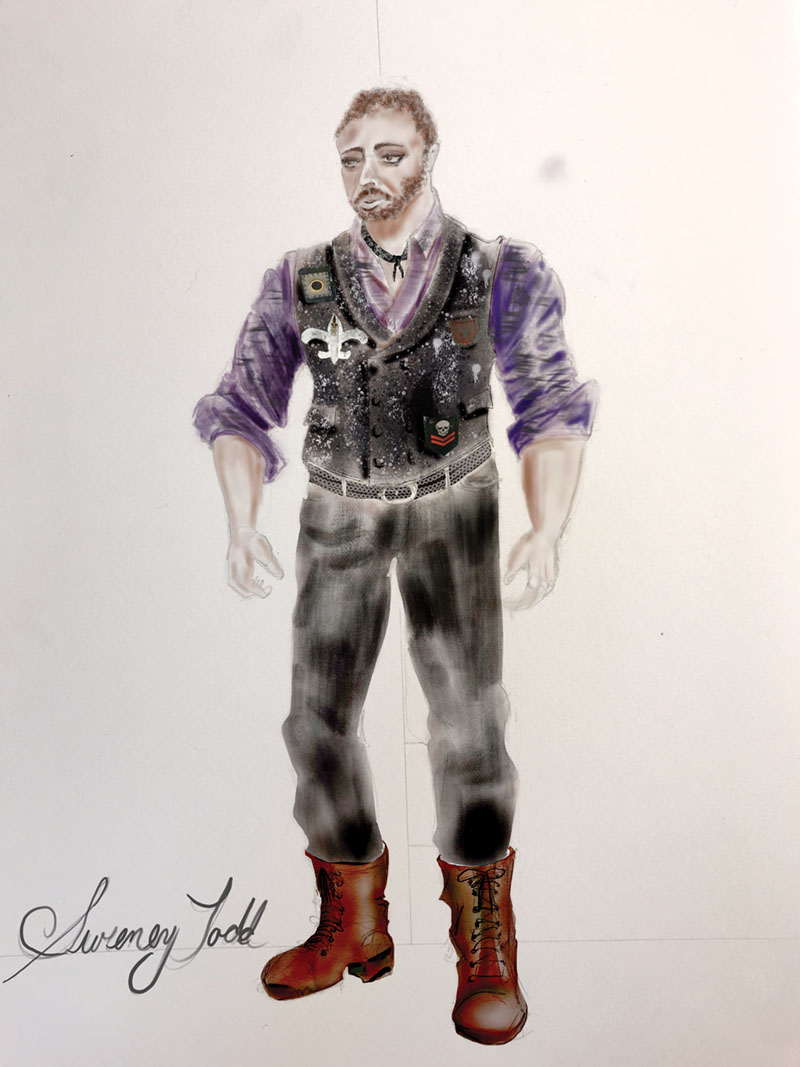 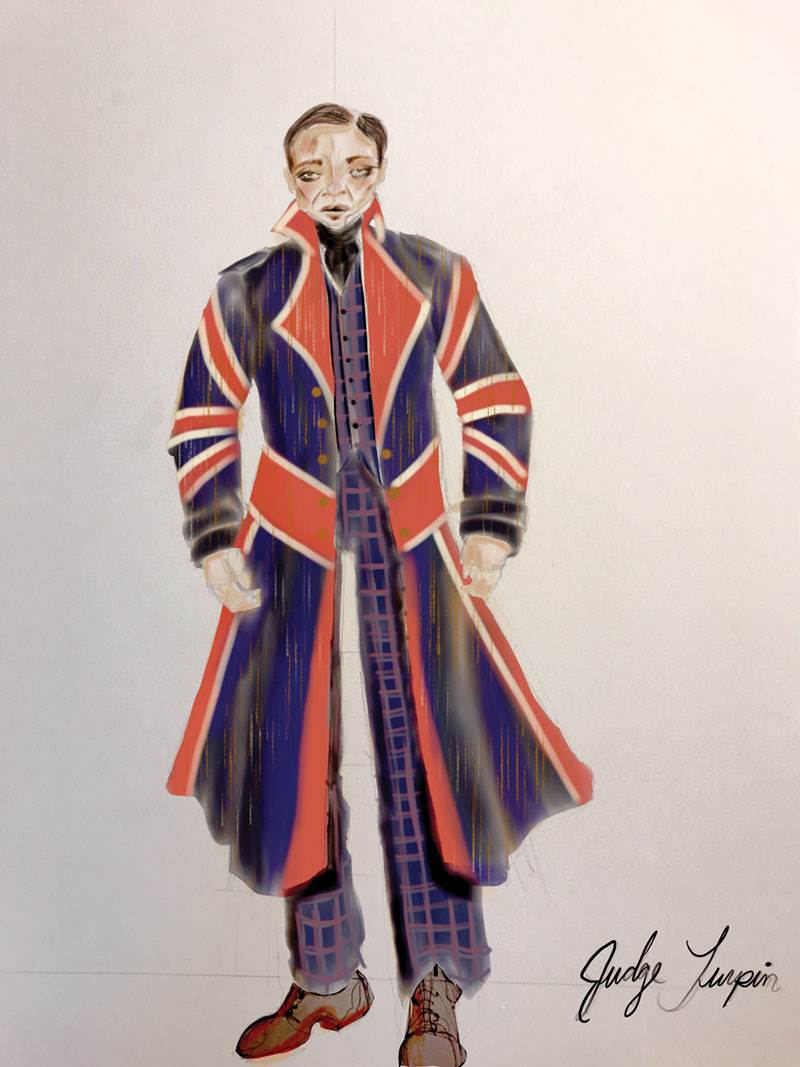 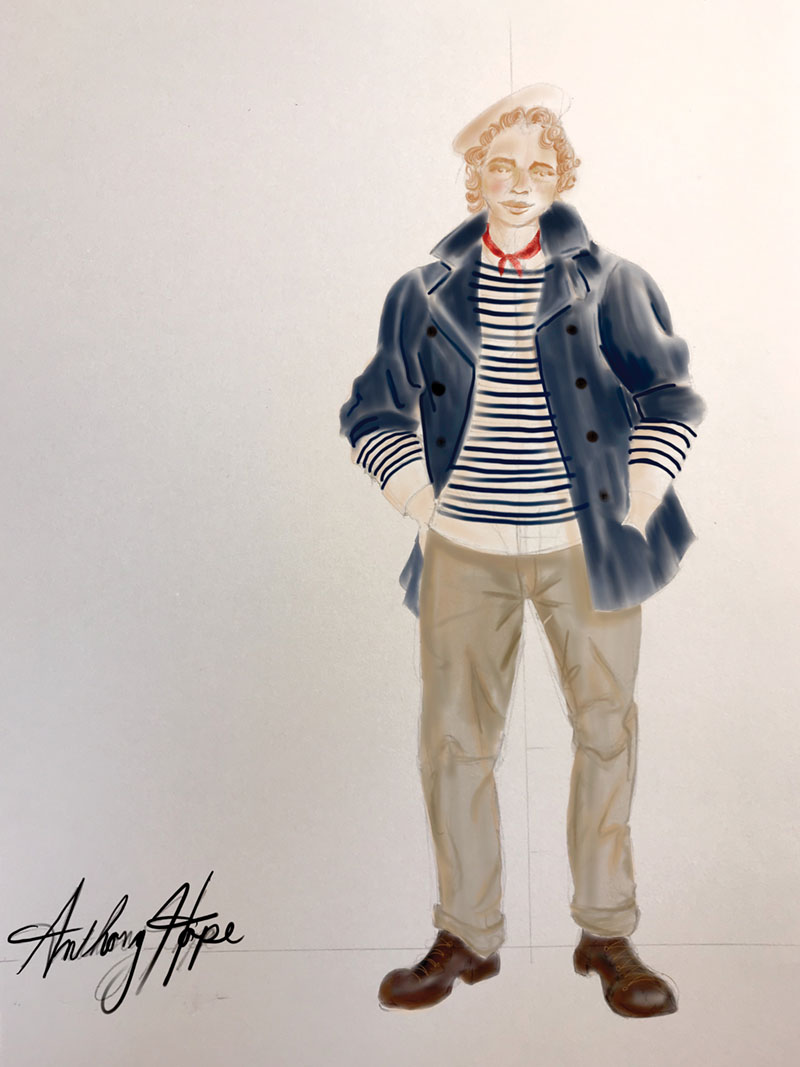 Sweeney Todd opens September 6 and runs through September 23 in the Studio Theatre of the Horowitz Visual and Performing Arts Center on the campus of HCC, 10901 Little Patuxent Parkway, Columbia, Maryland. Tickets prices range from $10-$40 for general admission. Visit repstage.org or call 443-518-1500.